Ukraine’s President Petro Poroshenko this weekend singed a law terminating an agreement between his cabinet and the Kremlin to build two reactors at the Khmelnytsky nuclear power plant with Russian assistance, Russian and Ukrainian media reported

Published on October 7, 2015 by Charles Digges 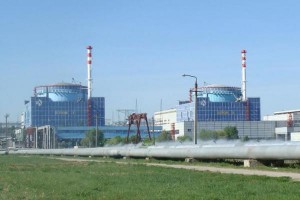 Ukraine’s President Petro Poroshenko this weekend signed a law terminating an agreement between his cabinet and the Kremlin to build two reactors at the Khmelnytsky nuclear power plant with Russian assistance, Russian and Ukrainian media reported

Poroshenko’s signature follows a vote on September 16 by the Verkhovna Rada, Ukraine’s parliament of 234 to 73 to cancel an ongoing arrangement with Russia to jointly build the plant’s final two reactors and to seek “an alternative partner” according to the UPI newswire.

Alexander Nikitin, chairman of the Environmental Rights Center Bellona, said the decision makes it clear that Ukraine and Russian “are breaking all ties.”

“The two countries essentially are in a state of war, and therefore there can’t be any discussion of joint construction of such a huge project as a nuclear power plant,” said Nikitin in interview.

Nuclear power plays an enormous role in Ukraine’s energy mix: The former Soviet Republic has 15 reactors operating at four nuclear power plants that generate about half of the country’s electricity.

The new freeze out of Russia in Ukraine’s nuclear sector is expected to pave the way for European suppliers to build modified versions of VVER-1000 reactors to complete the Khmelnytsky nuclear plant, Russia’s Interfax newswire reported.

Ukraine’s Deputy Energy Minister Alexander Svetelik blamed Russia for “failing to fulfill the obligation under the deal.” Moscow committed between $5 billion and $6 billion to the project in a 2010 agreement.

Russia’s state corporation Rosatom has yet to comment on Ukraine’s move.

Construction of the Khmelnytsky plant, which operates two Russian-designed VVER-1000 reactors, initially began in 1985, when Ukraine was still a republic of the Soviet Union.

The build was halted by the nuclear accident at Ukraine’s Chernobyl Nuclear Power Plant, which resulted in an explosion at the plant’s No. 4 reactor, spreading radiation across Ukraine, Belarus, Russia, and parts of Europe.

The plant is located in Ukraine’s northwest, far from the divisions between pro-Russian separatists in Ukraine’s industrial east.

“If we review the decision [to exclude Russian help] from the point of view of guaranteeing safety,” said Niktin, “then it could be the right decision, because you can’t leave nuclear power plants as abandoned construction sites.”

Nikitin added that in a period of economic crisis for Ukraine and Russia, building nuclear power plants is hardly practical.

“The only reasonable argument for [completing the plant] that could be construed as positive would be to fulfill Ukraine’s energy needs,” he said. “In the absence of gas and oil [which have traditionally been supplied by Russia], and the irregularities in coal supplies, Ukraine needs electricity.”

Bellona’s Andrei Ozharovsky, commenting on Bellona’s Russian pages, said the dumping the Russian assistance for completing the reactors was a win-win situation for both countries.

Environmental case against completing the plant

“The Ukraine avoids the appearance of two dangerous reactors that would have been built according to dated designs and housed in derelict structures ill-equipped to house them,” he wrote. “And Russia avoids spending $5 million to $6 million, the repayment of which, political tensions notwithstanding, was dubious.”

But Ozharovsky also contended that completing the plant might not be the most advisable course of action either.

The construction stoppage in 1985 left many things where they laid, and for 30 years, concrete poured for the plant’s No 3 and 4 reactors was exposed to the elements, making it unfit to support further reactor builds.

Ozharovsky noted that Russian and Ukrainian environmentalists had in 2011, when the two countries agreed on the cooperative reactor project, appealed Russia’s Sberbank not to extend credit for the build.

The basis for their urgings were that “the [reactor building project] contains significant financial, technical and ecological risks […].”

Additionally, said Ozharovsky, critics of the reactor deal zeroed in on how the Russian designed VVER-1000 reactors are an outdated design lacking in safeguards against core meltdowns.