Published on October 15, 2015 by Charles Digges 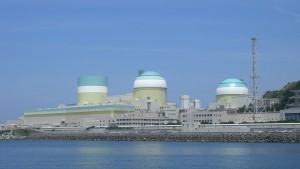 Sendai’s No 1 reactor was Japan’s first reactor restart following the triple meltdown at the Fukushima Daiichi. It restarted in August.

But, the hail of public protests surrounding the reactivation drew questions as to whether the Japanese government was truly meeting its regulator-imposed 100 percent local public approval requirements for restarts.

An activist poster urging Japan to protest the restart of Sendai's No 1 reactor. (Photo: coatitionagainstnukes.jp)

“It’s worrying that the first Japanese reactor was restarted amid such strong protest against it,” said Nils Bøhmer, Bellona’s executive director and nuclear physicist. “Even with stricter regulation, you can’t escape that the [Sendai reactors] are situated in one of the world’s most seismically active areas, where the risk of earthquakes and tsunamis is constant.”

When the six-reactor Fukushima plant was hit by a tsunami and an earthquake measuring 10 points on the Richter scale on March 11, 2011, the government idled its remaining 45 reactors.

Sendai’s No 2 unit had been idled for longer: It was shut down for a periodic inspection in September 2011 and had remained idle ever since, Asahi Shimbun reported.

Twenty-three of the 42 reactors that haven’t restarted are still under review for restart by Japan’s Nuclear Regulation Authority (NRA), the Nuclear Energy Institute said in a release earlier this month. The reviews are touted as some of the most rigorous in the world, setting engineers on reactors for as long as six months per unit to tear apart their engineering for their ability to withstand tremendous catastrophes.

The NRA has so far cleared Sendai’s two reactors, plus a reactor at Shikoku Electric Power Co.’s Ikata plant to be reactivated, but it was unclear if they’d been green-lighted by regulators.

Kyushu Electric Power is also seeking to reactivate the No 3 and No 4 reactors at its Genkai nuclear power plant in Saga Prefecture, the paper said.

Bringing the first two reactors back online as part of the government’s plan to restart as many as possible has been fraught with protests and public wariness.

It has also raised questions about whether Japan’s new NRA – formed in the wake of the Fukushima disaster to disentangle industry and regulator cronyism – is more independent than as its predecessor.

“Even though nuclear regulators in Japan haven been re-organized and strengthened after the Fukushima accident, it is still in question as to whether they are strong enough and independent enough,” said Bellona’s Bøhmer.

Public disapproval of Sendai No 2

Utilities began submitting an avalanche approval requests to switch their reactors back on in July 2013, overwhelming the new regulator.

The government plans to have nuclear power account for 20 to 22 percent of the country’s total electricity supply by 2030, compared with roughly 30 percent before the disaster at the Fukushima complex, said The Japan Times.

According to the paper, about 100 anti-nuclear protesters gathered in front of the Sendai facility in Satsuma-Sendai on Thursday, demanding the utility stop the reactivation.

But that’s 10 times shy of the number that gathered outside the home of Japanese Prime Minister Shinzo Abe in August before Sendai No 1’s restart. 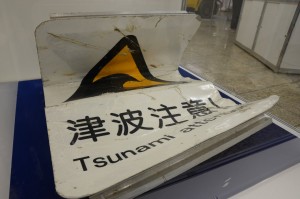 “The public wants to do away with nuclear power. Our voice of protest has been ignored, but we will continue to call for ” abandoning nuclear power stations, Hisashi Ide told the paper.

But Ide appears to be in a shrinking minority. The Japan Times reported that others were greeting the restarts with emotions ranging from resignation to support.

“If an accident occurs, I’m worried it could endanger [the health of] children,” the paper quoted a man in Satsuma-Sendai as saying. But he expressed his support for the restart, saying, “We have seen more people walking around the city after the No 1 unit [at Sendai] started operating.”

The usually feisty Asahi Shimbun – which ran a scathing editorial accusing the new nuclear regulator of willfully ignoring safety shortfalls to get Sendai’s Unit 1 up and running – was sedate in today’s report marking the restart of Unit 2.

Its article made no mention of protests, and lavishly quoted officials promising safety.

Asahi Shimbun had in its previous investigations revealed that the NRA approved a management plan for the Sendai plant even though its operator had not finished conducting some required earthquake stress tests on some aging equipment.

It further identified that the area surrounding the Sendai plant was lacking in facilities to treat victims of, and guide refugees from, a crisis at the plant should a mass evacuation be necessary.

The paper also pointed out that, Sakurajima, one of Japan’s active volcanoes, is only 50 kilometers away from the Sendai plant.