Woes continue to mount around the construction of Finland’s Olkiluoto 3, the new generation European Pressurized Reactor (EPR), as new cost estimates for its completion have reached new heights, hitting the $11 billion dollar mark, Helsingen Sanomat reported, outpacing expenditures on ultra-luxury hotels and paying for the reconstruction of the World Trade Center three times over.

Published on April 2, 2014 by Charles Digges 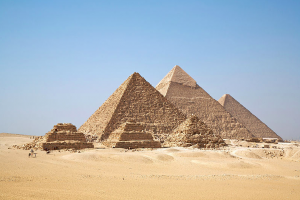 Woes continue to mount around the construction of Finland’s Olkiluoto 3, the new generation European Pressurized Reactor (EPR), as new cost estimates for its completion have reached new heights, hitting the $11 billion dollar mark, Helsingen Sanomat reported, outpacing expenditures on ultra-luxury hotels and paying for the reconstruction of the World Trade Center three times over.

AREVA/Finland, the consortium building the reactor, responded in a statement that called the comparisons drawn on by Helsignen Sanomat “unfruitful.”

The project, which as of last year this time was already running $7 billion, or €5 billion, over its originally estimated price tag of €3 billion, sheds a dim light on the practicality and expense of the first-of-its kind reactor, which has been touted as a revolution in nuclear power production.

Nils Bøhmer, Bellona’s general director and nuclear physicist called the new round of cost overruns “absolutely insane” and questioned why such lavish sums could not be expended in the field of far cheaper renewable and alternative energy sources. The coverage of the newly announced bill for the reactor in Helsingen Sanomat, Finland’s usually staid and respected daily paper of record, took a positively jeering parry at the cost overrun, and summoned comparisons to the world’s most expensive casinos, luxury hotels  and even the Pyramids and the Taj Mahal to make its point.

The paper further asserted that the cost of  Olkiluoto 3 would easily build three new World Trade Center Ones in New York City.

The paper also drew on the cost of Singapore’s ultra-luxury Marina Bay Sands Hotel and casino, the world’s most expensive building, which, on its completion, weighed in at €5.2 billion.

But as time has shown, the building of any nuclear power plant is always a gamble, making the newspaper’s comparison quite apt. Virginie Moucquot-Laiho, vice country director and communications director of AREVA Finland, said the cost comparisons to skyscrapers and luxury hotels drawn by the newspaper provided an inaccurate illustration of what is at stake in the building of the EPR.

“It is evident that building a nuclear power plant is more complex and has related expenses, particularly linked with nuclear safety, that are incommensurable with conventional civil construction works,” Moucquot-Laiho said in her emailed statement.

“The Olkiluoto 3 EPR fulfills the world’s highest safety requirements and will produce electricity for Finland for 60 year,”  Moucquot-Laiho’s statement continued. “All parties involved in the project share a common goal: to finish the project, while guaranteeing the highest standards of operating safety.”

The original contract between Finland’s Teollisuuden Voima (TVO) and Areva-Siemens signed in 2003 envisioned the plant would cost € 3.2 billion, with a completion date of 2009. TVO announced in December 2011 that it anticipated the 1600 MWe plant to begin commercial operation in August 2014, some five years later than originally planned. By that same year, the ancitipated costs of the plant had balloned to €8.5 billion, according to data released by Areva.

The giant facility, which is under construction on an island in the Baltic Sea, is forecasted to be large enough to supply 10 percent of Finland’s electricity needs.

Helsingen Sanomat’s Tuesday article did not report any further delays to the beginning of commercial operation of Olkiluoto 3,

In fairness, the paper pointed out that Canada’s Darlington Nuclear Generating Station located on the northern shore of Lake Ontario and running 4 CANDU reactors, similarly ran into insatiable cost overruns. By its completion the plant had cost €13.8 billion do built.

But this is arguably a slightly better deal: Darlington kicks out 3,512 MWe of energy to Olkiluoto 3’s projected 1600 MWe. Roughly, each of Darlington’s reactors cost some €3.5 billion and produce 878 MWe of energy a piece, according to Ontario Power Generation, the plant’s owner.

This means they two reactors at Darlington can produce the slightly more power than Olkiluoto 3 for a discount of a billion Euro.

Furthermore, Darlington only blew its original budget parameters by twice its initially announced cost, according to the March 4, 1993 edition of The Toronto Star, where Olkiluoto 3 has surpassed that to almost three times its originally planned cost.

Bøhmer said the tremendous skyrocketing of building nuclear reactors was attributable to the fact that reactors require tons and tons of concrete. But even so, he said, the experience of some 60 years of building nuclear power plants worldwide should lead to more accurate cost estimates than the nuclear industry can produce.

What becomes especially troublesome, he added – especially with all that concrete involved – is how much it will cost to dismantle these nuclear facilities, including Olkiluoto 3.

“This is math no one does at the beginning,” he said. “This leads to further uncertainty about the growing costs of the nuclear industry, because there are no cost analyses for dismantlement and safe storage of the resulting nuclear waste.”

For the accountants running the book on Olkiluoto 3, there is bound to be hell to pay eventually. In that case, they can always slip the country to Hong Kong and ease their conscience a bit in the knowledge that the airport there cost a cool $21 billion, according to Helsingen Sanomat’s figures.