MOSCOW – An attempt by nuclear power allies in Bulgaria to garner support for the Belene atomic energy plant and the advancement of nuclear power was apparently scuttled in a Sunday general referendum, which did not meet minimum turnout requirements to be considered legal, but which still puts the breaks on Russian efforts to build the Belene NPP.

Published on January 29, 2013 by Andrey Ozharovsky, translated by Charles Digges 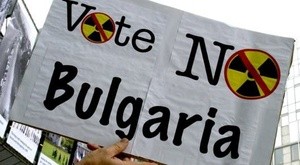 Bulgaria’s anti-nuclear government is unlikely to force the issue to appease nuclear supporters, and the failed referendum leaves Atomstroyexport, the foreign reactor building wing of Russia’s state nuclear corporation Rosatom, with a partially completed nuclear power plant it will not be allowed to finish.

A turnout of 20 percent of voters cast ballots against the new plant and nuclear power development in Bulgaria, with only 832,742 people voting for the plant. Although the turnout was low, the referendum still means that a decision of the Bulgarian government to refuse to build the plant remains in force. Many news outlets, such as the Associated Press and World Nuclear News have gone so far as to report the invalid referendum as a vote by the country for nuclear power development, even though the miniscule turnout at the referendum prohibits a nuclear buildout.

The poll represented the first public referendum in Bulgaria since it eschewed Communism in 1989.

Nuclear power has no place in Bulgaria

The referendum that took place on Sunday put the question “Should Bulgaria develop nuclear energy by constructing a new nuclear power plant?” to voters. Bulgaria’s Central Election Commission reported turnout at slightly over 20 percent – three times less than the 60 percent turn out required for the referendum to be legal. The referendum therefore must be declared invalid, with the decision not reached.

In March last year, Bulgaria’s government decided against building the Belene plant, designed by Russia’s state nuclear corporation Rosatom. Bulgaria’s reason for rejecting the plant were high costs and doubts about its safety.

The nuclear industry with the help of the Bulgarian Socialist Party initiated the referendum on the continued construction of the Belene plant in the northern part of the country along the banks of the Danube River near the Romanian Border. Later, the formulation of the question put forth in the referendum was changed to be a more general query about support of nuclear development in the country as a whole, be it Belene or any other prospective nuclear power plant.

“Before the referendum, Greenpeace called upon Bulgarians to vote ‘no,’” said Denitza Petrova of the organization’s Bulgarian branch. “We assert that nuclear energy means risk, high costs and corruption. Bulgaria unequivocally did not believe the propaganda of the last months and invalidated the country’s first-ever referendum.”

The government’s decision to not build Belene was preceded by regular protests.

By law, for a referendum to be considered legal, Bulgaria requires that at least as many voters to turn out as did for the previous parliamentary elections. At the last parliamentary election, 60.2 percent, or 4.3 million, voters came to the polls. As such, a 60 percent voter turnout for Bulgaria is not especially high, and if nuclear energy had the support of the population, the referendum in all likelihood would have panned out.

According to data from Bulgaria’s Central Elections Commission, 1,375,006 people took part in the referendum. Of those, 832,742, or 60.5 percent, supported the development of nuclear energy. That result is not surprising, as the referendum itself was initiated by the pro-nuclear lobby.  Practically all of these voters participated and voted ‘yes,’ while their opponents preferred not to take part.

In any case, the referendum on developing nuclear power and building the new NPP was supported by only 832,742 of more than 7.1 million registered voters, or less than 12 percent.

Because slightly more than 20 percent of voters took part in the referendum, Bulgarian parliament it thus obligated to itself discuss the question put forth in the referendum. But the majority of parliament is opposed to building the Belene NPP, so it is unlikely they will take heed of the 12 percent of those voters who spoke out for the plant at Sunday’s polls. A review of the referendum is likely to be the only result in parliament.

Although the questions on Sunday’s Bulgarian referendum and Lithuania’s October 14 referendum on nuclear power resulted in a vote of no support for nuclear power in both newly minted EU states, the referendums were in fact quite contradictory in their origins and purposes.

In Lithuania, the building of the Visaginas NPP had the government’s support while their referendum was being held, and the referendum was initiated by nuclear power opponents. The public, however, turned out to the referendum in relatively high numbers, voted the plan down.

Bulgaria’s referendum was held under a government that was decidedly against building that country’s proposed Belene NPP, and the referendum was initiated by proponents of nuclear power. But the citizenry did not support the referendum, refusing to participate in it.

Referendum a loss for the nuclear industry

The past has shown that the nuclear industry invariably loses referendums on questions of new nuclear build outs. As early as 1978, Austria in a referendum refused the launch of the already-built Zwentendorf NPP. Italy closes its nuclear reactors in a 1987 referendum in which 80 percent of the population voted against their continued use. The Italians again turned out in force in 2011 when 94.1 percent of the population voted against reviving the country’s nuclear industry.

Even Russia has its experience with refusing a nuclear power plant – not on a national level, but at least on a regional one. In 1996 in the Kostroma Region, the majority of voters turned out to dump the construction there of a new nuclear power plant.

The good news for Russia

“Attempts to achieve the renewal of the Belene project through a national referendum failed with a crash,” said the Russian environmental group Ecodefence. “The people demonstrated to politicians, who called for saving Belene, that the project had not public support.”

“For Russian taxpayers, this is good news,” said Ecodefence co-chair Vladimir Slivyak. “Had the Belene project been renewed, some €10 billion would have been shipped to Bulgaria, well known for its high level of corruption and low standards of nuclear safety,” he said, adding, “And one can hardly see that these funds would have been returned in the foreseeable future – now, by all measures, there will be no NPP and no Russian credit for one.”

The downfall of the Belene project was economic. Building the plant is just too expensive, the prospects that it would pay for itself were murky, and Russian credit would have added to the debt load of the country as well as its political dependence. Prime Minister Boyko Borisov has said that independent of the referendums results, there are simply no means to build the new plant, RIA Novosti reported.

But the construction of the NPP was not supported by the referendum, so the government’s decision to refuse to build the expensive and dangerous plant remains in force.