Environmentalists push back against Dutch government over new reactor construction

AMSTERDAM – In a report by the Netherlands branch of the World Wildlife Fund, environmentalists are pushing back against the government of Prime Minister Mark Rutte over his desire to build a new reactor at the country’s single nuclear power plant.

Published on November 23, 2011 by Charles Digges 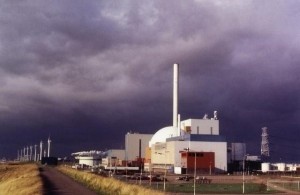 Rutte’s government wants to erect a second reactor near the site of the country’s sole and aged nuclear station Borssele, located in Zeeland, a southwestern province of the country. But a World Wildlife Fund report written for the CE Delft consulting firm has argued against it for safety and economic reasons, the Netherlands’ NRC Handlesblad newspaper reports.

Aside from calling into question the government’s assertion that a new reactor would lower electric bills, boost employment for Dutch workers and other economic benefits, the report says the new plant just cannot meet required safety standards, and that calculations for the probability of a serious accident provide “a false sense of security.”

The Netherlands has not gone the way of Germany, Switzerland or Italy, all of who have eschewed nuclear power in the wake of Fukushima. Nor has it said it will consider a phase-out conditional on other supplies of energy, like Belgium, its neighbor to the south.

But nuclear energy is nonetheless largely unpopular with the public in the Netherlands, Europe’s most densely populated country.

Neither authorities nor banks will finance new plant

The Rutte government, especially his economic minister, Maxine Verhagen, has tried to sell the building of a second plant at Borssele as a boon to Dutch jobs and electricity output.

But the WWF report for CE Delft, said the plant would be expensive to build because it would be built without government support – a side effect of the unpopularity of nuclear power in the Netherlands.

Dutch banks further have said they would ask for higher risk premiums on their loans should they be tapped for the building of the new plant, CE Delft argued in the report, as quoted by NRC Handelsblad newspaper.

Recouping the cost of building the plant, argues CE Delft, would have to be passes onto consumer electricity bills, which would skyrocket beyond costs paid for coal or gas powered energy.

The CE Delft report continued to say that a new nuclear reactor in the Netherlands would do little to contribute to scientific innovation. Nuclear power plant builders for the most part are foreign firms.

The job boom estimated by Verhagen, therefore, is overblown, concluded the report, saying that at maximum, 150 Dutch jobs would be created during construction and perhaps another 150 after the new plant when online.

The report also calls into question that the probability of damage to the reactor core of the new reactor would occur less than once every million years. Probable accident scenarios are difficult to calculate, said the report as quoted by NRC Handelsblad, and do not include any probability of extremely rare events, such as those that rocked Fukushima in March

CE Delft said that the calculations on the likelihood of accidents at the prospective plant therefore give “a false sense of security.”

The Borssele plant earlier this month completed a preliminary set of EU mandated stress tests. Final results will be presented to the European Council in June 2012.

The Kernfysische Dienst (KFD), the independent regulator of nuclear installations in the Netherlands, will carry out further checks on the results of the stress test. Verhagen has said he will present these results to Dutch parliament by the end of December.

Verhagen said, “the initial results give absolutely no reason to question the safety of the Borssele plant.”

Test results showed, however, according to Dutch media, that several safety issues should be addressed at the plant.

The economic ministry said plant operator EPZ intended to take corrective actions to improve safety, such as conducting a review of operational procedures and investing in extra water pumps.

In a report released on in early November, EPZ said that a number of safety procedures, such as developing guidelines in case of extensive damage to the Borssele plant, needed to be drawn up.

Implementation of training would, among other things, ensure that the actions taken to ensure water supply in the event of a power shortage are performed in a timely manner.