Europe’s largest engineering company, Germany’s Siemens, has announced it is leaving the nuclear energy sector. And though Siemens will continue business as usual with those companies in Russia that are not involved with nuclear projects, the decision means the end of its cooperation with the Russian State Nuclear Corporation Rosatom. How badly will the German giant’s move to shut the door on nuclear energy hurt the industry – and Rosatom’s interests specifically?

Published on September 21, 2011 by Vladimir Slivyak, translated by Maria Kaminskaya 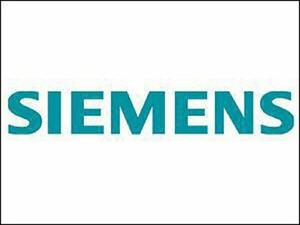 Speaking with the German weekly Der Spiegel last Sunday, Siemens’s CEO Peter Loescher said that not only was the company quitting all nuclear reactor construction projects in its customer countries, but it would also cancel the previous plans of entering into a joint venture with Russia’s Rosatom. Siemens’s decision is perfectly in line with Germany’s earlier move to phase out nuclear power in favour of developing renewable energy sources. But it has undoubtedly dealt a heavy blow to Russia’s ambitious nuclear interests abroad. It was through the joint venture with Siemens, after all, that Rosatom was hoping to improve its chances at landing new reactor orders in the European Union’s more recent member countries.

“We will no longer be involved in overall managing of building or financing nuclear plants. This chapter is closed for us,” said Loescher, explaining that Siemens could not ignore the negative stance toward the nuclear energy industry now held both by German society and the country’s government. Last May, Germany finally already moved to close down all seventeen of its nuclear power plants (NPPs) by 2022,  a step that came as a direct result of the disaster at the Japanese nuclear power plant Fukushima Daiichi.

That decision was not new and has, in fact, been in force for more than ten years, but the German government had twice changed the deadline by which its nuclear power sites were to be shut down. At first, Germany was going to pull the plug on all of its NPPs no later than by 2025. But last year, ceding to the intense pressure on the part of the national nuclear industry, Chancellor Angela Merkel’s government made the decision to postpone the nuclear phase-out. This caused nationwide protest actions, the largest of which, in Berlin, gathered more than 100,000 participants. But the nuclear tragedy that struck Japan last March, a disaster that country is still struggling to contain, forced Germany to reconsider the timeframe – this time, pushing the deadline forward rather than back. Germany’s last nuclear power plant is now expected to be shut down in eleven years.

The political climate in Germany has thus had a sweeping enough change to rule out any conceivable future for new reactor projects in the country. So, when announcing its decision to abandon all new nuclear projects, Siemens – which built all the seventeen NPPs now pending shutdown in Germany – is referring to its reactor construction business in Eastern Europe, Asia, and Latin America.

As far as at least some of these projects go – such as the construction of a third reactor at Brazil’s Angra NPP – it is going to be a rather difficult endeavour to find a replacement for Siemens. Though, to an outsider’s view, Siemens’s decision may seem like a fatal mistake that would only hurt the company’s own interests, the ripple effect will certainly not stop with the industrial giant’s bottom line. And no other company is likely to be hit as hard by Siemens’s exit from the nuclear scene than Russia’s Rosatom. Those plans that the Russian corporation was nursing of seizing a sizable portion of the European NPP construction market, and which were in fact hatched in view of the anticipated cooperation with Siemens – and availing itself of the latter’s lobbying clout in the European Union – well, those plans are now as good as rubbish.

On surface, the goal for Rosatom and Siemens’s now-defunct joint enterprise was equipment production. But the significance of this creation, were it to see the light of day, would have had to be assessed politically, first and foremost. Piggybacking on a respectable European brand such as Siemens would have opened that many more doors, and Siemens’s companionship meant better chances at winning international reactor construction tenders. And before the disaster at Japan’s Fukushima, that strategy was actually starting to work: Siemens’s representatives spoke publicly in support of Russian nuclear technologies (the VVER-1200 reactor design) and were even participating in the controversial project of Belene NPP in Bulgaria. As it happens, that project, too, seems to be on its last breath and may be closed soon.

It is quite apparent that Western industrial heavyweights would be of much help to Rosatom as it sought to repair the damage done to its image by the Chernobyl catastrophe of 1986, which the world wasn’t, and isn’t, just going to get over and forget about. Siemens was not the only company that the Russian nuclear corporation was trying to establish ties with, but it was cooperation with this company that was especially deep and breathtakingly exciting for Rosatom. Besides Siemens, Rosatom also approached a number of companies such as Siemens’s compatriot EnBW, but that never went beyond signing some sort of a non-consequential memorandum of intent. Italy’s ENEL was also considered by Rosatom as it was looking to attract additional investments into its own projects, but the Italians have financial struggles of their own to deal with, which is why it’s been taking them over a year now to come to a decision about whether or not to sign up for participation in the Baltic NPP Russia is building in its westernmost enclave of Kaliningrad. In spite of now three years’ worth of painstaking search for a Western investment partner to take upon half of that project – a first where participation of foreign funding in a nuclear construction project has been envisioned in Russia – any agreement has yet to be signed.

The very desire to have a foreign investor provide their backing to the Baltic NPP project, which is already under implementation, stems from the fact that Baltic NPP is supposed to be the first nuclear power plant in Russia’s history whose power will not be needed to satisfy domestic demand. The whole idea is to sell up to 100 percent of the power produced at this site, chosen to be built just a handful of kilometres away from the European Union border, to consumers abroad. So, if Rosatom manages to spark a flicker of interest in this project on the part of one or more major energy companies in Europe, it stands that much more of a chance to succeed at selling the plant’s energy to European consumers. And without energy sale guarantees, something that the Russian power export company InterRAO is busy trying to wheedle out of its European partners, the Baltic NPP project may simply end up being frozen for good.

Still, it’s not as if all Rosatom were getting were a brush-off  here and a cold shoulder there. In 2007, for instance, a joint enterprise was created between Rosatom and the French Alstom; this new company was to produce turbines. Alas, however, nothing solid ever came of this idea, either. The official explanation of why this cooperation was dissolved was “due to a lack of prospects for new orders.” It will likely remain an answered question as to what these two large companies were thinking of achieving, deciding to go into a joint venture without any anticipated orders on the horizon.

Compared to that, the brief affair with Siemens looked very promising, indeed. The lengths that the Germans went to for Rosatom even included suffering through a dispute with Siemens’s partners in another joint venture – namely, France’s Areva. An arbitration court earlier this year issued a ruling compelling Siemens to pay Areva $927 million in compensation. It stands to reason, doesn’t it, that Siemens would only accept such risks if it had something more than just a pie-in-the-sky idea for its future cooperation with Rosatom. Who knew, though, what a sad ending this all would have.

Of course, Siemens’s decision to quit the nuclear business was anything but uncalculated. And there is no doubt that the Germans were well aware of the generous budget Rosatom is afforded to secure credit lines for new nuclear power plants in friendly countries, not to mention the Russian nuclear corporation’s own lobbying potential in Moscow’s corridors of power. That, too, meant new contracts for the German giant. Apparently, Siemens concluded its chances at earning anything in the nuclear business were infinitesimal.

We might be witnessing, right now, the inception of a completely new trend – large companies that maintain stakes across a variety of industry sectors lining up for an exodus out of the nuclear field. If anything, this could lead to the nuclear construction sector bleeding investment funding heavily enough to make Rosatom’s snatching a piece of a reactor project abroad even more difficult than it is now. Even before the tragedy in Japan, there was, to put it mildly, less than enough investor excitement to sustain the idea of a “nuclear renaissance” – however glossy a picture some in the nuclear industry were trying to paint of the sector’s prospects.

That Siemens has decided to call it quits with nuclear is obviously good news. There is, however, a fly in that ointment for the Russian public – which is that Rosatom is now likely to satisfy its need in new construction funding by siphoning more money out of state coffers. At the expense, that is, of Russian taxpayers. Just why on earth Russian pensioners should sacrifice yet more roubles out of their already meagre pension so that Rosatom can keep building nuclear reactors on credit in Iran, India, and China is rather a rhetorical question. Hopefully, one day, we can trust the Kremlin to give away ministerial chairs to economists competent to do more than fleece the state budget or kick back to their industry buddies – namely, calculate and walk away from tangible commercial risks in, say, the nuclear power industry. Just like Siemens did.