The Swedish Radiation Safety Authority has asserted that the Swedish nuclear industry should pay more to a fund that would be used to ensure the safe storage of nuclear waste. 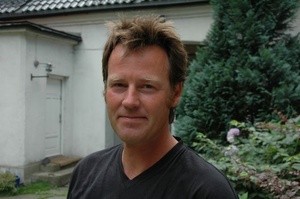 The Swedes are among those most knowledgeable about safe nuclear waste storage and what it costs in reality,” said Bellona’s nuclear physicist and executive director Nils Bøhmer.

“If they have been operation on a low estimate [for the cost of storing nuclear waste], there is every reason to suspect that other nuclear nations are doing the same thing,” he said.

Sweden operates three nuclear power plants with a total of 10 reactors, which produce 40 percent of the country’s electricity, according to the London-based World Nuclear Association. The remainder of Sweden’s energy needs are met by hydroelectric plants.

Bøhmer’s remarks follow on comments by the Swedish Radiation Safety Authority that it’s country’s nuclear industry must dig deeper in its pockets to fund the management of the radioactive waste it produces – increasing its contribution by some 300 percent.

Currently, Sweden’s nuclear power companies pay a fee of around 1 Swedish öre (about a third of a US cent) per kilowatt hour produced the so-called Kärnavfallsfonden or Nuclear Waste Fund.

The Swedish Radiation Safety Authority would raise this fee to 3.7 öre (or about 1 US cent) per kWh.

“Such a huge increase is a clear sign that it is difficult to calculate such costs. No one can rule out that the costs could be even more expensive,” said Bøhmer.

The reason for the prevalent uncertainty is that the costs for storage and disposal of spent fuel and other radioactive material to a large extent is a matter of predicting the future. When stored, nuclear waste and spent nuclear fuel remains radioactive for hundreds of thousands of years to come, and reckoning costs for it’s safe storage in present currencies is bound to be inexact.

An additional unpredictable cost is the development of absolutely safe and adequate storage methods – something no country in the world has ever done.

The nuclear industry in Sweden is against the cost hike for the reason that the Swedish Radiation Safety Authority has reviewed the industry’s cost estimates and found them to be on the low side.

According to Swedish Radio, the industry does not support the new cost estimates

“We agree that it is possible that it could cost more than previously assumed, but not so much, says Clas Thegerström of Svensk Kärnbränslehandtering – a company owned by the nuclear industry itself.

“The new signals suggest that nuclear power companies have made a gross underestimation of the costs surrounding the development and operation of landfills,” said Bellona’s Bøhmer.

Read more about the proposal in English on the website of The Swedish Radiation Safety Authority.