German Member of European Parliament Rebecca Harms deplored an incident at the Oskarshamn nuclear power plant in which two contract maintenance workers were arrested — and later let go — on suspicion of sabotage when a bag one of them was carrying was discovered to have traces of explosives on it. 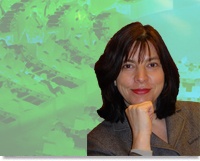 The remarks from Harms, who represents the Green Party, followed her fiery anti-nuclear speech at the European Nuclear Energy Forum in Prague Thursday, where she accused European governments of moving forward with ambitious nuclear plans while their populations remain squarely opposed to nuclear power development.

On Wednesday last week, two contract workers, one a welder, were arrested inside the perimeter of the Oskarshamn nuclear power plant in Southeast Sweden during a random spot check. Security found that a bag one of them was carrying had traces of triacetone triperoxide, or TATP, a highly popular and powerful explosive that figured in many terrorist acts in London in 2005 and suicide bombings in Israel.

It was also the choice explosive of "shoe bomber" Richard Reid, the man who hid a bomb in his shoe in a 2001 attempt to down a transatlantic flight to Miami.

Bomb scare a ‘wake up call’
"This is a wake-up call on the dangers of the insider threat, a highly significant issue that has been obscured for too long," said Harms in a statement released Friday.

"We request that the European Commission immediately launch an inquiry into the background of the Oskarshamn event and its relevance to all of the nuclear facilities in the EU. The details of the findings must be made available to the public."

Harms went on in her statement to criticise European Commission Energy Commissioner Andris Piebalgs and his recent plug for nuclear power.

"The incident also shows the absurdity of remarks by energy Commissioner Andris Piebalgs, who recently said the only problem with nuclear energy was the lack of support in public opinion," said Harms.

"The Oskarshamn incident is a timely reminder that there are more serious problems connected with nuclear energy."

Suspects released under vague circumstances
At the time of the arrest, authorities said two men were detained because ownership of the bag was uncertain. Both were held in custody overnight and let go Thursday.

A police statement on their release read that: "Both men have been cooperative, but they deny any wrongdoing and waived the right to legal counsel. There was no legal ground to hold them any longer."

Oskarshamn plant operator OKG played down the incident, saying there had been no threat to the safety of the plant — located about 250 kilometers south of Stockholm — at all.

The two men were initially held on suspicion of plotting sabotage, but were let go the next day after a plant-wide inspection failed to turn up explosives. The police would not release the suspects’ identities, saying only that one was born in 1955 and the other in 1962.

Prosecutors frustrated
However, Swedish prosecutors said both men still remain under
suspicion, and said that an inspection of one of the men’s houses turned up traced of TATP.

An obviously frustrated prosecutor, Gunilla Ohlin, said: "There was no reason to keep them under arrest anymore, but suspicions against them remain."

Police spokesman Sven-Erik Karlsson said the older suspect was known to police from prior investigations, but would not say what the previous investigations were about.

Nils Bøhmer, Bellona’s nuclear physicist, said the arrest of the two workers was a siren call for stronger security measures at the Oskarshamn Plant.

"The suspects were taken in a random check — something that shows that the two had the opportunity to bring in explosive materials with them earlier," he said.

She attacked the nuclear industry’s "massive and, so far, highly successful PR campaign to bring outdated technology back onto the agenda," and leveled criticism directly at French President Nicolas Sarkozy who she accused of being a "salesman" for nuclear technology to Algeria, Libya, Morocco, Tunisia, the United Arab Emirates "and anyone who asks for it kindly enough."

A big part of this campaign as it is played out in Europe, the United States, and even Russia, is the notion that a massive nuclear power push will help reverse the effects of global climate change — a push that would both be completed to late to have any real impact on fossile fule emmissions but would leave yet another legacy of waste and contamination.

Harms noted that England was a good, but only the latest, example of a growing number of European countries that have succumbed to the nuclear lobby with government promised to build more nuclear plants as part of an effort to combate climate chnage.

Speaking more broadly, Harms said the danger is not so much that nuclear power plants will "spring up like mushrooms," but the "dangerous and irresponsible misconception” that "nuclear power could be applied anywhere to the benefit of civil societies everywhere.”

None of the countries that Sarkozy is driving his hard sales pitch to, said Harms, have anything close to a working, independent and highly trained infrastructure to control and inspect nuclear facilities.

Majority of EU against nuke expansion
Most importantly, Harms said that the current PR campaign for nuclear power, and various governments’ acquiescence to it, ran against the grain of popular opinion.

"The Commission’s own studies have consistently shown that a vast majority of EU citizens don’t want nuclear power," said Harms.

This is especially resonant in Sweden. Sweden is not an EU member, but voters there turned out in force in 1980 to endorse a referendum that would phase out nuclear power in that country altogether by 2010.

A government study in 1995 however, overturned that policy, saying it would be economically impossible, opting instead to simply shut down the county’s Barsebaeck plant, and boost output at others.

Today, as a result of these government measures, nearly half of Sweden’s power comes from nuclear power plants.

Weighing this against last week’s brush with sabotage at the Oskarshamn plant, it is time for Sweden’s population to once again express its opinion against nuclear power both for the environmental and security dangers it poses.