NEW YORK – At least 10 Arab and Islamic nations in recent months have announced plans to boost or create nuclear power plants – a tendency many analysts ascribe to the aggressive stance of Iran, which is vigorously advancing its nuclear ambitions despite the threat of more UN Security Council sanctions and Western condemnation.

On Monday, French President Nicolas Sarkozy confirmed that France would aid Libya in its quest for nuclear energy, casting his decision as a preemptive strike against the eventual class war he predicts will break out if western nations deny “poor” Arab countries the “energy of the future,” AFX news agency reported.

On Sunday, Jordan’s King Abdullah II urged that country’s Higher Committee for Nuclear Strategy to accelerate its atomic power efforts, Al Bawaba news agency quoted him as saying. Jordan is seeking a nuclear programme “geared toward electricity production, and that it will be a completely transparent, according to the criteria established by the International Atomic Energy Agency (IAEA)."

Last week, Yemen announced that it will purchase its first energy reactor, according to the Yemenite news agency. And Egypt, late last year, said it intended to resume its nuclear programme. Departing from Cairo’s traditional secrecy, the government said it intended to build four nuclear reactors within 10 years.

But a worried Israel – itself a nuclear power with well-established weapons-making capabilities – has questioned why those nations, which sit on an estimated 25 percent of the world’s oil wealth, would need nuclear reactors for power.

Yet Israel itself – as the beneficiary of huge and largely classified cash infusions from American into its military might – is another possible spur to nuclear fever in the Middle East. The country’s underground plutonium-producing reactor at Demona, and its refusal to sign the Nuclear Nonproliferation Treaty of 1968, is an ongoing irritant to its Islamic neighbors.

US presidential candidates lighting nuclear fuses
While the US State Department, reached Friday by Bellona Web, would not comment on this new trend in the Arab world, it is something that is squarely on the radar screens of most US presidential candidates – many of whom have been publicly weighing hypothetical nuclear attacks on Middle Eastern countries like Pakistan, Iran, and Afghanistan. 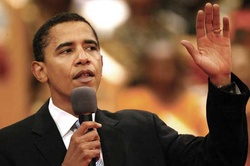 Russia and Iran an instructive lesson for reactor peddlers
This applies especially to Russia’s special nuclear relationship with Iran, and Moscow’s construction of a 1,000-megawatt light-water energy reactor in the Persian Gulf port of Bushehr.

Aside from his antic threats “wipe Israel off the map” and his refusal to halt uranium enrichment, Iranian President Mahmoud Ahmadinejad is right about one thing: As a signatory to the Nonproliferation Treaty, the Islamic Republic is well within its internationally protected rights to pursue nuclear energy for peaceful purposes.

The chaos currently characterising the nuclear relationship between Moscow and Tehran is a cautionary tale for other nations queuing up to sell reactors in the Middle East – notably for the French.

“If the French just go in and build nuclear power plants without thinking of nonproliferation and the like, this highly irresponsible behaviour, which we say with Russia and Iran,” said Bellona’s Kudrik.

The deal over Bushehr, which is scheduled to go online next year -but had been scheduled to be operational this year – has been fraught with disputes over fuel deliveries from Russia to Iran and accusations from Russian contractors that Iran is missing payments, something Iran strenuously denies.

US observers have commented that the supposed payment arrears of which Moscow accuses Iran are a smokescreen to disguise that Russia – long an apologist for the Iranian nuclear industry –finally understands the dimensions of Tehran’s alleged intentions. But the perceived cash crop in fuel sales to Iran leaves Moscow in a dilemma.

“Russia is now trying desperately to come out of the situation with Iran, thinking of schemes about how to deliver fuel to Iran and look nice in the eyes of the international community,” said Kudrik.

One wiggling attempt to do this, noted Kudrik, is Russia’s hasty plans to build an international uranium enrichment centre and fuel bank in Angarsk, Siberia for countries with nuclear power plants but no indigenous uranium supply.

Endorsed by the International Atomic Enery Agency (IAEA) and the United States as a way to ensure “terrorist” nations have no access fresh uranium, the proposed centre opens a radioactive can of worms for Russia – which will be obligated to repatriate the spent fuel the centre sells.

But Iran does have an indigenous uranium supply – though it is dependent at this point on Russia for the first two tons of fuel Tehran needs to bring Bushehr online. Russia has so far hedged about whether it would exclude Iran from its list of uranium bank clients.

Moscow is therefore in the embarrassing position of having to offer Iran money to take back spent fuel burned at Bushehr to ensure it is not reprocessed by Tehran for weapons purposes, said Kudrik.

“It just shows that Russia did not think of any of these things before going into the project,” said Kudrik.

“It remains to be seen what France will do” in Libya and the United Arab Emirates.

Monitoring the new plants
Not all the supposedly “civilian” nuclear plans now being laid will come to fruition. But some will. Yet a detailed two-year study by the Nonproliferation Policy Education Centre (NPEC), a Washington-based think-tank, has uncovered troubling flaws in the internationally approved verification and monitoring procedures for safeguarding nuclear materials against diversion or theft.

In a new report, NPEC’s director, Henry Sokolski, argues that UN nuclear inspectors from the IAEA have too little money for the job they are asked to do. Not only that, but the yardsticks by which the IAEA measures its own safeguarding success are woefully out of date. Indeed, some of its supposed safeguarding, the NPEC report argues, is inherently undoable.

According to the NPEC study, the amount of potentially weapons-usable nuclear material—either highly enriched uranium or separated plutonium—under inspection has increased far faster than the funds available for safeguarding it.

The NPEC report suggests more real-time remote-monitoring camera’s to address shocking discoveries by IAEA monitors of current camera “blackouts” at various nuclear facilities that lasted for more than 30 hours on 12 separate occasions. The lapses were discovered when IAEA teams visited the sites and downloaded the camera data, as they do every 90 days.

This is more than enough time to divert nuclear material and wreak havoc. The IAEA-fixed the measure of a militarily “significant quantity of highly enriched uranium is set at 25 kilograms and 8 kilograms for separated plutonium.

But these figures were arrived at 30 years ago, notes the Economist magazine – and what was considered dangerous at the early days of the atomic age is far less in the era of the terror of dirty bombs.

If monitoring is impossible, stop spreading nuke know-how
Though more observation cameras would be crucial, the IAEA budget is tight and increasingly relies on donations from, primarily, the United States and Russia to fulfill even its current monitoring capacity.

IAEA Director General Mohamad Elbaredei’s suggestion of international fuel centres – like the one currently under consideration in Angarsk, Russia – to prevent abuse of fuel technologies would seem to offer some solution to the monitoring problems that are beyond the IAEA’s means. But centre’s like this will require safeguards and monitoring as well.

Bellona therefore suggests that it would be far easier- and cheaper – to stop the spread of such fuel making technologies throughout the world.