Officials have said that Murmansk Region ranks among those with the most polluted air in the country, according to a new report published by Rospotrebnadzor, Russia’s federal consumer rights agency. 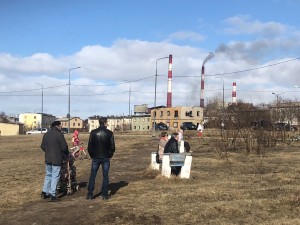 Officials have said that Murmansk Region ranks among those with the most polluted air in the country, according to a new report published by Rospotrebnadzor, Russia’s federal consumer rights agency.

The report, entitled “On the state of sanitary and epidemiological wellbeing of the population of the Russian Federation in 2018,” paints a stark picture of drier, hotter weather conditions conspiring with industrial pollution all while higher levels of toxins are being measured in area soil.

Specifically, the report says that heavy metal quantities in soil found in residential zones of the Murmansk Region exceed legal measures by three times. Chemical substances found in playgrounds and other areas geared toward children exceeded hygienic standards by the same amount.

The report assigns a wide net of blame for this pollution. Industrial toxins arising from metallurgical endeavors, fuel and energy production, chemical refining, the manufacture of building materials and construction itself, says the report, all share culpability.

The Murmansk region also falls in the top ten of those in Russia wherein the highest levels of air pollution was measured — identified in the report as areas where pollution levels measured more than five times the legal limit.

While the Rospotrebnadzor report falls shy of calling out specific polluters by name, the most recent environmental survey for Murmansk issued by the Natural Resources Ministry names names. Entitled “On the state of the environment of the Murmansk region,” the Ministry’s 2017 report says that the main sources of air pollution within the Murmansk region are the Kola Mining and Metallurgy Company, the Rusal Kandalashka aluminum plant, the Murmansk CHPP utility company, the Apatit mining and chemical refining enterprise, the Kovdorsky GOK mining operation, and the Olcon iron ore concentrate . 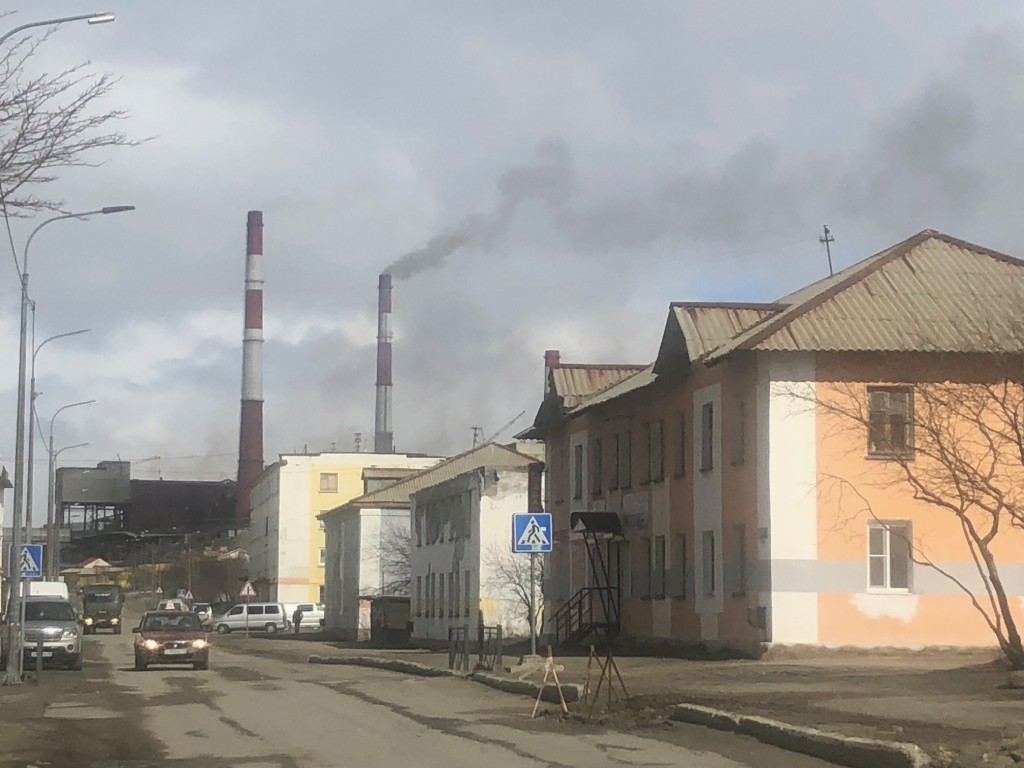 According to the data in the ministry report these so-called stationery sources of emissions contributed more than 80 percent of the total pollution measured in the Murmansk Region in 2017. Data for 2018 has not yet been published, but the previous year’s figures show that the main pollutants in the Murmansk Region’s air are sulfur dioxide, carbon monoxide, nitrogen oxide, as well as any array of other volatile organic compounds.   The bulk of these emissions, says the ministry’s report, came from industrial sources located within the Pechenga district of the Murmansk Region, which is home to the largest of non-ferrous metallurgy enterprises. In total, these sources contributed some 80.3 million tons of pollution to local atmosphere in 2017 – which represents a drop from the previous year’s figure of 90 million.

The ministry’s report emphasized that while compiling these figures it took into account the meteorological conditions, which determine how these pollutants were dispersed. As such, the report noted that days wherein the poorest meteorological conditions fall are generally during the coldest months, from November to March.
During these time periods in 2017, low air temperatures, air stagnation and unfavorable wind directions contributed to the accumulation of pollutants in the air over cities.

The ministry noted that it conducted air monitoring in the cites of Zapolyarny, Monchegorsk and the village of Nikel, all of which are company towns associated with the Kola Mining and Metallurgy Company, a subsidiary of Norilsk Nickel.

Unfortunately, official data from Rosgidroment, Russia’s federal weather service, show that maximum single concentrations of pollution will be much worse for 2019.

Within only the first five months of this year — from January to May — maximum legal concentrations of sulfur dioxide have been exceeded 93 times. In January, the legal limits were exceed 18 times; in February, 15 times; in March, a record-breaking 27 times; in April, 12 times, and in May 21 times.

In late January this year, a civil defense warning was issued in the Norwegian town of Sør-Varanger, which borders the Murmansk Region because of sulfur dioxide pollution. City residents with cardiovascular issues were urged to remain indoors.

It is important to note that all of these pollution incidents are happening at a time when the Kola Mining and Metallurgy Company is endeavoring to actually lower its sulfur dioxide emissions. Indeed, measurable decreases have been observed. In 2016, for the first time in a decade, sulfur dioxide emissions from the Kola Mining and Metallurgy company dropped, to 119,700 tons, which was 35,000 tons less than the previous year. In 2017, emissions went down to 109,100 tons. Figures for 2018 have not yet been published.