Romania’s 1st EU Council Presidency: what are the implications for mobility and climate change?

After Bulgaria and Austria in 2018, it is now the turn of Romania to take the European Council Presidency, starting 1st January till the 30th of June 2019, for the first time since the country joined the EU.

Published on January 9, 2019 by Bellona Europa 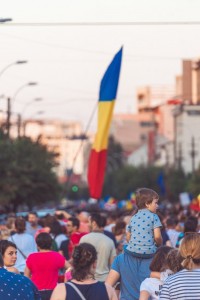 After Bulgaria and Austria in 2018, it is now the turn of Romania to take the European Council Presidency, starting 1st January till the 30th of June 2019, for the first time since the country joined the EU.

It will be a first for Romania, but it will also be a first in European history as during this mandate they will have to lead the Council with four major points on the agenda: concluding the Brexit procedure at the end of March, the European elections in May, finalising negotiations on the new Multiannual Financial Framework (the EU’s budget) for 2021-2027 and hosting the Sibiu Summit at the beginning of May.

However, what is to be expected on the topics of climate change and transport, only a few weeks after the conclusion of COP24, in Poland? Romania will need to wrap up various EU legislative files on the decarbonisation of transport, while also defining the EU’s long-term climate policy as well as ensuring the smooth transition and adjustment of the EU’s energy efficiency target to account for the UK’s departure.

Austria managed to conclude the trilogues on the Electricity Market Regulation and the Electricity Market Directive, which are critical aspects of the Energy Union, a new regulatory instrument proposed by the Commission as a tool to ensure all Member States fulfil their energy and climate commitments, under the Commission’s oversight. Those negotiations having been finished, the Romanian Presidency will likely bring a new perspective to debates on the revision of the Gas Directive. Previous Presidency holders were somewhat reluctant to engage on this, preferring to keep discussions at a technical level.

Consideration for the Commission’s Future of Energy and Climate policy communication, expected by early next year together with the EU Strategy for long-term EU greenhouse gas emissions reductions will also need to be reviewed. The Commission will have to publish a delegated act setting out criteria for certification of low indirect land-use change-risk biofuels by 1 February 2019, as part of the revised Renewable Energy Directive. This will touch upon controversial issues, including limits on the use of palm oil for biofuels production. The Commission is also expected to release a Report on the strategic action plan on batteries as part of its Fourth State of the Energy Union, outlining what steps have been taken to make Europe a leader in the area of battery storage.

As Romania still has a substantial oil industry and a large auto industry, facing significant cost to the energy transition, the Presidency will be expected to prioritise price and accessibility in regard of low-carbon solution. The country has set its sights on nuclear power as a good low-carbon solution, while also developing new natural gas resources in the Black Sea and retaining a stake in coal.

The Presidency should also start the new draft strategy for long-term EU greenhouse gas emissions reductions 2050, which was presented by the Commission at the end of November. This will be discussed in various Council configurations, from energy and environment, to transport and competitiveness. Romania’s position is that other large global emitters must do their part and reciprocate the EU’s ambitious targets.

Some debates will also be organised, during the European Industry Days on 5-6 February 2019, on European industry, to which SMEs are integral, with a view to adopting a policy vision for 2030. Discussions will involve opportunities of digitalization, innovation, decarbonisation and circular economy.

For the first time, CO2 emission performance standards for trucks and other heavy-duty vehicles will be introduced in the EU. However, negotiations will be tense as there is clear divide between progressive countries that want to maximise the environmental benefits of more efficient vehicles and those seeking to provide the industry with sufficient margin to manage the structural transitions.

In order to participate in global emissions reduction efforts, the Romanian Presidency will push for an agreement on the revision of the Clean Vehicles Directive, which defines what can be considered a clean vehicle and requires public authorities to procure a certain quota of them. This aims to create more market demand by requiring, for instance, that public bus fleets run on alternative fuels. As a country still developing its transport infrastructure, Romania will work towards ensuring sufficient EU funding for this purpose under the next long-term budget. This includes advancing negotiations on the new Connecting Europe Facility that finances cross-border infrastructure, as well as establishing funding for alternative fuels infrastructure, such as electric vehicle charging points, which is still lacking across Eastern Europe.

The Romanian Presidency will seek to promote transport via inland waterways as an ecological form of transport, following up on the Council Conclusions prepared by the Austrian Presidency and implementing the Commission’s NAIADES II action plan.

Overall, the Romanian Presidency will try to promote policies to drive growth at EU level as well as increase the financial feasibility of implementing new sustainability measures in smaller economies within the EU.

More information about the Romanian Presidency’s other activities can be found here.