Russian prosecutors say the country’s environmental oversight agency has failed to chase down $70 million in fines from polluters in the Murmansk and Arkhangelsk Regions as well as other northerly areas.

Published on September 13, 2017 by Charles Digges 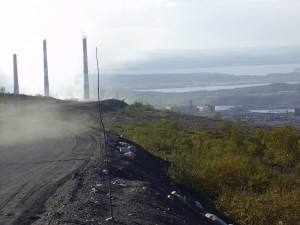 Russian prosecutors say the country’s environmental oversight agency has failed to chase down $70 million in fines from polluters in the Murmansk and Arkhangelsk Regions as well as other northerly areas.

Some of the dirtiest industries in Russia’s north frequently elect to incur fines for violating environmental regulations because it’s far cheaper than performing upgrades to bring them up to code.

The fines are often laughably small. In 2015, a year in which Russian industrial giant Norilsk Nickel posted revenues of $8.5 billion, a toxic spill from the company poisoned an entire river in Northern Siberia. The fine: $530.

Norilsk Nickel and its Kola Peninsula subsidiary, the Kola Mining and Metallurgy Company, have for decades poured sulfur dioxide into the atmosphere over Russia and Northern Europe as federal oversight bureaucracies turn a blind eye. 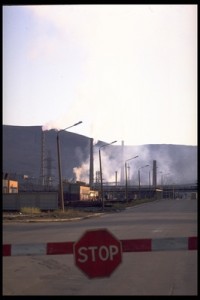 Still, these same government agencies identify the metal and ore empire as one of the most consistent polluters in Northwest Russia, though they rarely identify the companies by name.

Norilsk Nickel itself has announced it will pour $14 billion over the next several years into modernizing its geriatric Soviet facilities, and there is some evidence to suggest the efforts are having an impact. Last year, the Kola Mining and Metallurgy Plant posted an emissions drop of 20 percent.

But as the recent revelations from the prosecutor’s office show, any improvements are hardly the result of fear instilled in polluters by the possibility of crippling government fines – fines that the company has been caught trying to bribe away.

The sluggish fine collections around Murmansk and Arkhangelsk were revealed by a special probe launched by prosecutors into shoddy environmental regulation.

According to prosecutors, the Murmansk and Arkhangelsk regional divisions of Rosprirodnador, Russia’s environmental watchdog haven’t been keeping adequate track of polluting industries they’re supposed to police.

Alexander Kurennoi, a spokesman for the general prosecutor said his office would be setting up special oversight in the two regions with an eye to forcing prosecution of environmental crimes.

“On-site monitoring will be organized as will immediate checks of incoming reports on emissions of harmful substances into waterways, air and soil as well as other violations of environmental legislation,” Kurennou told the RIA Novosti news agency.

He vowed that polluters of rivers and other waterways would be forced to restore fish populations, and those that doing illegal waste dumping will be made to run soil reclaimation projects.

For its part Rosprirodnadzor says it launched 199 environmental audits in the Murmansk Region in 2016, of which 176 revealed violations. In the Arkhangelsk Region it conducted 310 audits that resulted in the discovery of 306 violations.

The agency also says it handed out fines in the Murmansk Region over the course of last year totaling $242 million, but that offenders have only paid up on a little over half that. In Arkhangelsk, they levied $260 million in fines, of which they collected only $155 million.

The new actions by the Prosecutor General are a small step on a daunting road. Earlier this year, the Russian government, in a moment of breathtaking candor, released a report saying that fully 74 percent of its citizens live in conditions of environmental degradation, and that they were dying early as a result.

It added that 40 percent of Russians shouldn’t consider drinking the water coming out of their taps, and that the country’s accrued toxic trash and pollution from its industries are impacting the lives of 17 million people. Further, 1 million hectares of Russia’s farmland – an area the size of Ireland – is now useless for growing crops, thanks to strip mining and nearly non-existent soil reclamation regulations.

Central to this deterioration, the report found, is apathy and incompetence among Russian officials to enforcing environmental fines.