Does Norilsk Nickel deserve to be Russia’s environmental gold standard?

Norilsk Nickel, the giant Northern Siberian nickel producer and historically one of the country’s biggest polluters, won a prestigious environmental nod from the Russian Union of Industrialists and Entrepreneurs for closing down one of its most infamously befouling facilities 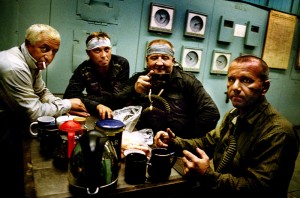 Norilsk Nickel, the giant Northern Siberian nickel producer and historically one of the country’s biggest polluters, won a prestigious environmental nod from the Russian Union of Industrialists and Entrepreneurs for closing down one of its most infamously befouling facilities.

According to the Russian business daily Vedomosti, the environmental award from the industrialists’ union is one of the organization’s key annual events.

Norilsk Nickel has long been a dark star on Russia’s environmental landscape, belching sulfur dioxide into Northern Siberia since 1942, consistently earning the Norilsk a designation among the most polluted places on earth, and shortening local lifespans to less than the country’s already dour demographic postings.

So, what has changed in the last year to earn Norilsk Nickel this honor?

Norilsk Nickel last year shuttered an aged and ailing nickel smelting facility, long viewed as its most toxic contribution to local air. It last year also inked a $1.7 billion contract with Canada’s SNC-Lavalin company to help it reel in further sulfur dioxide and other heavy metal pollutants in a bid to reduce its overall emission by as much as 75 percent by 2020.

In December, Vladimir Potanin, the billionaire industrialist who heads up Norilsk Nickel, promised to spend $17 billion over the next seven years to modernize the company’s geriatric facilities and transform it into what he called an “environmental example.”

Potanin’s overtures capped a year of outrage from northern Norway, which for decades has suffered under clouds of cross-border pollution from Norilsk Nickel’s daughter company just kilometers from the Russian-Norwegian border­ – the Kola Mining and Metallurgy Company, or KMMC.

It’s unclear how Potanin’s generous funding promises for environmental upgrades will impact pollution emanating from the KMMC, and some in Norway have voiced fears that closing the nickel smelting facility in Norilsk will lead to an uptick of smelting at the Kola’s Peninsula’s octogenarian facility. The fears were largely confirmed by rising sulfur dioxide emissions from 2014 to 2015

But emerging plans to likewise slash the KMMC’s sulfur dioxide emissions by half over the next two years offer hints that Norilsk Nickel will be investing in updating facilities there as well. 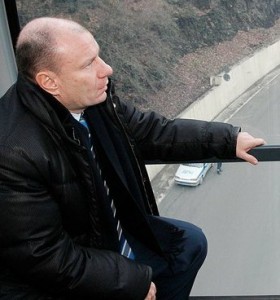 In November, Norilsk Nickel vice president Yelena Bezdenezhnikh, promised that $460 million of the overall environmental funding announced by Potanin would be spent on the KMMC.

But even with these large expenditures on the agenda, what precisely, the KMMC will end up doing to meet its goal of reducing sulfur dioxide emissions remains a matter of guesswork. When meeting Norwegian Environmental Minister Vidar Helgesen, Russia’s Donskoi dropped that the money would be pumped into best available technologies.

But Potanin last year floated a hint that he might just close the KMMC’s nickel smelting works – effectively killing the company altogether, cutting loose thousands of workers who have relied on the industry for jobs for nearly three generations.

As foggy as the intentions for the KMMC are, Bellona advisor Oskar Njaa nonetheless sees Norilsk Nickel finally emerging as a good environmental example after eight decades of unapologetic pollution.

“Norilsk Nickel must show other polluting companies what they can achieve in the sphere of reducing harmful emissions,” he said. “We hope that the company will use the possibility of Russia’s Year of the Environment and achieves even bigger results in pollution reduction.” 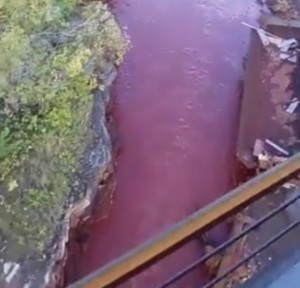 Njaa views the award the company received as a spur to taking even more environmental responsibility.

But Norilsk Nickel has some dubious recent history to live to down before it can pat itself on the back – or be taken seriously in its apparent desire to turn over a new leaf.

In 2015 the company sprang a leak at a tailings pond at its Nadezhnisk metallurgy facility, which leaked into the Daldykan River and tainted it with toxic red goo. The company ducked and covered for a week after the accident and officially denied its fault.

The company eventually accepted responsibility and paid a fine from to Natural Resources Ministry – which amounted $530, and which was nearly as insulting as the accident itself.

In that light, singling out Norilsk Nickel as the gold standard of Russian environmental responsibility begs the question of what other industries in the country are up to. It can only be hoped that the company from here on presents itself as an example worth living up to.