MURMANSK – No sooner had chimneys pumping sulfur dioxide into Northwest Russian and Scandinavia been stifled last month than they were given permission Tuesday to carry on business as usual by Russia’s federal environmental oversight agency, Rosprirodnadzor.

Published on May 10, 2016 by Anna Kireeva, Charles Digges

MURMANSK – No sooner had chimneys pumping sulfur dioxide into Northwest Russian and Scandinavia been stifled last month than they were given permission Tuesday to carry on business as usual by Russia’s federal environmental oversight agency, Rosprirodnadzor.

Pollution bellowing from the KMMC’s facilities has long been a point of fierce debate among Russia, Finland and Norway, the later of which gets polluted to the tune of some 100,000 tons of the heavy metal sulfur dioxide annually. Russia has often counterattacked by saying its Northwest is getting gassed by Norwegian emissions. Norway maintains such accusations are based on distorted data – most of it furnished by Rosprirodnadzor itself.

On Tuesday, officials from the agency told Bellona it had reviewed its decision to deny the Kola Mining and Metallurgy Combine’s emissions license for its facility in the industrial town of Nikel, near Murmansk.

The KMMC occupies three towns on the Kola Peninsula: Zapolyarny, where the KMMC mines its nickel ore, Nikel where it is smelted, and Monchegorsk, where the nickel is refined.

Facilities in Nikel saw their license restored, and the nickel smelting plant run by the KMMC – a daughter company of the sprawling Norilsk Nickel – can again release sulfur dioxide and other polluting emissions into the environment.

Russia’s Ministry of National Resources even threw in a little award for Norilsk Nickel – which produces 40 percent of the world’s nickel – for its environmental conscience. The all but bogus Evolution Award, established in 2013, was shared among the nickel giant and five other multi-billion dollar Russian companies with dubious, even discredited, environmental credentials.

The Kola Peninsula’s nickel smelting facility was last month denied its emissions license on the basis of what Rosprirodnadzor auditors said were inaccurate, contradictory and even concocted figures in its routinely submitted emissions reports. Pollution permits had earlier been issued to the KMMC’s factory in Zapolyarny. 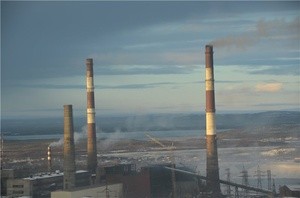 Smokestacks rising above the skyline of Nikel in the Kola Peninsula. (Photo: Grigory Pasko)

The only information submitted by KMMC toward attaining these goals, the letter indicated, were problems arising in production of briquettes or pellets, one of the more promising ways for the company to absorb sulfur dioxide before it his the air.

The letter also said the KMMC had provided accurate information on one other count – the construction of a new oven with a gas tight dome reducing by 40 percent gas leakage into the atmosphere of the briquette workshop.

The Rosprirodnadzor letter read further that the KMMC couldn’t even reach conclusive figures attesting to how many tons the plant had reduced overall emissions.

But a source in the Murmansk branch of Rosprirodnadzor told Bellona at the end of April that the denial of the license would be reviewed: and now it has, based on new specialist appraisals of how business is being conducted in Nikel.

“Our representatives went to the facility and they saw that the [company’s] specified measures had been undertaken according to plan, so Rosprirodnadzor has issued an emission permission for Nikel,” the source told Bellona.

Mikhail Shkondin, head of environmental monitoring for the KMMC, likewise confirmed to Bellona that the Nikel plant had been recertified to pollute.

“After the visit of auditors from Rosprirodnadzor, they were convinced all our announced [emissions reduction] plans had been implemented, and the agency agreed to permit emissions of polluting substances at the same levels at which the Zapolyarny facility is allowed, the same as they were allowed last year, “ Shkondin told Bellona in an interview Tuesday. 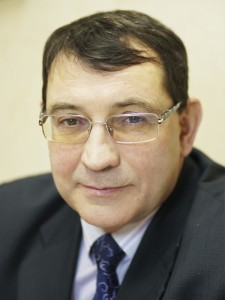 The issuing of the emissions permit coincided with a press release (in Russian) from parent company Norilsk Nickel announcing it had on May 6 closed a pelletizing and kilning workshop at the Zapolyarny nickel refining plant.

In its place, a workshop for pelletizing sulfur dioxide absorbing briquettes produced without kilning – which has been a major source of polluting emissions – will be launched as part of a promise the plant has repeated for six years.

“This has allowed the company to fully turn away from outmoded technologies in use since the 1960s, and shift to pelletizing briquettes of cuprinickel concentrate,” read the press release. “The completed work represents, in part, the KMMC’s Modernization Program, as well as improving the environmental effectiveness of the plant as a whole.”

The new, “environmentally clean” process, said the release, is expected to reduce sulfur dioxide emissions at the Zapolyarny plant from 42,000 tons to 1,400 tons per year.

“As such, the company has guaranteed the ecological safety of the municipality while at the same time fulfilling the demands of Russian environmental law,” said the KMMC’s press office.

Yet KMMC environmental monitor Shkonin told Bellona that the pelletizing and kilning facility had been shut down months ago, in January.

However, according to the Russian Federal Service for Hydrometeorology and Environmental Monitoring, or RosGidromet – with which Norway has partnered on several occasions to determine actual emissions – sulfur dioxide pollution exceeding the legal norm by as much as five times the legal limit continued to waft from Zapolyarny into the environment for a period of 19 days since the end of  January.

Such towering spikes are prone to happening during unfavorable weather conditions.

Nonetheless, Gidromet’s figures cast doubt on Shkondin’s assertion that the pelletizing and kilning facility was indeed not operating.

Modernizing the boilers, Shkondin told Bellona, is just too expensive.

Experts with Bellona have already said they are wary that modernizing Zapolyarny’s facilities will slash all the sulfur dioxide emissions along the Russian-Norwegian border. This is because a part of the sulfur burned during kilning will be emitted into the atmosphere when nickel ore is smelted down the road in Nikel.

Figures from the Murmansk branch of Rosgidromet confirm the concerns: From January 2016, sulfur dioxide exceeding allowable limits was detected during a 25-day period in Nikel: an indication the problem was far more serious than in Zapolyarny.

Shkondin says modernization is underway at Nikel’s facilities. He singled out the construction of a hermetically sealed oven designed to decrease the volume of emissions.

“This past January, we started to heat it up, and are now seeing how it does in test phases,” he told Bellona. “This will lead to modernizing all the ovens and outfitting them with hermetic seals.”

He refused, however, to say how long these experiments would continue.

On Tuesday it was announced that Norilsk Nickel had won the 2016 Evolution Award. The Evolution Award is a Russian industry award honoring achievements in sustainable development and the application of green technologies.

“Norilsk Nickel’s Investments through 2020 will total 800 billion rubles ($128 million), of which 300 million will be investment only in environmental project,” said the company’s own press release (in Russian) without mention any concrete programs, or, most importantly, any environmental achievements.

The company won in the “Ecological Development” category. 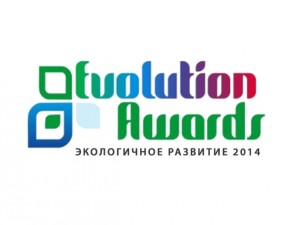 The Evolution Awards, which propel their winners into dubious ecological company. (Source: greenevolution.ru)

A survey of Russian media reports conducted on Tuesday indicated that every company winning the award, with the exception of Metalloinvest, have extensive histories of environmental abuses and violations – as well as close government ties with executive staffs populated by  Kremlin anointed oligarchs.

Contestants for the prize are to submit their applications to the greenevolution.ru website, which is run by the Ministry of Natural Resources.