Bellona calls on EU not to withdraw the Clean Air Package

Published on November 25, 2014 by Bellona Europa 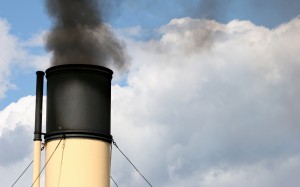 Juncker and Timmermans are currently on the look-out for EU legislation to be slimmed down or axed and the Clean Air Package may be one of these pieces of legislation. This is done in an effort to respond to popular demand for a leaner European bureaucracy. This, however, is a seriously misguided way to answer such demands.

“The need for this kind of legislation was just highlighted in the ruling of the European Court of Justice last week, requiring the UK to clean up its illegal levels of air pollution as soon as possible. These kinds of rulings enable Europeans to take action when governments do not. Cutting the environmental protection laws they are based on will certainly not serve the environment” says Helseth.

In order to prevent the withdrawal, Bellona together with a number of other member organisations of the European Environmental Bureau, submitted a joint letter addressed to the European Commission. The letter underlines the Clean Air Package as necessary in addressing the environmental and public health crisis of today.

Many EU Member States are still failing to meet agreed EU air quality limits and guidelines from the World Health Organisation. 400 000 Europeans die prematurely each year as a result of air pollution and the health-related costs are between €330 and €940 billion every year. The situation is especially severe in urban areas, which are now home to a majority of Europeans, almost all of whom are exposed to harmful levels of particles and ozone.

Bellona recognises the gravity of the air pollution challenge and believes that, due to its transboundary nature, the optimal solution would necessitate action at EU level.

On 19 November 2014 the European Court of Justice ruled that the UK must undertake measures as soon as possible to cut down its illegal levels of air pollution. The UK government has admitted that under its current plans, London, Leeds and Birmingham will not meet legal limits for nitrogen dioxide (NO2) until after 2030. This is a delay by 20 years after the original deadline mandated by the 2008 Ambient Air Quality Directive, which sets legal limits for the concentration of various atmospheric pollutants.

“The recent ruling by the European Court of Justice illustrates the importance of the Clean Air Package, as a reference to EU air quality standards, and is therefore essential in helping local governments improve air quality” said Jonas Helseth, Director at Bellona Europa.

It is expected that in a final ruling next year the UK Supreme Court will be ordering the UK government to take action to meet limits much sooner than 2030.

This is likely to require the restriction of many diesel and heavy goods vehicles from city centers within a few years. Bellona strongly promotes the greater deployment of electric vehicles (EVs), having imported Norway’s first EV in 1988. Bellona sees EVs as one of the most promising technologies for improving local air quality, reducing CO2 emissions, and boosting energy security.

Liberal Democrat MEP Catherine Bearder said: “Today’s ruling shows we need a radical new approach to tackling air pollution in Europe. On their own, local authorities will always find it difficult to comply with these limits as air pollution moves around Europe and does not respect national or regional boundaries”.