BRUSSELS—In an appearance in Brussels, former Russian Prime Minister Mikhail Kasyanov criticised the direction away from democracy the Kremlin is taking and said that there should be closer ties between Moscow and its biggest neighbour, the European Union (EU).

Published on May 12, 2006 by Claire Chevallier-Cordonnier 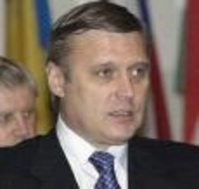 Kasyanov’s lashing of the government of his former ally President Vladimir Putin in Brussels on Wednesday was significant in that his statements constituted his first stinging international criticism of Moscow since his ouster in the winter of 2004. Such a practice by former Russian Prime Ministers is common enough, but Kasyanov’s statements in Brussels put him squarely in opposition to Putin, an exceedingly dangerous position to take in today’s political climate in Russia.

Kasyanov spoke on May 10th in Brussels at a conference co-organized by Member of European Parliament (MEP) Ari Vatanen and the European Enterprise Institute, a non-profit, non-party affiliated organization, which aims to promote entrepreneurship in the EU policy community, as well as to provide a platform for the ideas and philosophy of entrepreneurship throughout Europe. The conference attracted some 75 participants from the European Commission, the energy industry, journalists, and NGOs.

Undemocratic developments
In particular, Kasyanov singled out the extreme pressure placed on the judiciary and the fact that there is no independent media in Russia anymore.

“Overall, Russia is moving in the wrong direction,” said the former Prime Minister, who also mentioned that “state-enterprises are eating more and more of the competitive sector.”

Kasyanov spoke at length about Gazprom, the Russian gas giant and the world’s third largest corporation, just after Exxon Mobil and General Electric. The biggest natural gas extractor in the world and the world’s longest pipeline network with 150,000 kilometers, Gazprom also controls assets in banking, insurance, media, construction, and agriculture. According to Kasyanov, all the reforms aiming at making the gas and electricity sectors more transparent in Russia have been halted.

“Gazprom is destroying the market in Russia,” said Kasyanov. “It should stick to gas production and transport.” Currently, the only way to gain access to the pipeline in Russia is through Gazprom, which prevents any other gas-exploiting company to sell directly to customers.

Energy supply
Russia’s decision to cut-off gas supplies to Ukraine in January 2006 was a “big political mistake” according to Kasyanov, who understands that it “leads to reasonable worries about Russian gas supplies.”

Russia is the biggest supplier of gas to the EU, where this winter’s gas dispute with Ukraine therefore had special resonance. Christian Cleutinx, director and coordinator of the EU-Russia Energy Dialogue in the European Commission’s Directorate General for Transport and Energy said that up to 70 percent of EU energy demand could be covered by imports by 2030 and that demand for natural gas could rise by 60 percent in the same period.

According to Kasyanov, the EU-Russia energy dialogue is currently on hold; only general statements are made, which contain no strategic views for the future. Kasyanov emphasised that the EU and Russia should “start a real technical and political energy dialogue.” Cleutinx agreed, stating that; “The EU-Russia dialogue is based on a mutual need of each other and should be revitalised.”

Deteriorating relations
Kasyanov’s general mention of the cooling relations between Russia and the West was echoed by Erik Berglof, chief economist of the European Bank for Reconstruction and Development who expects a deterioration in relations between the EU and Russia after the G8 summit in St. Petersburg this summer.

MEP Vatanen wished to put things on the positive side, reminding all that “our futures are inseparable and can only be built on universal values, beyond the political power game.”