Vis menyen
Bellona.org > Latest News > European Union > What to expect from the Estonian EU Council Presidency on the climate and energy front

BRUSSELS – On 1 July 2017 the six-month rotating presidency of the Council of the European Union was taken over by the small Baltic state of Estonia. As Europe embarks on a slow recovery from the rise of populism in national elections in the aftermath of Brexit, the Estonian Presidency will inevitably have a key role to play in boosting confidence in the EU project by fostering job creation and economic growth, and ensuring better security. We take a closer look at what will be on the Presidency’s agenda when it comes to climate, energy and transport policy. 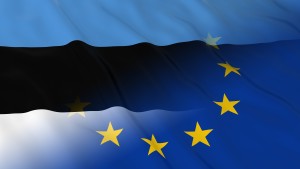 So what does this mean in practical terms? By taking over the Presidency, Estonia will be in charge of driving forward the Council’s work and defining its positions on EU legislation, ensuring the continuity of the EU agenda, orderly legislative processes and cooperation among member states.

The Presidency has identified its priority areas to be: an open and innovative European economy, a safe and secure Europe, digital Europe and the free movement of data, and an inclusive and sustainable Europe. Climate, energy and transport policy will, nevertheless, also feature high on the Presidency’s agenda with a number of key legislative files about to enter negotiations phase (‘co-decision procedure’), two examples being, the shaping of the future EU renewable energy policy and the rollout of electric vehicle recharging infrastructure.

While the Maltese Presidency first sparked the discussion and initiated debates on more than 17 legislative and policy initiatives included in the Commission’s Clean Energy Package – with a clear focus on the Energy Efficiency Directive – the Estonian Presidency is charged with progressing many of the remaining dossiers in order to fully roll out the Energy Union. Alongside energy efficiency, the Presidency’s first priority proposes to reform the internal electricity market: the Presidency wants to ensure that Europe’s energy system is smarter, cleaner and more cost-efficient.

The Estonians will also be tasked with ensuring a common Council position on other initiatives, such as the review of the Renewable Energy Directive and the new structure for energy and climate governance.

On the climate policy front, Estonia will wade into delicate negotiations on the reform of the EU Emissions Trading System (EU ETS) with on-going trialogue negotiations. Part of these negotiations will be the modalities of the Innovation Fund, which if properly designed could provide an important source of funding for key climate mitigation technologies like Carbon Capture and Storage (CCS).

The Presidency also needs to progress complex discussions around the proposed Effort Sharing Regulation, which regulates greenhouse gas emissions in non-ETS sectors, including transport, buildings and agriculture, and has pledged to adopt a general approach within Council on this within its tenure. Parliament adopted an ambitious position just last week, and we are yet to see if Council will be able to keep up.

When it comes to transport, the Estonian Presidency will be prioritising digitalisation of the sector (‘the digital economy to boost the transport sector’).

A key task is to advance the Council position on 1st Mobility Package released last May, and advancing the 12 policy and legislative initiatives it comprises.

Another important aspect under the package is the revision of the EU electronic tolling system, or so-called Eurovignette Directive, and more specifically the question of introducing distance-based road charging across the EU as well as inclusion of CO2 as a parameter for the differentiation of road tolls. Bellona welcomed the Commission’s legislative proposal for the directive as a small but important step to tackling road freight CO2 emissions. . Quite naturally, it can be expected that the Estonian Presidency will champion the digitalisation of road tolling and interoperability across the bloc.

The 2nd Mobility Package, to be released in the fall, contains legislation on CO2 emissions from cars and vans, the revision of the Clean Vehicles Directive and actions on alternative fuels infrastructure. Bellona has been closely following all three files, which if carefully re-designed could pave the way for an EU Single market for electro-mobility.

EU ministers agreed last week on a common approach to the revision of the Energy Performance of Buildings Directive (EPBD). The European Commission’s legislative proposal for the EPBD introduced obligations for EU countries to ensure adequate and future-proof pre-equipping of buildings for electric vehicle (EV) recharging points. All eyes are now on the European Parliament, which is set to agree its final position in November before entering negotiations with governments and the European Commission. Estonia will have a key role to play in reconciling EU countries as the negotiations begin.

Last but not least, following the United States’ retreat from the Paris Climate Agreement greater pressure is placed on the EU to save the rest of the deal. At the same time, the EU is being bold and ramping up the ambitions of its own policies and influencing others to compensate for the loss of one of the world’s largest polluters. The Estonian Presidency will take leadership position in the Union’s preparatory work for the upcoming UN Climate Conference, COP23, where countries will gather to agree on common rules for the implementation of the Paris Agreement.