European Parliament adopts declaration for the development of a hydrogen economy

STRABOURG/BRUSSELS – A strong majority of Members of European Parliament (MEPs) signed a declaration to establish a Europe-wide hydrogen-based energy economy in a move that directly challenges the European Union’s (EU’s) dependency on fossil fuels. The European Parliament (EP) adopted the declaration, further amplifying the governmental body’s voice in the debate on global warming and environmental issues. 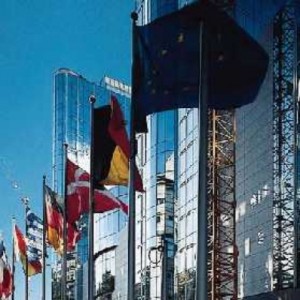 Of the EP’s 785 MEPs, 420 signed the declaration to push for a hydrogen-based fuel economy.

Post- fossil and post- nuclear energy economy
The EP used strong language in the declaration to express its commitment to the environment agenda, calling for a “green industrial revolution.” The declaration calls on the EP to encourage regions, cities, small and medium-sized enterprises and non-governmental organisations to commit themselves to the ambitious agenda of the text.

Among the main goals of the declaration is to increase energy efficiency by 20 percent, to reduce greenhouse gas emissions by 30percent, and to produce 33 percent of electricity and 25 percent of other energy via renewable energy sources by 2020. In addition, the parliament urges all EU institutions to work toward building a “bottom up” hydrogen infrastructure by 2025, and to liberalise consumers access to choose among environmental energy supplies.

To hit these targets, the EP envisions a five-point strategy – maximizing energy efficiency, reducing gas emissions, optimizing commercial use of renewable energy, establishing hydrogen production and an infrastructure for its use through fuel cells, and creating “smart” power grids to distribute energy.

The declaration is meant to apply to all 27 EU Member States, but is clearly just a symbolic declaration until action is taken. Still, it shows commitment to a new and more progressive line on environmental policy in the EP.

The declaration made no mention of nuclear power as so many other nations – like the United States and the United Kingdom – have done in their grappling with climate change. Nuclear power does not emit any of the greenhouse gasses the international community is struggling with against global warming. But in Bellona’s view, nuclear power is an untenable option as no nuclear nation has come to a satisfactory solution on how to securely store highly radioactive nuclear waste that is a by-product of producing nuclear energy. Endorsing nuclear energy would therefore be an endorsement for even more volatile pollution headaches.

What is the declaration not taking into account?
Bellona is among those NGOs favouring the deployment of carbon capture and storage (CCS) technology to begin producing hydrogen fuel cells on an industrial scale. Hydrogen fueld cells, which produce only water in emissions, is one of the most promising technology’s to slash green house gases.

According to experts from the European Hydrogen and Fuel Cell Technology Platform, natural gas is the most efficient way of producing hydrogen fuel. With this in mind, only CCS could make the large-scale production of natural gas clean, yet a commitment to doing this missing from the declaration.