Bellona Shows The Way Forward For CCS In Europe, Industry Heeding The Call

BRUSSELS—More than 50 participants from EU institutions, including Members of European Parliament (MEPs) and several representatives of the European Commission as well as the oil and gas industry, power companies, national governments, and journalists attended an open hearing on carbon dioxide capture and storage in the European Parliament (EP) earlier this month.

Published on March 15, 2006 by Claire Chevallier-Cordonnier 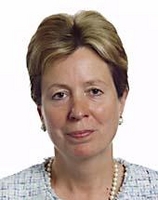 The March 7th hearing, co-organised by British MEP Diana Wallis—a member of the Liberal Group—and the Bellona Foundation, presented the case for carbon dioxide (CO2 ) capture and storage (CCS), addressed safety concerns regarding the process, and provided a case study for kick-starting CCS in Europe.

The hearing came on the eve of the signing of a precedent-setting deal between Norway’s Statoil and Shell on the use of CO2 for enhanced oil recovery (EOR) on Norwegian continental shelf oil fields.

Wallis spoke of the importance of the EU’s leadership on climate change issues and the already notable effects of climate change in the Arctic. She said that, while any solution envisaged for ameliorating climate change has its own specific difficulties, CCS offered great opportunities to reduce CO2 emissions into the atmosphere.

The case for CCS
After listing the various storage options and presenting the already established demonstration projects, John Gale of the IEA Greenhouse Gas R&D Programme emphasised that CCS is capable of large-scale reductions in CO2 emissions over the next 20 to 50 years—and without any major energy infrastructure changes.

Bellona founder and President Frederic Hauge stressed that all available options to mitigate climate change must be implemented considering the disastrous consequences of global warming.

The development of renewable energy is an important part of the solution, but the current difficulty is to produce enough energy from renewable sources to meet growing consumer demand. In addition, since injecting CO2 into oil and gas reservoirs leads to EOR, any infrastructure necessary for CCS which is not already in place would essentially be self-financing.

Safety aspects
Speaking on safety aspects of CO2 storage, Nick Riley of the UK Geological Survey made the point that “Whilst we delay deploying CCS by agonising over the very low risk of possible leakage from geological storage, we continue to emit 100 percent of fossil fuel CO2 emissions to the sky. What is unsafe is to fail to deal with fossil fuel emissions effectively and quickly”.

The geologist added that, in addition to contributing to climate change, CO2 emissions in the atmosphere lead to the acidification of the world’s oceans, which will likely result in a collapse of the ocean ecosystem.

Statoil and Shell heed the call
The deal between Norway’s gas and oil giant Statoil and Shell to use CO2 in EOR could pump some $6 billion to $12 billion in economic growth in oil drilling by using EOR in .

The companies plan to implement the technology at the Heidrun oil field on the Norwegian continental shelf, with others to possibly follow. The joint effort will lead to significant reductions in net investments and reduced expenditure on CO2 quotas.

There currently exists a willingness to pay for CO2 in the North Sea and the technical potential is enormous, said Holm. However, financial and legal barriers, and the lack of a CO2 value chain, are hindering the development of commercial-scale projects. Holm told the EU’s policy-makers and legislators that it is necessary for potential investors in the technology to see a commercial, profit-making opportunity in CCS.