Bellona was chosen to lead one of the European Unions (EUs) working groups to develop a common infrastructure for carbon dioxide capture and storage last week. Bellona and the EU will work in co-operation over the course of the next three years, and their findings will be one of the cornerstones in the EUs future research on carbon dioxide.

Published on November 17, 2005 by Helle Veiersted 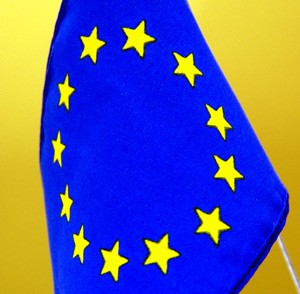 On November 10th, the European Commissions Technology Platform for Zero Emission Fossil Fuel Power Plants assigned Bellona the task of leading the Environment and Infrastructure working group. Paal Frisvold of Bellonas Brussels offices will, in co-operation with the chief executive of Shell Renewables, Graeme Sweeney, manage the efforts of this three-year working group


Environment and Infrastructure is one of five groups working to realize the goals of the European Commissions Technology Platform, which include zero emission fossil fuel power plants. The results the European Commission is trying to achieve with this technology platform include a drastic reduction of the carbon dioxide emissions caused by the use of fossil fuels, and at the same time strengthening European industrys ability to compete on the international market.

The motivation behind the establishment of the Technology Platform for Zero Emission Fossil Fuel Power Plants can be found in the European Unions wishes to reduce the emission of greenhouse gases, and to fight the climatic changes we are currently experiencing.


The EUs vision is that all European power plants using fossil fuels will be emissions free by 2020. Their goal is therefore that the work carried out by the Technology Platform will stimulate a growth in the research, demonstration and implementation of zero emission systems—the main focus being on carbon dioxide capture and storage— all over Europe.


The Technology Platform is managed by an institution referred to as the Advisory Council, a group of experts consisting of upper management and specialist from companies, organizations and academia and from all over Europe. The group has 25 members who were appointed by the Commission in June of this year.


Bellonas Hauge is one of these members. Their mandate is to gather people from both industrial, and research and special interest environments so that these experts can use their common knowledge to clarify which areas the working group needs to focus their studies on. Through their work in the Platform, the Commission will map out a strategy to create a value chain for carbon dioxide.


To realize these goals the Commission will need though knowledge of how technology, market and infrastructure function. Five working groups have been appointed to assist the group of experts with this part of the. These groups are Infrastructure and Environment, Plants and CO2-Capture, CO2 use and Storage, Market, Regulation and Policy and Communication and Public Acceptance. And Bellona will lead the Infrastructure and Environment group, which is one of the main tasks of the Platform.

Bellonas Infrastructure and Environment group will during the next three year period focus on how to realize an infrastructure for CO2 capture and storage.


The working group will look at both the technical and the logistical systems and the structures of a market as part of such an infrastructure. The group shall amongst other things look at how it will be possible to obtain CO2 from other sources, where CO2 should be stored, what kind of physical infrastructure should be used in the transportation of CO2.


They will also focus on how to make the infrastructure of such a market profitable, if CO2 will be usable in enhanced oil recovery (EOR), and how these actions will benefit the environment.


This work will result in a strategic research agenda for carbon dioxide for the entire European continent. The groups findings will thus become the cornerstone in the European Unions research programme in the years to come, and the results will influence the development of policies on this field in Europe.


According Bellonas Frisvold, the Norwegian governments plan for a CO2 value chain acts as both an inspiration and a role model illustrating what kind of effect this kind of research may have on policies.


This kind of research is a necessary step on the road to implementing the results of the research, he said.