A report recently appearing in the British periodical Materials Technology Publications indicated the market in fuel cell sales is booming and that the American Auto-making giant, General Motors, expects mass production of fuel cell vehicles by 2010. 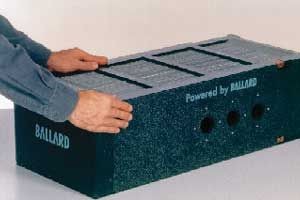 The 232 page report, entitled The Fuel Cells Industry Worldwide: A Market / Technology Report, presents the current status and potential markets for each of the myriad fuel cell types currently available. The report analyses current barriers to commercialisation of fuel cells and assesses the potential implications of their technical development.


The potential uses for fuel cells are included in the report—including automotive and transportation. General Motors states in the report that it believes environmentally friendly (www.lbst.de/gm-wtw) fuel cell-powered automobiles will be mass-produced by 2010.

GM confirms what we have expected due to the recent technological developments in the industry, said the Bellona Foundations president, Frederic Hauge.

“But it is still important for industries and governments to understand that present hydrogen technology can be implemented right now, given the proper framework conditions. Bellonas own vehicles, retrofitted from gasoline to hydrogen, have a range of 100 to 120 km depending on the driving style. Most fleet vehicles do not run more than this on an every-day basis.


Hauge added that it is important for society to be able to integrate the hydrogen fuel cell technology from 2010 on ward, and that this calls for efforts on breaking down the non-technological barriers of today—through our own work, we have identified a number of such barriers.


The main of these barriers, said Hauge, are connected to the public perception of having explosive compounds, such as pressurized hydrogen, in ones car. But Hauge also noted that hydrogen poses no more danger than does standard gasoline.


The earlier society introduces hydrogen vehicles and hydrogen as an energy carrier, the earlier you build competence, trust and acceptance towards this technology, said Hauge.

These efforts will significantly increase the chances of adopting the fuel cell vehicles by 2010, and hereby contributing to the preservation of the environment and human health.

The report highlights the state of fuel cell commercialisation for a number of applications, and discusses key growth areas. Some of its key findings include:


 That the polymer electrolyte membrane fuel cell (PEMFC) is by far the most popular fuel cell type currently under development, with about 80 companies worldwide developing PEMFCs, mainly for stationary and automotive applications. The US market for PEMFC stacks is estimated to be about $150 million, and this will rise to nearly $500 million by 2009;


 Ballard dominates in fuel cells for automobiles, having inked a supply agreement with DaimlerChrysler, Ford, Honda and Nissan. Among the major automobile producers, only Toyota and Honda are producing their own fuel cells. General Motors believes that fuel cell-powered automobiles will be mass-produced by 2010;


 Molten carbonate fuel cell (MCFC) costs are currently about $5000/kW, with a target for mass commercial applications set at $1000/kW. Current thinking is that MCFCs of up to 500 kW will be uneconomical, but cells of between a few MWs and a few hundred MWs are likely to be commercialised in five to eight years;


 The global market for SOFCs is currently estimated at $123 million, of which the North American market is thought to account for at least $67 million. Applications for SOFCs, which include on-site power systems, transportation and utility supplies, are predicted to total $360 million worldwide by 2005;


The report lists more than 500 fuel cell companies worldwide, providing information on the fuel cell systems, components and materials that they supply or are currently developing. Research organisations are also listed.