In October last year the EU established a High Level Group on hydrogen. Today they will present their preliminary work in a draft report. Bellona has read the document. 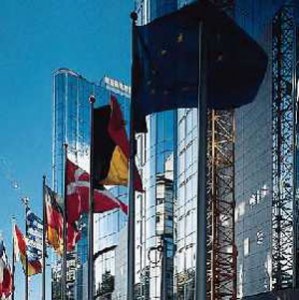 Senior representatives of the hydrogen, fuel cell and transport sector form the High Level Group. The Group is an informal body with an advisory role. Its main objective will be to advise the Commission on determining the prospects for, and economic impact of, moving towards a sustainable energy economy based on hydrogen and electricity and introducing fuel cells as energy converters.

By mid 2003 the Group will present a paper outlining ideas for the joint European actions necessary for a vibrant fuel cell industry and a sustainable hydrogen energy economy. Today the group releases their first draft on their way to this paper.

The Advisory Council will provide governance and input from the different stakeholders in the hydrogen energy arena, and oversee a Technology Partnership consisting of specific initiative groups, to take forward the development of a hydrogen and fuel cell programme.

The High Level Group thinks the program should be broad and far-reaching and include work with political framework, demonstrations and research. Further they want to include a business development initiative, bringing together different financing organisations to provide leadership for technology exploitation.

– Important document
– This will become a very important document, says Frederic Hauge president of the Bellona Foundation. – Even as a draft it will form a platform for discussions in the EU. Hauge is glad that the group invites to external contributions.  Yes, we have a lot of comments to the draft, he ends.

Latest: you can now doenload the document from the Commisions DG Research