Norway – well suited for an introduction of hydrogen cars

There are several reasons for Norway being particulary well suited for an introduction of hydrogen cars. 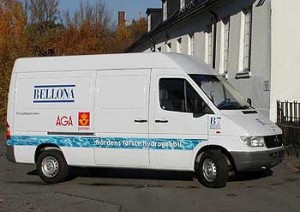 If the use of hydrogen as fuel is to affect the global and regional emissions, the production of hydrogen must be clean. In Bellona’s view the hydrogen will, at least in an early phase, be produced by way of electrolysis.

Norway constitutes of a highly undulating landscape with many waterfalls, which for a long time have been exploited for the production of waterpower. Despite the energy being renewable, the electricity in Norway is cheaper than in most other countries. The statistics from the IEA shows that out of all the countries included in the statistics Norway has the fourth lowest consumer prices on electricity, all taxes included.

High taxes on petrol and diesel

Norway is renowned for its high taxes on fuels. According to the survey from IEA the UK is the only country with a higher price on petrol. Thus hydrogen can be sold at a low price compared to petrol because of the current high prices on petrol and the low prices on electricity in Norway.

In addition to the petrol being expensive in Norway, the taxes on the automobiles are high as well. Between 42% and 60% of the consumer price of a new car are taxes. Electric cars, and thus fuel cell vehicles, are exempted from all taxes, including the Annual Vehicle Duty and VAT. Furthermore, these vehicles do not pay road toll, which tend to be fairly high due to the numerous bridges and tunnels in Norway. Nor do electric cars pay parking fees in public car parks. 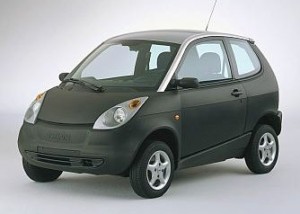 Norway has long traditions for both producing and using hydrogen. From the late 1920s up to the 1980s hydrogen was produced in Norway through electrolysis for the production of ammonia. Today Norsk Hydro Electrolysers AS is a leading manufacturer of electrolysers. The only Norwegian manufacturer of automobiles produces electric cars -Ford ‘s Think City.


Several hydrogen projects are under development such as the wind and hydrogen based stand alone power systems that are to be installed on two islands off the Norwegian west coast, which will be ready for operation in 2003.


Also, several transportation projects are being planned. One of them beeing Bellona ‘s hydrogen car project starting this year, with two hydrogen vehicles (Mercedes Sprinter) and a hydrogen filling station. Furthermore, SL has initiated a bus project aiming at putting 125 hydrogen buses into regular operation by 2012.