A disposal well in the Norwegian Sea owned by Norway’s state oil company Statoil leaked 3,428 tons of hazardous chemicals and oil based drilling fluids over six years at the Njord site, Bellona has learned.

Published on October 11, 2013 by Charles Digges

Statoil further violated provisons stipulating that it disclose crucial information about the cause of the leak within two years of its discovery to Norwegian environmental authorities. Bellona alleges the oil giant delayed reporting to dodge penalites.

Statoil yesterday admitted to the leakage and issued an apology, but contested that it deliberately put off reporting the incident to Norway’s Environmental Agency.

Bellona has, nonetheless, filed a police report against the state oil company in the hope that corporate penalties will be levied against Statoil.

“We are looking very seriously at the issue and believes it is important that it be reviewed,” said Bellona adviser Karl Kristensen, who prepared the legal action (downloadable in Norwegian to right).

Leaks of so-called ‘black’ and ‘red’ chemicals and other oil-based ‘yellow’ discharges from the injection well located near Statoil’s floating Njord A platform in the Norwegian Sea off the country’s northwest coast are classified as illegal for release into the environment. Kristensen was quick to say that there is no danger that Norway’s northwest coast will be contaminated by the leaks.

The Njord A platform is attached to the injection well through a series of sub-sea pipes.

Kristensen explained that Norway’s color-based system of chemical classifications proceeds from green, which are mainly harmless. Yellow is the widest category, the majority of which constitutes chemicals that are harmful to the environment, such as oil-based drill mud, or slop. 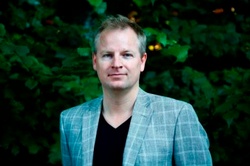 Red and black are chemicals that are highly toxic and can work their way into the food chain, causing cross-generational contamination.

According to Kristensen’s research, the leaks at the Njord injection well “are equal to or greater than the total emissions of hazardous chemicals and oil pollution from the Norwegian Continental Shelf over an entire year.”

Bellona’s police filing reports that “leaks from injection well A-14HX I the Njord Field [has] resulted in illegal discharges totaling 3,428 tons of chemicals.”

Njord production director Arve Rennemo wrote in a letter dated September 2 and quoted by Norwegian daily VG, that, “the guiding assumption is that virtually all the ‘slop’ injected into the well A-14 HX has leaked to the seabed.”

“This assumption is the basis for the estimate that a total of 3,428 tons of chemicals have leaked onto the seabed,” wrote Rennemo.

Bellona maintains that Statoil also has violated the provisions concerning disclosure of the leakage to the pollution contorl supervisory oversight authorities with Norway’s Environmental Agency, and that it withheld crucial information about the cause of the leakage for two years, even thought the reasons were known to the company.

In December 2010, Statoil reported to the Environment Agency on the audit it was conducting, but omitted any mention of the seriousness of the findings, VG reported.

Kristensen allegeded that Statoil’s two-year delay in informing the the Environmental Agency about the incident was undertaken intentionally to fall beyond a two-year statute of limitations imposed by Norwegian law for reporting environmental damages in an attemptby the company to escape penalties.

“The waited two years [to say anything],” said Kristensen. “We reported Statoil to the police because despite the known weakness of the injection well, security measures were abandonded, which contributed to substantial emissions that probably could have been avoided.”

Ørjan Heradstveit, Statoil’s communications director for upstream activities on the Norwegian Continental Shelf was at pains to issue an apology to Norwegian media last night.

In a widely quoted statement, Heradstveit said that, “We will take the complaint under advisement. These emission occurred between 2000 and 2006  – we regret that the spill happened.

Heradstveit, however, denied Statoil knowingly withheld information about enviornmental damage to dodge the two year statue of limitations for doing so.

“This was not a deliberate action on our part,” Heradstveit said. “But the criticism about inadequate reporting is well taken and we regret that the authorities were not informed about the details of the situation before.”

Though futher attempts by Bellona to reach Heradstveit by press time were unsucessful, VG carried additional comments wherein Heradstveit maintained Statoil’s in-house requirements are becoming more stringent thanks to a number of measures aimed at improving reporting to environmental authorities.

“A few years ago, Statoil established a group to ensure that future and existing slop injection projects could benefit from experience gained across geographical and organziational structures,” he was quoted by VG as saying.