Bellona is calling for a debate on the role of Norway’s Petroleum Safety Authority (PSA) amid suggestions that only pressure from supervisory bodies compel the government agency to pursue critical legal investigations of environmental crimes.

Published on May 14, 2013 by Maya Boutroue Vedeld, translated by Charles Digges 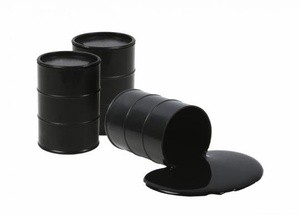 Several incidents over the past decade that only narrowly avoided becoming serious accidents for Norway’s offshore industry have shown the PSA to be at best overly indulgent of the Norwegian oil industry, and at worst seemingly willfully blind to its missteps.

On an international level, these may seems surprising revelations, given PSA’s well-deserved reputation of one of the best petroleum oversight agencies in the world. But there is still room for improvement, says Bellona.

Bellona advisor Karl Kristensen said that Norway’s Climate and Pollution Agency as well as prosecutors themselves underscored the importance of police investigations and prosecutions of environmental crimes, a topic that was discussed during a Bellona seminar in April.

“Bellona recognized that PSA is undersized in relation to the audit tasks required of it,” said Kristensen. “The increase of funding [to the authority] in recent years has not kept pace with the increase in jobs. Because of this Bellona has requested doubling the PSA budget .

Kristensen noted, however, that such reinforcements would be ineffectual if PSA is reluctant to fulfill its mandate. Kristensen said that “PSA’s lack of willingness to use the strictest measures, as far as Bellona can tell, are unparalleled in Norwegian management practices, which shows an excessively strong and naïve belief in dialogue as the only significant measure.”

Bellona wants PSA to monitor its own obligations in a clearer and more consistent manner. “Our requirements for the use of police reports when justified is thus only a single element of such a change of course,” said Kristensen. “In addition, we want that offshore operations that experience serious and undesired events be stopped until the causes of the events can be determined,” he said.

When investigations further reveal serious regulatory breaches there must also be consequences for the responsible companies both in financial terms and in terms of future operations permits, he said.

One example of such oversights by PSA was September 4’s incident aboard the Scarabeo 8 rig in the Barents Sea. According to an internal report by Eni Norge and Eni Sapiem the Scarebeo 8 rig the were operating for drilling operations developed a list of seven degrees caused by the inadvertent filling of a ballast tank.

Though this constituted a gross violation of regulations and evidenced serious technical defects, the rig was allowed to continue drilling operations, pointing to a culture of turning a blind eye to grave potential problems within PSA.

Not only supervisory bodies, but onshore industries and prosecutors have called for stricter control and a more systematic application of sanctions. When Bellona held gathered involved parties at its April seminar on environmental crime, it urged Økokrim, Norway’s national authority for investigating and prosecuting economic and environmental crimes, to continue to report cases of ecological felonies.

“It is pointless to argue that petroleum is so different from other industries that comparisons are impossible,” said Kristensen. “There are numerous Norwegian land-based industrial plants that are of similar complexity and pose similar risk profiles to offshore installations. There is not a lot of distance between regulations that govern on and offshore industry.”

Specific regulations governing the safe operation of offshore operations are derived from the same laws governing similar efforts on land. Both sets of regulations come from identical principles and mindsets, including requirements for internal control and continuous improvement.

Function-based regulatory requirements make it difficult to identify criminal violations. But the fines handed down to Norway’s Statoil for incidents at its Snorre A, Statfjord, and particularly the near-miss in 2010 that occurred at the state company’s Gullfaks C platform – which drew the second largest environmental fine ever imposed in Norway – show that identifying these criminal violations is far from impossible.

In May 2010, the Gullfaks C platform experienced an incident with a pipe that allowed liquids from a well being drilled to leak into the formation that was being drilled. Hydrocarbons streamed into the well, forming gas that reached the platform. An evacuation of 89 non-critical people from the platform was initiated as the situation continued to worsen throughout the day.

Investigations revealed that the potential explosive problem could have been foreseen: Prior to the platform’s evacuation a number of problems with pressure increases in the annulus outside the well were noticed, as well as loss of drilling fluid and gas ingress. The PSA’s investigative report also revealed that gas levels just before 6 p.m. on May 20, 2010 were so high that drilling mud was circulating upward, creating the possibility of an explosion.

Snorre A was also a catastrophe narrowly averted. The Norwegian platform experienced an incident in 2004 that put it imminent danger of a gas explosion.

But Bellona does not believe that such fines are an argument for not following up on criminal regulations, a lapse that PSA’s behavior has contributed to.

On this basis, Bellona views as paradoxical that the PSA on the one hand describes itself as a world leader in health and environmental safety at the same time that its behavior continues to reflect the Climate and Pollution Agency 20 years ago. That agency, on the contrary, today shows that it is possible to combine dialogue-based supervision with a willingness to impose criminal sanctions for serious regulatory violations when necessary.

“The times that the Climate and Pollution Agency operated as being kind to a fault and as an indulgent uncle to the industries it was appointed to supervise are over,” said Kristensen. “It is high time that PSA follow this example.”

Charles Digges contributed to this article.