A significant majority of the Norwegian Labor Party’s program committee went into a Wednesday night session over an impact assessment of areas in the country’s north that are especially vulnerable to oil drilling.

Published on January 31, 2013 by Magnus Borgen, translated by Charles Digges 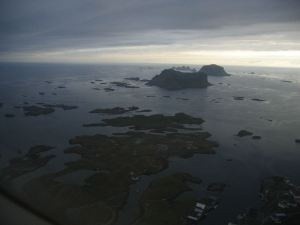 “Labor’s turnaround is sad for a remarkable food producing area. But this is not a lost cause. Bellona will fight hard to protect this natural kingdom of Norway and keep it free from the oil business,” pugnaciously declared Bellona President Frederic Hauge.

Labor is violating the government’s policies established during its eight years in power while a significant majority of the party’s program committee remained in favor of impact assessments in the highly vulnerable areas off Lofoten.

“We are committed to introducing an environmental impact assessment of the unopened water areas of Nordland VI, Nordland VII and Troms II,” Helga Pedersen, deputy labour party leader told Norway’s NRK national television Wednesday night. “Once the report is available, we will decide whether [these areas] should be opened for petroleum activities.”

“It’s extremely lamentable that Labour seems to be a party where special interests and  the Norwegian Confederation of Trade Unions  (LO) make the decisions,” said Bellona’s Hauge. “The initiative suggested by Helga Pedersen is the epitome of unparalleled greed. Tonight Socialists of power in the Labour Party became Socialists of oil.”

Hauge pointed out that it is the Labour Party’s national convention that formally has to decide on the program committee’s proposal before it becomes official policy, and promises to keep the pressure high.

“I’ve spent over 30 years of my life in the fight against the oil industry in these vulnerable areas,” said Hauge.

He pointed to Bellona’s past success in holding the oil industry at bay from vulnerable areas.

“We at Bellona stopped this right before the 2001 election, when we were with our boat Kallinika Røst,” he said.

“We won the battle, and we definitely do not want to give up now. I guarantee Bellona is going to make this case a hot potato for a political coalition in the upcoming elections.”

One of the reasons why Hauge believes it useful to fight is that Labour’s senior management according to Hauge unlikely to maintain open contact with the grassroots movements over this issue.

“Polls have shown that a majority of the population are against oil drilling. Labor’s leadership is obviously listening to more closely to the oil industry and the LO than they are voters,” said Hauge. “This is top-heavy decision-making that ignores grassroots skepticism.”

Hauge also thinks the Labor initiative is a mockery of the Government’s own natural and environmental professional management agencies.

“The labor party has now gone on to expose that the Lofoten oil business is based on purely politial decisions,” said Hauge. “The state’s natural and envirnmental expertise isbeing totally overlooked in the zeal to drill oil.”

Hauge now expects the Socialist Left party will now demonstrate itself to be good environmental party in the coalition government.

“If the Socialist Left party is able to show that it makes sense to have their party in government, it is now Socialist Left leaders that must show themselves off as politicians with clout,” said Hauge.