BRUSSELS – A new regulation for offshore oil and gas activities that would establish minimum environmental, health and safety requirements for all European Union Member States was proposed by the European Commission on October 27th.

Published on November 3, 2011 by Eivind Hoff 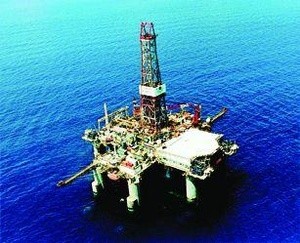 The proposed regulation establishes minimum requirements for industry and national authorities involved in offshore oil and gas operations. The regulation will also apply to all related installations, subsea installations and connected infrastructure in the waters of Member States including their exclusive economic zones.

A major part of the proposed legislation is the requirement of producing a “Major Hazard Report.” Companies will have to prepare a Major Hazard Report for their installations, containing a risk assessment and an emergency response plan before exploration or production begins. These reports would need to be submitted to national authorities who would give the green light if all conditions are satisfied.

Damage done to the environment and coastal economies can be significantly reduced if an effective emergency response plan is put in place beforehand. Such a response should be planned based on the Major Hazard Report, according to the proposal. Emergency response and the contingency planning for major offshore disasters will be made more effective by systematic and planned cooperation between Member States and industry, as well as by the sharing of compatible assets, including expertise. Where appropriate, those arrangements should also make use of the existing resources and assistance available from within the Union, in particular through the European Maritime Safety Agency and the EU Civil protection Mechanism.

With its extensive expertise on the offshore oil and gas industry, Bellona made a series of suggestions to the European Commission in the public consultation process this spring. Bellona noted that the discrimination between fixed and floating installations that presently exists (Directives 94/9/EC, 2006/42/EC and amending Directive 95/16/EC in addition to Directive 94/23/EC) is artificial and out-dated.

Bellona recommended that the distinction between sea-going and non sea-going facilities should be replaced by a distinction based on the kind of operations carried out. That would imply that a facility which enters into a drilling operation or a well intervention operation must be subject to the same regulations than the one applying to fixed installations, even if the facility is classified as a ship. This suggestion is reflected in the draft regulation which states that “An offshore regime need to apply to operations carried out on both fixed and mobile installations, and …”

This is an extremely important point, notes Frederic Hauge the President of the Bellona Foundation.

The need to enhance safety

There is a clear need to enhance efforts to minimize spills and emissions from the oil and gas industry. The Commission opens their press release on the proposed regulation by stating that the likelihood of a major offshore accident in European waters remains unacceptably high.

In recent years, Bellona has followed the developments in the industry with increasing concern. An alarming number of incidents and accidents show that the environment exposure represents a comprehensive risk. A prioritization of short-term returns, rather than safety requirements, has forced the organization to report Statoil (the largest operator on the Norwegian Shelf) to the public prosecutor several times over the last two years.

“With a stringent safety regime it is possible to bring the risk of a major accident down to a minimum and we believe that industry will benefit from working under strict environmental standards,” Hauge says.

In the proposal the Commission states that “the serious environmental concerns relating to the Arctic waters, a neighbouring marine environment and of particular importance for the Community, require special attention to ensure the environmental protection of the Arctic in relation to any offshore activities, including exploration”.

“We have previously expressed concerns that only half of existing standards can be used in the Arctic and welcome the concern expressed by the Commission,” says Sigurd Enge, an advisor with Bellona.

To facilitate public confidence in the authority and integrity of EU wide offshore activity, Member States should provide reports of activity and incidents and shall inform the Commission of major accidents without delay, and the Commission should publish reports periodically on levels of EU activity and trends in safety and environment performance of the offshore sector. Comparable information will be made available to citizens about the standards of performance of the industry and the activities of the national competent authorities. This will be published on their websites.

Bellona’s input to the consultation on an EU safety legislation for offshore oil and gas activity can be found here.

Read a press release from the Commission on the proposal here, or download the full proposal.

In conjunction with this legislative proposal, the Commission is putting forward a proposal for the EU to accede to a Protocol of the Barcelona Convention that protects the Mediterranean against pollution from offshore exploration and exploitation activities (see IP/11/1261).