The Arctic has thus far been spared from being plowed through by soot-spewing supertankers directly, suffering only from soot transported from afar, but this is changing as climate change makes the transport of ever heavier oil- and gas-carrying vessels through the Arctic Northeast Passage possible.

Published on September 1, 2011 by Charles Digges 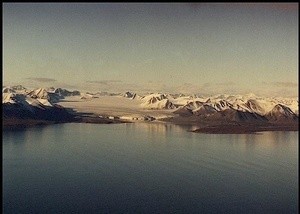 On August 30, the Russian Nuclear Corporation Rosatom reported that the tanker Vladimir Tikhonov – a suezmax with a deadweight of 162,000 tonnes that is owned by the Russian shipping company Sovcomflot – set a speed record completing its voyage along the passage in just under eight days.

It was escorted by two nuclear icebreakers, the Fifty Years of Victory and Yamal.

The Vladimir Tikhonov is the largest tanker to have moved along this route, Rosatom said. It is now on its way to a port in Thailand, carrying over 120,000 tonnes of gas condensate in its holds.

But impressive as it might be, the speed record would indicate a more pressing concern about the state of the Arctic region.

The Arctic is already melting at an alarming rate. Industrial emissions from the United States, and Europe, as well black carbon from large forest and agricultural fires in Russia, have previously been the main sources of soot in the Arctic ecosystem. Now the risks are becoming even greater.

“This is certainly not good the news it is portrayed to be on the NRK [Norway’s main state broadcaster’s] ​​website,” said Sigurd Enge, who advises Bellona on marine management.

“Oil transportation through the Northeast Passage is a hair-raisingly risky project,” he said.

Climate change is more strongly impacting the Arctic than it is lower latitudes and the Arctic ecosystem is already under severe pressure. Ice is retreating due to the greenhouse effect.

“When there is now less ice in the waters used for the commercial purposes of international shipping, [supertankers] will increase soot emissions, melting and have an even greater effect on an ecosystem that is already unbalanced,” said Enge.

Hanna Lee Behrens, the director of the Norwegian Shipowners’ Association, has concentrated on commercial benefits rather than the risks, as indicated by her remarks to NRK Nord News.

“If it turns out that it is possible to have stable and good passage, without higher risk than what we have on voyages today, then Norwegian ships will also use the passage,” NRK quoted her as saying.

But Egne, who has long experience sailing northern waters and investigating and responding to oil spills, strongly disagreed.

“The Arctic offers unpredictable meteorological conditions and highly variable ice conditions. This increases the likelihood of accidents,” he said emphatically.

“The consequence of running aground in these waters will be disastrous,” he said.

Enge explained that oil breaks down more slowly in northern waters due to low temperatures and less ultraviolet radiation that helps it disintegrate.

Furthermore, if the oil binds to ice, it freezes to it, creating a disaster in waiting for the next spring melt, said Enge.

“The conclusion is that using ships that run on heavy fuel oil is very risky when, additionally, the cargo is also oil products [like the load on the Vladimir Tikhonov] as this could lead to a greater disaster than the world has ever seen,” said Enge. 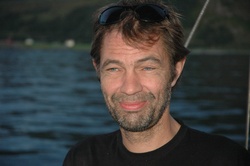 “There is no infrastructure, there are no people there, and oil spill protection in the Arctic is non-existent,” said Enge. “We have no good methods for oil recovery in ice-filled waters and research on this is currently at a very premature stage,” he said.

Other environmental impacts are the ones that occur during normal operations. Most commercial vessels and supertankers use heavy oil as fuel. There is evidence that soot emissions from the smoke stacks on board contribute to climate change, as soot settles on snow and ice, darkening their surface and reducing their capacity to reflect light. The ice melts quicker then as solar heat is absorbed by it.

“With increased traffic in Northeast Passage this will be a much larger problem,” says Enge.

“As if that wasn’t enough, the Russians are using two nuclear icebreakers to ease passage. This makes the environmental risk even greater, if that is possible,” he said.

There are other concerns, Enge said, besides the risks of running aground or problems with standard-operation radioactive discharges, such as the risk that the cooling system used by the icebreaker could go awry. That could exarcebate the thermal impact, subjecting the vulnerable and nearly inaccessible Arctic to both melting and a radiation accident of grave proportions.

“I do not believe that extensive use of the Northeast Passage is feasible on a large scale,” Enge continued.

Economically, it might just be too expensive to have each vessel escorted by two icebreakers, nuclear or not.

“What makes this route even less useful is precisely that although there is less ice year after year, ice formation becomes more changeable and the [navigational] season is so short anyway that this really makes for no alternative to the Suez Canal,” Enge concluded.