In the wake of a near explosion at a major Norwegian oil platform, employees of Norway’s Statoil have accused their bosses of taking safety issue too lightly, according to comments made during an internal internet meeting when company managers were peppered with criticism and critical questions, the Norwegian daily Aftenposten reported.

Published on February 11, 2011 by Charles Digges 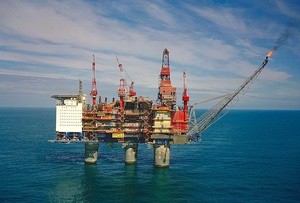 “When I read the newspapers, I wonder if it is safe to work offshore. It becomes worrying when I see how much safety-critical maintenance is not performed,” one worker wrote during the November internet meeting, a transcript of which was obtained by Aftenposten.

The transcript reveals that numerous employees are concerned about the underreporting of incidents and say that they dare not speak out about conditions on oil platforms at sea: “Confidence in management is very weakened,” wrote another employee. “It is such that we feel unsafe at work.”

The incident on the Gullfaks C platform of last spring has brought several clashes between management and employees, who say their safety is taking a back seat to production volume and profit.

The leak of the transcript of the internet meeting coincides with the release of information by Statoil that 50 of the178 I wells it operates in its Gullfaks A field have been shut down for more than a year due to concerns over possible leaks.

“Bellona’s assumptions about major problems with the reservoirs and the overlying rocks prove to be correct,” said Bellona’s president Frederic Hauge. “It is quite obvious that the Statoil’s aggressive pumping of water that has devastated the bottom, “

Even though the wells were shut down in autumn of 2010, Norway’s oil oversight body, Petroleumstilsynet, or PSA, was only informed about the closures at the end of January 2011. Statoil only held a press conference on the shutdowns on February 1.

Statoil’s workers concerned for their safety

Yet, as recently as Tuesday, an air-clearing meeting was held between the three major safety representatives and Statoil leadership in Bergen, Aftenposten said.

At the meeting, safety officials were outraged by an internal letter that was sent from Statoil management to workers on the Gullfaks C platform and their families assuring them the platform was safe and secure, and which was leaked to Aftenposten. The letter was signed by some of Statoil’s main safety representatives.

At the meeting, the safety representatives demanded that the letter be redacted and their signatures removed from it, and they gave the company a deadline on it, said the paper.

The Gullfaks C well suffered similar incidents, one on April 30th 2010 and earlier on December 23rd 2009.

“Three major events of this kind in less than five months proves that Statoil is not able to control this situation,” said Bellona’s Hauge at the time.

Yet, wider schisms between management and employees who are afraid to do their bidding were revealed in a transcript of a meeting held in November in the wake of the gas leak on the Gullfaks C platform.

This meeting was held, according to Aftenposten, after Statoil’s internal investigation into the incident and PSA, had published their reports. Bellona’s Hauge called the PSA report “a complete slaughter of Statoil” upon its release in November.

Employees were afforded anonymity to ask questions of management, and the transcript of the online meeting is a laundry list of distrust toward management and its priorities. According to Aftenposten, which read the transcript, Statoil employees hammered away at their bosses over issues of safety, their deaf ear toward complaints and warnings of the employees, poor training practices and Statoil’s general closed mouth policy about potential dangers.

Aftenposten cited one example of one employee who said that the employee-training course taught that “health, safety and environment” takes precedence over profit and production volume, but that in practice, safety would seem to be at the back of the line.

The employees said that critical maintenance procedures are deferred or ignored and security related improvements cut because the costs of a shut-down in production are more than Statoil wants to bear.

Another employee, according to Aftenposten’s reading of the meeting transcript, complained that Statoil’s internal investigation of the Gullfaks C incident failed to include the concerned of the employees, which ironically matched those which were revealed by the PSA report.

“Why was it chosen to write an internal investigative report when all who were involved in the operation [at Gullfaks C] could see that it had the wrong focus and was full of half-truths?” wrote the employee, as quoted by Aftenposten.

Statoil – the media blowing it out of proportion

Statoil management responded to some of these concerned employees by actually coming clean about backlogged maintenance to safety equipment: “”It is true that we currently have a backlog of maintenance of safety critical systems,” one management official was quoted as writing by Aftenposten.

Management also admitted that the Gullfaks C incident was “very serious” and had “major accident potential” thanks to “inadequate risk assessment .“

In another answer, however Statoil showed that there was no love lost between the company, and the PSA and the media.

Saying that both the PSA and the media have been very concerned about the accident potential at the Gullfaks  C platform, Statoil management wrote; “the media usually provide a very inaccurate picture and angles toward the dramatic.”

A wry response came from yet another employee, however, who said he was more informed about what was happening in the company works for by newspapers than he was by Statoil’s intranet news bulletins.