Giant overhauls in offshore drilling to be more than a facelift, government tells congress

NEW YORK – The Obama administration’s overhaul of offshore drilling regulations after BP Plc’s Gulf of Mexico oil spill will be substantive and not cosmetic, Interior Secretary Ken Salazar told a Senate committee today, according to US press sources. 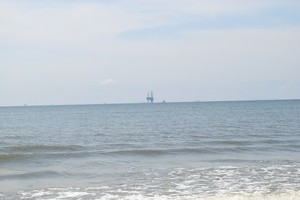 The Obama administration’s overhaul of offshore drilling regulations after BP’s Gulf of Mexico oil spill will be substantive and not cosmetic, Interior Secretary Ken Salazar told a Senate committee today.

President Barack  Obama also will make a fourth trip to the Gulf area next week, the BBC reported, although this could not be confirmed independently with White House officials.

The U.S. will conduct “thorough environmental analysis and scientific study” of the drilling, Salazar told the Senate Energy and Natural Resources Committee today. President Barack Obama has ordered a six-month moratorium on drilling in waters 500 feet and deeper while the spill is investigated.

Obama has ordered a six-month moratorium on drilling in waters 500 feet and deeper while the spill is investigated. The United States will conduct “thorough environmental analysis and scientific study” of the drilling, Salazar told the Senate Energy and Natural Resources Committee today.

President Barack Obama has ordered a six-month moratorium on drilling in waters 500 feet and deeper while the spill is investigated.

Salazar’s remarks come a day after Obama told NBC’s “Today Show” that his long consultations with experts constituted a search for “whose ass to kick.”

An April 20th explosion aboard the Deepwater Horizon drilling rig leased by BP triggered an oil spill that is the worst in U.S. history. Oil and gas companies drilling in the Gulf’s shallow waters yesterday were told they must get an independent third party to verify that devices to stop spills work.

“Significant additional” safety requirements will be imposed, particularly for blowout preventers, Salazar said on Capitol Hill today. “Our reorganization is not cosmetic.”

The failure of the Deepwater Horizon’s blowout perventer is cited as the main cause of the BP spill.

Salazar also said the moratorium is “the pause button, it’s not the stop button,” and companies working in the Gulf of Mexico, which accounts for 30 percent of US oil-and-gas production, have continued to pump oil since the explosion. Some 4000 rigs currently operate in the Gulf and an additional 3000 are capped and not producing at the moment, according to a drilling engineer who has 25 years experience drilling on the Gulf.

A containment cap placed on the blown-out well last week is helping to contain some of the leaking oil.

That would mean the cap is collecting more than half of the escaping oil, based on the government’s estimate that 600,000-1.2 million gallons a day are leaking from the bottom of the sea.

However, a BP spokesman told the AP news agency that it could not say how much of the recovered oil had been processed.

BP has said it will donate net revenues from the oil recovered to a fund to restore wildlife habitats on the coastlines of four affected Gulf Coast states.

US Coast Guard chief Adm Thad Allen, the federal point man for cleanup and containent, wrote to BP on Tuesday demanding “more detail and openness” about how the company is managing claims for compensation payments to individuals and businesses in the region, the BBC reported.

“The BP Deepwater Horizon oil spill is having a devastating impact on the environment and the economy of the Gulf Coast states and their communities,” he wrote.

Meanwhile, tests have shown that underwater oil plumes have travelled at least 40 miles from the leaking well, the US government says.

Scientists noted that concentrations of oil in the plumes were “very low,” but said the plumes were very difficult to clean up, and they could damage the Gulf’s abundant sea life by depleting oxygen in the water.

“It may be down to how you define what a plume is here,” he said.

The morning the rig exploded, a BP executive and an official from Transocean, which operated the rig, argued over how to proceed with the drilling, survivors of the blast told CNN.

The workers said BP routinely cut corners and pushed ahead despite concerns about safety.

A BP spokesman said it would not comment on specific allegations until an investigation into the accident was completed, but said that “BP’s priority is always safety.”

Nonetheless, the plumes will wreak havoc with fishlife. According to BP, 90 percent of the compensation cheques it has thus far issued have gone to Gulf fishermen.