PASS CHRISTIAN, Mississippi – Kevin Groves, a local business manager, lowers the fishing boat he bought two weeks ago into the water via a slip at the Pass Christian Harbour, turns over the 150 horsepower engine and heads for the Barrier Islands of the Mississippi Gulf Coast for a little trout fishing. 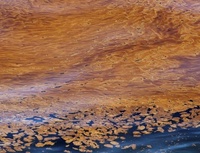 Earlier in the day, news broke that oil had made landfall at Louisiana’s Chandeleur Islands – 20 miles south east of where he’s headed. But Groves is not placing much stock in it for the moment. 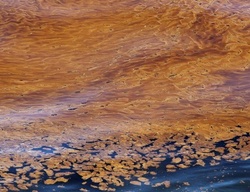 “Whatever I manage to catch today I’ll be happy to have for dinner,” he said. Indeed, it was a great day to make a catch as fish nearly hopped out of the water in the harbour.

In a way, local residents, who daily get to pass the ruin of Hurricane Katrina that still has not been rebuilt or hauled away – felled oak trees, barren foundations of houses that were carried awayby high tides and winds, closed businesses and pier pilings that wander aimlessly into the sea, stripped of their boardwalks – simply feel they’ve had enough.

At Shaggy’s, a seafood restaurant at the Pass Christian Harbour, the atmosphere was bustling and convivial as customers lunched on gumbo and crab claws. A sign out front of the restaurant announced proudly: “And yes, we do have oysters!” – one of the seafood groups most threatened by the spill, and many recent hauls of which have come up reeking of oil fumes.

But a shopkeeper near the harbour may have put it best when she said: “Out of sight, out of mind – we’ve had enough. Why won’t you let us enjoy the last few days?”

It is clear that there is a time bomb ticking at sea, but local residents are trying their best to carry on life as usual before environmental Armageddon again strikes.

Get it while the getting is still good

Fishermen surrounding Cat Island were doing exactly that. Nine miles out from the harbour, boats congregated to catch the last of speckled trout they could before the oil does – or does not – wash though and destroy the last vestiges this town has to offer: tourism, pristine beaches, seafood, breeding grounds for hundreds of sea birds and animals and, for now, a friendly and welcoming attitude.

Local fisherman, both sportsmen and professionals alike greeted each other with knowing smiles. “Looking okay out there,” they asked each other. “So far, so good,” came the responses. Indeed the water was clear as one sailed to the Barries Islands, accompanied by dolphins and low flying pelicans.

But others had more foreboding stories.

“I was 42 miles out a day or two ago and it’s not looking so good,” said Joe Catalanotto, a local businessman and sports fisherman. 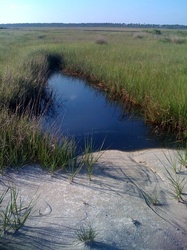 When Groves and his guests arrived at Cat Island today, the most of the island, which is marshland breeding grounds for alligators and seabirds, had been surrounded by yellow and orange floating booms to protect it from the crude that is pouring with nearly volcanic force from the open well left after the Deepwater Horizon rig, operated by BP, exploded on April 22.

BP had earlier sent a giant iron funnel to lower onto one of the three leaking holes at the ocean’s bottom in hopes of staunching the flow, which until yesterday had been estimated at 5,000 barrels of oil a day.

That figure was upgraded when BP chief Tony Hayward and other executives met with US Congress yesterday, and upgraded it to 60,000 barrels a day – more than ten times as much.

On Thursday, as Hayward observed efforts to lower the funnel, he said he did not actually expect it to work, the New York Times reported.

“It’s only one of the battle fronts,” said Hayward in a helicopter that hovered 1,000 feet above the site of the Deepwater Horizon explosion. 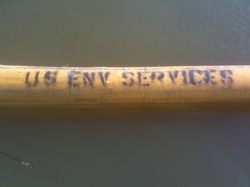 Further west on Isle au Pitre, an oyster and bird breeding haven across the Mississippi-Louisiana line, Groves continued to fish in the shallow waters while his girlfriend searched out pieces of Native American pottery and pointed out birds’ eggs. There were no oil booms to be seen surrounding the island, which is in a direct path of the slick that hit the Chandeleur chain.

Noticeably absent, said Groves, was the steady traffic of shrimp boats that would ordinarily be passing through the Grand Pass off Isle au Pitre. The US government’s moratorium on fishing applies only to industrial fishing in federal waters, which extend from three to 200 miles from the coastline.

Groves piloted his guests back to Pass Christian Harbour against the backdrop of a sunset so perfect that, at this latitude, its descent was almost visible as it dropped into to ocean horizon like an enormous tangerine.

Later in the evening, the air in Pass Christian was permeated by the viscous smell of gaslight fumes as BP continued with several burns of surface oil, according to oilonline.com.

Groves said in later conversation that he was no longer as sanguine that his community would escape the worst of the slick.

“With the smell and the forecast sent to me by (my brother) Bill, I guess I am not so optimistic,” he said.