ST. PETERSBURG – In the wake of the Black Sea oil spill disaster last month, and Russia’s checkered past with oil accidents and their cleansing, the secret is out about how official trickery and shoddy science are at the heart of why Russia is ill prepared for big league oil drilling and transport. Even the basic cleaning methods are done on the cheap, and surface cleansing is a whitewash that sends toxic crude to the bottom of the sea.

Published on December 3, 2007 by Rashid Alimov 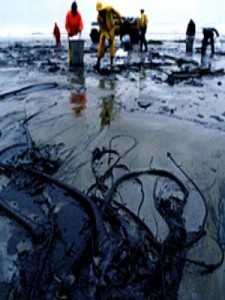 Once there, say scientists, the crude is virtually impossible to collect, and produce substances that kill off entire populations of fish.

“It’s more convenient for clean-up crews to use sorbents that sink to the bottom – they can say the spill has been taken care of and no one will know the difference, even though non-floating sorbents, once saturated with oil, must be re-collected,” says Dr. Gennady Shvedchikov, of the St. Petersburg Union of Scientists.

Today, hundreds of tons of petroleum lie on marine floors in the northwestern Leningrad Region alone. The All-Russian Petroleum Scientific Research Geological Institute, or VNIGRI in its Russian acronym, reports that: “the contamination of lake and river beds is more dangerous than the surface contamination” that results from oil spills in the area.

“Even after the application of bio-sorbents, the oil stays around for a long time. That’s because bio-sorbents require temperatures of 10 degrees Celsius or more to work,” says Shvedchikov.

These are not temperatures that are likely to be found at the bottom of deeper bodies of water. Likewise, water pressure on the seabed can turn oil into a hard substance that even petroleum-eating bacteria cannot break down in the absence of oxygen. Even under favorable conditions, these bacteria produce gases such as methane, hydrogen sulfide, nitrogen oxide, and carbon dioxide that can kill marine organisms and destroy fish eggs. 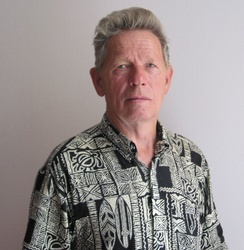 VNIGRI sent a letter to the Leningrad Foundation of Trade Unions some years ago stating that, when cleaning up surface spills, it is preferable to gather the oil and send it for on shore processsing and cleansing than to let it sink to the bottom of a water body in question.

"The committees on natural resources in St. Petersburg and Leningrad Region are wasting millions of rubles purchasing sorbents that sink to the bottom, including so-called bio-sorbents," Shvedchikov said.

"This is in large part because they are violating the norms of fair competition regarding the purchase of sorbents. Specific products are purchased not on basis of their effectiveness, but according to which company manufactures them." Nothing is known about the resulting regeneration of these sorbents, said Shvedchikov.

"The same bureaucrats who allowed the Gulf of Finland and the Neva-Ladoga systems to be contaminated in the first place are the ones making the purchasing decisions!"

Documents obtained by Bellona Web show that bidding within the City Committee of Natural Resources is minimally competitive. When Shedchikov attempted to participate in the competition for example, his application was rejected because "an incomplete inventory of production was submitted." That’s because the committee requires that abstruse properties about the sorbent and bonds be included in the application, such as optimal concentrations for washing contaminated cisterns, he said.

"And so, oil remains on the bottom of the Gulf of Finland and money stays in the pockets of unscrupulous scientists and government bureaucrats," says Shvedchikov.

Aside from his distinction at the St. Petersburg Union of Scientitsts, Shvedchikov is the inventor of the sorbent Russorb, which consists of a porous aluminum silicate that binds to oil and doesn’t sink. It also doesn’t stick to the feathers of marine birds––soemthing that could prevent the steady stream of heart wrenching news photos of oil-soaked waterfowl that inevitably follow every oil disaster.

Shvedchikov’s Russorb collects oil with 99.9 percent efficiency; afterward it’s re-collected by cleanup crews.Vodokanal and other certified research centres have vouched for its effectiveness.

"The oil-sorbent compound can be collected with a skimmer. It doesn’t clump, so it won’t clog ship propellers, and unlike other sorbents, it retains water along with the oil, so there’s no additional cleanup required afterwards," says Shvedchikov. Smaller spills can even be cleaned up with makeshift netting, he said.

All sorbents react more slowly when temperatures are low. Oil becomes more viscous, fuel oil becomes harder. When oil freezens into ice, the only way to clean it up is to break the ice.

The Leningrad Region Laboratory Centre tested the toxicity of Russorb on everything from water fleas to bull semen before deeming it ecologically safe.

"This is an urgent question," says Lesikhina. She believes it is necessary to carry out complex experiments to determine the effectiveness of sorbents depending on the amount of oil spilled and the location of the spill – including its proximity to protected natural territory.

There are many other sorbents on the market besides Russorb. One widely-used class known as dispergents turn the oil into tiny drops, which mix with water and then oxidize. Unfortuantely these toxic chemicals can harm fish, birds, and other marine animals. As Lesikhina notes, "dispergents, especially in Artic conditions, can occasionally do more harm than good to the local ecosystem."

Burning spills can consume as much as 90 percent of surface oil, but it is extremely destructive to marine life, and is only allowed far from natural reserves and populated areas.

Simply pumping oil from the surface is the most harmless method, but also the least effective.

In the Murmansk Region, skimmers are the primary tool to battle spills. Fifteen years ago, the Murmansk Marine Search and Rescue Authorty – the local agency responsible for dealing with oil spills – purchased a sorbent based on 15-year-old vermiculite. They found the technology to be so unrefined that they’ve never used it.