ST. PETERSBURG As a result of a heavy leak of black oil from an as yet unknown source, conflicting reports indicate, some 50 to 200 kilometres of shoreline near the Russian enclave of Kaliningradknown for its beach communities and a nature reservewere polluted, crippling tourist business and causing possibly irreversible damage to local sea life. 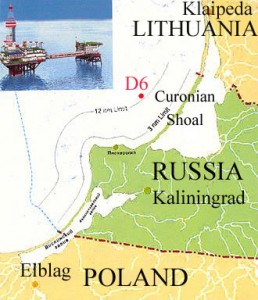 According to the Kaliningrad-based environmental group Ecodefense!, some 200 kilometres of shoreline, which includes the Baltiysk and Svetlogorsk resorts and the Kurshkaya Kosa nature reserve, have been saturated with about 200 grams of black oil per square metreoil the organisation says may have come from an offshore oil rig being built by Russian oil giant Lukoil. Official figures put the affected stretch of beach at 50 kilometres.

Ecologists with Ecodefense!which, like local authorities, has been collecting accident datasay that the spill, which was distributed equally along the coastline, was the result of some 40 tonnes of black oil seeping into the Baltic Sea. Officials in Kaliningrada territory of Russia wedged between Lithuania and the Baltic Seawould not confirm this, but Ecodefense! ecologists say that the official version does not correspond to reality.

Whatever the case, price slashing by the Baltiysk and Svetlogorsk resorts still cant keep the tourists in the area, who, despite the discounts, are fleeing the contaminated beaches.

Source of Pollution Still Unknown
The pollution was detected a little over two weeks ago and became fully visible on the waters surface by July 14th. There are several scenarios as to the oil spills origin being investigated by Kaliningrad officials. One possibility is that it began to pour out of the Chinese oil tanker Fu Shanghai, which had sunk near the Danish island of Bornholm in June. Another possibility, officials say, is that the oil came from some unknown ship that dumped black oil into the sea and caused the contamination.

A third possibility, forwarded by Kaliningrads Ecodefense!, is that the pollution is not black, or fuel, oil at all, but crude oil from Lukoils sea-based drilling platform D6, which the Russian oil giant is developing in the Baltic sea a mere 22 kilometres from the Kurshkaya Kosa. The Kurshkaya Kosa or, in English, Curonian Shoal is a national park, a long narrow peninsular strip of land that forms a lagoon along Kaliningrads coast. The site was included in World Heritage List of the United Nations Educational, Scientific and Cultural Organisation, or UNESCO, in 2001.

The commencement of work on the D6 platform coincides suspiciously with the beginning of massive emissions of oil products onto the seashore, read a statement issued by Ecodefense!. The company Lukoil will not grant international experts access to the D6 platform even after a UNESCO committee turned to Russia with the demand that it not drill for oil in that spot until an intergovernmental examination was carried out, the statement continued. 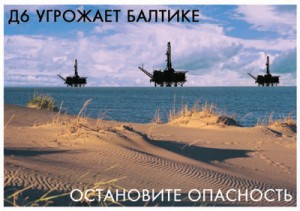 Kaliningrads Ecodefense! co-chairwoman Alexandra Korolyova added that in the case of any accident at D6 the public will literally be left swimming in oil.

As has been shown, she said, the authorities are unprepared for any emergency liquidation of oil spills and Lukoil has, in effect, removed all liability from itself.

It would seem that the only people interested in obtaining a truthful picture of what occurred are ecologists. It is nonetheless the case that any scandal impacting the Curonian Shoal is fraught with serious consequences. For that reason, Kaliningrad will very likely remain a flashpoint of battles between environmentalists, government authorities and oil companies.

The ship, which was en route from Bugrovsky Buoy, on Lake Ladoga, to the port of St. Petersburg via the Neva River, was loaded with 4600 tonnes of black oil when its hull ground into the lake bed.

As a result of the incident, the ships ballast tank was breached. The Okhta, however, had a double hullunlike many Russian tankersand the lake and the Neva River were spared a massive oil spill. Double hulls, however, do not ensure against serious accidents. The Okhta ran aground against relatively soft silt. A rockier bottom could very well have penetrated both hulls.

But the Okhta incident is likely only the first of many future similar accidents.

As it stands, Lake Ladogas water level has fallen, so many tankers laden with tonnes of black oil en route to St. Petersburgs port are literally dragging their hulls across the lake bed. At the same time, oil transportation from Lake Ladoga and via the Neva RiverSt. Petersburgs only source of drinking waterare increasing as Russian oil profits continue to skyrocket on international markets.

According to information furnished to Bellona Web by Sutyagin, not a single project of oil transfer through Lake Ladoga or the Neva has been submitted for approval by regulatory agencies. Only petroleum terminalsfor the loading and unloading of oilare, as a rule, verified by authorities against existing regulations. At the same time, however, more and more petroleum terminals are being built and intensifying tanker traffic, and thus the likelihood of a major accident in the St. Petersburg area.

Russia Objects to Phasing Out Single Hull Vessels
During a recent meeting of the member states of the Helsinki Convention, on June 25th in Bremen, Germany, Russia was the only country to speak out against a proposed ban of single-hulled oil tankers in the Baltic Sea. Russias position seemed unreasonable, given that the proposed programme does not immediately prohibit Russias outdated, single-hulled tankers from plying the Baltic Sea.

The Bremen meeting produced the so-called Helcom-Bremen Declaration, which was reluctantly adopted by Russia because of certain objections Moscow had to the declarations language, said Anne Christine Brusendorff, professional secretary of Helcom, in a telephone interview Friday.

Russia particularly objected to the inclusion in the declaration of the part that said the semi-enclosed Baltic Sea has a slow water exchange and is therefore particularly sensitive to eutrophication, meaning that the sea is abundant with accumulation of nutrients that support a dense growth of algae and other organisms. Their decay depletes the shallow waters of oxygen in summer. The many ecosystems living in the sea are consequently easily damaged.

The wording of the declaration, therefore, could lead the International Maritime Organisation to declare the Baltic Sea an especially sensitive area, which would severely limit Russias oil shipment privileges, especially in single-hulled tankers.

The Helcom-Bremmen Declaration went on to say that the countries agree to enhance our co-operation on maritime safety in the framework of the International Maritime Organisation, with the objective of preventing maritime accidents and consequent pollution, through concrete measures, especially concerning the phasing out of single-hulled vessels and the ban on transport of heavy or black oil in single-hulled vessels. Meanwhile, we will regionally seek agreement to ensure the same effect.

According to Brusendorff, the regulations on environmental safety and the ban on single-hulled oil tankers concern not only Russia, but all the countries of the Baltic Sea. According to the International Association of Independent Tanker Owners, a European Commission regulation adopted last year will phase out access to European ports of all single-hulled vessels during the course of the next fifteen years, beginning with the oldest and largest of the tankers, for which the ban will take effect in 2005.

But Russia was intransigent at the Bremen meeting, a posture that may well kill its rights to ship oil through the Danish straights. Thus, Russias desire to save money on environmental safeguards, it seems, might once again threaten its profit margin.