MURMANSK – Russian oil and gas monopolists have announced they are ready to independently tackle deposits on the Arctic continental shelf, while holding their tongues about mutli-million dollar benefits from the government – and that Russian taxpayers will be footing the bill.

Published on September 13, 2013 by Anna Kireeva, translated by Charles Digges 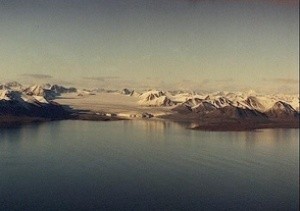 The Russian Ministry of Nature and the Environment is counting on the Duma to pass in their second and third reading amendments to legislation granting them special tax breaks for developing oil and gas fields on the Arctic Shelf. On the whole, the subsidies will total some $20 million per year. It is assumed that the measure will stimulate a stream of investment to develop the difficult to produce northern fields.

Russian President Vladimir Putin at the conclusion of last week’s G20 summit held in St. Petersburg tried to explain as well as justify to reporters the necessity of providing such colossal subsidies.

“You understand, this is a very investment driven project with in fact unknown end results because more geographical exploration needs to be done, more preparatory work, and so on,” said Putin, according to an official transcript of his remarks on the Kremlin website (in Russian). “Even in the first stages, bearing in mind that these works must be carried out in hard to reach areas with the most contemporary technology, frequently very far from shore and at great depths – all of this makes the projects very expensive. And, of course, without government support at least during the first stage in the form of subsidies you can’t manage there, or otherwise the project won’t be implemented at all.”

In other words, Putin is confessing to investing huge sums into a project whose outcome he cannot predict.

In addition, Deputy Natural Resources and Ecology Minister  Denis Khramov has said that government financing of some 22 million roubles ($674,000)  has already been earmarked for geological exploration on the Arctic shelf for now until 2030.

Khramov said that  ”for one state rouble, business usually invests seven to eight roubles.” and if the state finances the first volume of work on the shelf and on dry land, then companies engaged in subsurface resource development will pay for the next cycle,” said Khramov, according to remarks in oilru.com (in Russian).

In exchange for the subsidies and not having to lay out any cash for the geological exploration (at least in the initial stages), Russia’s state gas giant Gazprom has announced it will be doing “independent” work on the shelf.

This concerns work at the Prirazlomnoye field in the Perchora Sea and the Kirinsk Gas Condensate field in the Sea of Okhotsk, where production is slated to begin this year.

“Development of the Prirazlomnoye field will become the first project ever to extract hydrocarbons from the Russian Arctic shelf,” said vice chairman of Gazprom’s board, Valery Golubyov at the 11th International Conference and Exhibition for Oil and Gas Resources Development
of the Russian Arctic and CIS Continental Shelf (RAO/CIS 2013).

These remarks despite the fact that the Prirazlomnoye drilling platform, as earlier reported by Bellona, is completely environmentally unfit for drilling in the Arctic.

Gazprom also plans to form on the Arctic shelf a “large center for the recovery of hydrocarbons, which, in the long prospective, will be one of the fundamental ones in Russia,” said Golubyov, but failed to explain what the functions of such a center would be.

Relative to the Shtokman Project, Golubyov said that current market prices for natural gas don’t allow for the project to move forward, even though Gazprom says it is ready.

“We are prepared to undertake decisions on the project today, but the state of affairs currently has no demand for it. The fields we have will guarantee the fulfillment of our contracts,” he said.

Attention quickly shifted from Shtokman to the Murmansk gas field, which is located on the continental shelf in the Barents Sea 200 kilometers from the shores of the Kola Peninsula.

Gas deposits at this field are estimated by experts to be some 120 billion cubic meters, which classifies the field as large scale.

It’s currently not possible to predict when the Murmansk field could be developed, but Gazprom hurried to draw comparisons between it and the Norwegian O’rmen Lange field, where underwater technologies are being successfully used for gas drilling and transport.