The European Parliament wants to force oil, gas and mining giants towards greater transparency through rules that require them to declare payments they make to governments. 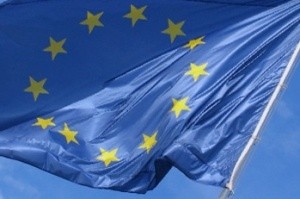 In a meeting on 18 September the European Parliament’s Legal Affairs Committee voted in favour of making it a requirement that large oil, gas and mining companies must disclose the payments they make to foreign governments.

This is part of a directive proposal which will modify the existing Transparency Directive (2004/109/EC). With this proposal the Commission aims to create a more responsible approach to business in Europe in order to foster more sustainable, economic growth.

The rules will apply to all financial transactions worth more than € 80’000 on a country-to-country, project-to-project basis. All profits before tax, including effective tax rates, total number of people employed and how much they are paid shall be included in the report. Companies will also have to annually disclose the activities of subsidiaries, joint ventures and any other trade agreements. Moreover, Parliament expanded the text put forward by the European Commission by adding forestry, construction, telecommunications and banking sectors to the list.

The vote expands the reach of mandatory reporting requirements established in the United States through the Dodd-Frank Act. European legislation would apply to hundreds of companies in the 27 EU Member States, including state-owned entities such as Lukoil and Gazprom, which are not covered by Dodd-Frank requirements.

Non-compliance with the rules would entail a fine of up to 10 percent of annual turnover for companies or € 5 million for individuals.

More than 60 developing and transition countries, which rank among the lowest in the world for poverty, economic growth, authoritarian governance, conflict and political instability, receive billions of dollars per year from extractive companies. Oil, gas and mining revenues, as a source of economic prosperity and development, could be critically important for the people of these countries, ranked as two-thirds of the world’s poorest people.

Anti-poverty campaigners applaud the Legal Affairs Committee’s move and say that it has set bold examples by adopting positions that will be of great value for the resource-rich poor by giving them project-specific information that can help them hold their governments to account. Transparency is crucial in the development of a more accountable extractive sector.

The proposal will now be sent back to the European Commission and Member States for further negotiations.