After months of start and stop negotiations and confusion among its foreign partners, Russia’s Gazprom has finally ended the suspense and declared that the development of its enormous Shtokman gas condensate field under the Barents Sea is indefinitely on hold. 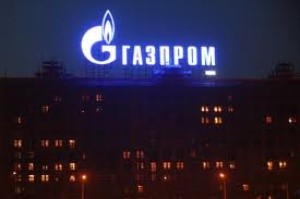 The news comes on the eve of a scheduled meeting of partners in the Shtokman field development, where Gazprom’s foreign partners had hoped to finally agree on an investment strategy after endless haggling.

But the announcement from the Russian state gas monopoly indicates that even the Russian government cannot, for the time being, see its signature gas project yielding a healthy financial return.

Speaking at Norway’s Offshore Northern Shores Oil and Gas conference in Stavanger, Norway, Vsevolod Cherepanov, head of Gazprom’s production department, told the attendees the project has been overwhelmed by events in the international gas market and needs to rethink its strategy amid spiraling costs.

“All parties have come to the conclusion that the financing is too high to be able to do it for the time being,” Cherepanov told a conference.

The apparent failure of the project, announced only hours ago, will strike a blow against Russian President Vladimir Putin’s economic development plans, which have laid many chips on speeding the production of liquefied natural gas for worldwide export as a centerpiece of the country’s financial growth.

It will also be greeted by many in the environmental sector as a victory in their fight to save vulnerable Arctic seas from hyper-industrialization by Russian and international oil consortiums.

Cherepanov said Shtokman Development AG’s partners in the project, France’s Total and Norway’s Statoil, agreed with Gazprom’s analysis that the project cannot move forward in light of the increasing costs.

Total, which holds 25 percent of Shtokman Development AG, yesterday sent out an apparent warning salvo when its Vice President of Northern European operations Patrice de Vives told the Norwegian media his company was reluctant to drill in Artic conditions for environmental reasons.

Norway’s Statoil early last month gave back to Gazprom its 24 percent holding in the Shtokman project as part of an agreement that it would do so when the agreement on its participation in the project expired. Statoil said it had written off around 2 billion Norwegian kroner ($336.2 million) of investment after investors failed to meet the deadline for an agreement. Total has so far maintained its shares.

Statoil spokesmen, however, still insisted today they are in talks with Gazprom – which holds 51 – percent on how to make the project profitable, even in the face of evident collapse.

Bellona President Frederic Hauge, who is attending the ONS conference, said that the current impasse on the Shtokman field was inevitable.

“This is what Bellona has argued all the time – this shows how technically difficult it is to conduct petroleum operations in the Arctic, so complicated that it is not profitable,”he said.

“Shtokman has been described by the Russian Foreign Minister as the hub of the wheel for petroleum activities in the Arctic – now they have no more hub,” he said.

Cherpanov, according to news reports, told the conference that “All parties have come to the conclusion that the financing is too high to be able to do it for the time being.”

Halt in a years-long wheel-spinning exercise

A rotating group of foreign firms have been plodding through talks for years over investment strategies, tax kickbacks and other issues pertained to the development of the remote deposit, one of the world’s largest with gas reserves estimated some almost 4 trillion cubic metres.

In mid-July, shortly after the expiration of a framework agreement with France’s Total and Norway’s Statoil, Gazprom’s chief executive Alexei Miller said the company would make a final choice of foreign partners in early autumn.

The project’s main enemy seems to be the US’s bloating of its own market with shale gas. Shtokman’s plans had relied heavily on exports to America, Reuters reported.  A slow down in European demand has also deflated the projected Russian gas bonanza.

The investment decision had also been repeatedly delayed because the parties could not agree whether the project should focus on pipeline or liquefied natural gas (LNG) production.

Too many eggs in Shtokman basket

The Russian government – whose economy is precariously dependent on oil and gas sales and prices – has also been stubborn to grant tax cuts to its foreign Shtokman partners also hobbled the launch of the project.

“Costs are extremely high if we are to maintain a satisfactory level of safety [in Arctic gas development]” said Bellona’s Hauge. “Bellona is concerned that the high cost of petroleum production in the Arctic will lead to skimping on safety and oil spill response rediness.”

Statoil not ready to throw in the towel

A Statoil’s spokesman on Wednesday told Reuters that the partners are still in talks over the project’s future.

“We have a direct dialogue with Gazprom and still believe that it should be possible to implement this project, but a number of factors needs to fall into place,” Jannik Lindbaek said.

“There are huge resources and interesting opportunities on Shtokman, but it requires an agreement on the commercial and technical aspects. This is what we are working on now,” he was quoted by the agency as saying.

Total has repeatedly expressed interest in remaining with the project. A spokesman reached by Bellona on Wednesday, however, refused to comment on the company’s future position. Other company spokespeople did not respond to emailed requests for comment.

But the Total’s de Vives told Norway’s Aftenbladet newspaper Tuesday that, “There are many places in the world we can drill, and the Arctic is not a place we want to be.”

“If total now pulls out of Shtokman and the Arctic, it would be  a gift to humanity,” he said.

His assesment of Statoil’s position was not as charitable.

“Statoil’s desire is to drill its way to the North Pole with [Norwegian Oil and Energy Minister} Ola Borten Moe, the environmental and oil extremist,” said Hauge

Shell to step in?

Royal Dutch Shell has meanwhile been tipped as a possible successor to one of the smaller shareholders in Shtokman Development.

Cherepanov confirmed that Shell has expressed its interest, saying that it might also join along with a number of engineering companies.

“That’s a possibility,” he said, adding that a final investment decision on the first phase of the project would now not come before 2014.

Other foreign partners that have in the past been considered, and then dismissed, by Gazprom include Norsk Hydro, ConocoPhillips and Fortum, who all eventually quit the project over many of the same frustrations that boiled to a head today in Stavanger.