The results of a study into the environmental effect of the Elgin platform gas leak are expected to be released Wednesday by the Scottish government and expectations are low that major damage will be discovered. 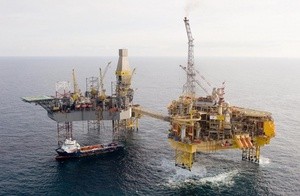 The research vessel Alba na Mara spent the weekend at sea taking samples of marine life. The data – originally expected to be released today – will be released tomorrow, a government official said.

A team of scientists from the Scottish government agency Marine Scotland were on board and have been analyzing the results.

The current study however focused on the marine habitat. No data are expected to be released on the impact of the gas leak on the climate. The leak is comprised mostly of methane, which is 20 times as damaging to the climate as carbon dioxide.

Gas has been leaking from the Elgin platform for 13 days at the rate of 200,000 cubic meters a day.

Bellona President Frederic Hauge said he expects that the Scottish statistics on damage to marine life will be minimal.

“It the end, it is not a gas leak directly into the sea so I do not expect to see extensive damage to marine ecosystems,” he said Tuesday. “The area is not a particularly important fish spawning ground, nor is it an important habitat for sea foul. It is a very dangerous situation, certainly, but it is not an environmental catastrophe at the moment.”

He did caution however, that climate data, once revealed, may be damning.

Total have said they are working on plans to stop the leak.

A team comprised of three total representatives and engineers from Wild Well Control, a Texas-based contractor specializing in oil and gas well fires and leaks flew out to inspect the leak last week.

“We achieved our goals. Everything went as we would have hoped and the planned well intervention is achievable,” Wild Well Control said in a statement.

They propose to plug the well with mud in a strategy nicknamed “dynamic kill,” a procedure that would involve pumping heavy mud directly into the well from the platform.

Specialist equipment to perform the dynamic kill arrived in Scotland on Friday after being flown in from Houston, Texas.

In a conference call to analysts and reporters last week, Total Chief Financial Officer Patrick de La Chevardiere appealed to those listening to avoid comparisons between the Elgin leak and the Gulf spill at BP’s Macondo well.

“While we understand that comparisons to Macondo are inevitable, we would like to state clearly that the situations are very different,” de La Chevardiere told reporters. “There is no crude oil involved here and therefore the current impact on and risks for the environment are relatively low.”

The Elgin leak is also on a smaller scale, according to George Hirasaki, a chemical engineering professor at Rice University in Texas who has worked in the oil industry.

“It’s more of a very dangerous situation rather than a disaster so they may be able to get it back under control with minimal losses,” he said.

Scottish Environment Secretary Richard Lochhead said over the weekend that he expected the government vessel to discover extensive damage.

“I don’t anticipate any evidence of any potential impact on the marine environment, but as long as this gas leak is taking place we have to monitor, on a daily basis, what is happening, and understand what is happening,” he told BBC Scotland.

Environmental activist group Greenpeace, however, has sent a boat to the area to take air and water samples of it’s own.

It said in a statement that its tests would reveal in the coming days whether it considers that the leak will cause damage to the environment or wildlife in the area.

In the meantime, the group did note that the gas escaping is mostly methane, which is “20 times more dangerous for the climate than CO2 (carbon dioxide).”

The group said its tests would reveal in the coming days how damaging the leak has been to the environment and wildlife in the area.