Vis menyen
Bellona.org > Latest News > Fossil fuels > Gas > When and how will Shtokman be launched?

When and how will Shtokman be launched?

MURMANSK – Shtokman Development AG – the operator company behind the first development stage of the Shtokman gas condensate field on the Barents shelf – met with Murmansk environmentalists to discuss the project’s investment prospects, the Shtokman environmental impact study, and ways to handle CO2 emissions from the future production site.

Published on February 21, 2010 by Anna Kireeva, translated by Maria Kaminskaya 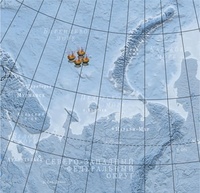 The discussion started off with the latest big news from the company: On February 5th, Shtokman Development AG had sent out a press release saying the final investment decision on the production of pipeline gas from the Shtokman field would be pushed back until March 2011, and the decision on investing into liquefied natural gas (LNG) production – the second phase of Shtokman development – would be made in late 2011.

The company announced it was postponing actual production at the site until 2016 or 2017 – at least a four-year delay from the previous plans of beginning drilling in 2012. Before the current economic recession, Shtokman Development planned to start pumping gas for pipeline deliveries in 2013, and LNG production was supposed to start in 2014.

Shtokman Development is a joint Russian-French-Norwegian venture established two years ago for financing, design, construction, and operation of the first phase of development at the field. Russia’s gas giant Gazprom owns 51 percent in the company, another 25 percent is owned by France’s Total S.A., and another 24 percent belongs to the Norwegian StatoilHydro ASA.

Shtokman, deemed to be one of the largest explored natural gas fields in the world, is a shelf deposit in the Russian sector of the Barents Sea, some 600 kilometres from Russia’s Murmansk, a far northern city on the Kola Peninsula. Around 23.7 million cubic metres of gas is slated to be produced at the site during each of the envisioned three phases of Shtokman development.

Part of the natural gas produced at Shtokman will be transported across the Baltic sea via the Nord Stream main pipeline, a controversial project under development, which will connect Russia and the European Union for gas deliveries into Western Europe. Plans have also been announced to build a liquefied natural gas plant in Teriberka, on the shore of the Barents Sea in the northernmost part of the Kola Peninsula, and a local pipeline between Teriberka and Volkhov, near Murmansk, to supply gas to Murmansk and surrounding municipalities.

Shtokman Development AG said, however, that construction of start-up facilities needed to launch pipeline gas deliveries from Shtokman has been reworked as a separate project stage as part of the first phase of development. This may mean that, given the current demand, no LNG plant will likely be built in Teriberka to begin with.

According to statements from Gazprom, two delivery systems will probably be used to export gas from Shtokman: Beginning in 2016, the Teriberka-Volkhov pipeline will start carrying gas to the Unified Gas Supply System of Russia – a huge Gazprom-owned network of trunklines weaving together extraction, processing, transmission, storage, and distribution facilities; production and export of LNG deliveries bound for the United States is slated to start the following year.

However, a WWF representative Alexei Knizhnikov told Bellona he did not have much confidence in the commercial feasibility of the LNG plant project.

“The final decision is yet to be made, and it could change all of the economics of the project,” Knizhnikov said.

A presentation was given at the meeting by Shtokman Development on various studies undertaken as part of preparing an environmental impact report on the prospective gas production. An environmental impact evaluation is an obligatory element of developing any substantial industrial project and requires the input of the public. Environmentalists who attended the discussion, however, were lost as to whether the public and the Shtokman operator company were even on the same page regarding this stage of the project.

“No principal decision has been made. How do you evaluate [a project’s environmental] impact without a final decision on what exactly will be taking place?” noted WWF’s Knizhnikov.

According to the ecologist, the company is far from the stage of preparing an environmental impact report – it is just now conducting a series of studies to look into a variety of possible ecological effects that may result from this or that project version.

“It’s impossible to complete an [environmental impact study] in 2010 if the final decision is only expected by end 2011,” Knizhnikov said.

A Scoping Report for the Environmental and Social Impact Assesment and a Stakeholder Engagement and Information Disclosure Plan are available at the Shtokman Development AG website. Both are dated October 2009, when drilling was projected to commence in 2012, and offshore pipelay to be completed in 2013.

“Yet another meeting between public organisations and Shtokman Development AG representatives has produced more questions than answers,” said Nina Lesikhina, energy projects coordinator with Bellona-Murmansk. “These meetings have always been perfunctory and only barely informative, but this time, there were even no SDAG employees who would be authorised to give specific answers to specific questions.”

“We are disappointed by the lack of understanding on the part of Shtokman Development AG representatives of the general process of developing project-related – first and foremost, environmental – documentation and of the role of public participation in this process,” Lesikhina added.

According to Lesikhina, it is carbon dioxide (CO2) emissions that could be one of the most harmful effects the development of Shtokman may have on the environment.

“We have in front of our eyes the already active Barents Sea gas production and liquefaction project managed by the Norwegian company Statoil. In 2008, emissions resulting from the Snøhvit project came to 1.8 million tonnes,” said Lesikhina.

In February 2009, Shtokman Development came up with a preliminary evaluation of the potential scope of CO2 emissions associated with the first phase of the project. They estimated the initial stage would produce 3,223,380 tonnes of CO2 per year.

“As the company studied the issue more extensively, taking into consideration energy efficiency measures, the application of clean technologies, and the adjusted technological data, design-basis CO2 emissions went down by 20 percent and came to 2,609,562 tonnes of CO2 per year,” Ian Buchanan, a Shtokman Development AG representative, told Bellona.

Yet even with the emission reduction measures taken into account, Shtokman Development AG’s estimates show higher levels of anticipated CO2 emissions than those produced at the Norwegian Snøhvit, even as the ratio of “native” carbon dioxide impurities in the natural gas to be pumped at Shtokman is expected to be much lower than that at Snøhvit.

According to Buchanan, most of the CO2 associated with drilling at Shtokman – over 85 percent – is expected to result from producing electricity and compressed gas at onshore and offshore sites the project will operate. Compared to data on leading LNG producers globally, he said, LNG production at Shtokman is supposed to yield the least CO2 output per one tonne of LNG.

Buchanan also said Shtokman Development had studied the option of pumping carbon dioxide back into the deposit – the so-called Carbon Capture and Storage, or CCS, technology, seen by many as a safe and efficient method of reducing CO2 emissions, implies separation of CO2 impurities from natural gas produced from a deposit and injection of CO2 into a geological formation, such as saltwater aquifers, for dead storage. A year ago, there were strong indications CCS might be used at Shtokman. But, says Buchanan, this method has been found inapplicable at Shtokman because of the geological conditions there.

“Our company intends to continue the search for technologies to further reduce CO2 emissions,” Buchanan said.
Yet, according to Bellona’s assesments, there is an offshore saline aquifer suitable for CO2 injection right in the area of the Shtokman field. Shtokman Development, however, is not considering the option, which would require transporting the extracted CO2 from the shore out to sea and mean a significant rise in the costs anticipated from project implementation.

As such, Shtokman may seriously undermine Russia’s current stance on curbing CO2 emissions and the climate crisis in general. The Russian Climate Doctrine, adopted in December before the Copenhagen UN climate talks by President Dmitry Medvedev, states unequivocally that “the expected climate change will inevitably affect the lives of people and the well-being of the flora and fauna in all regions of the planet, and may in some regions become a tangible threat to the safety of the population and to sustainable development.”