MOSCOW – Recent Russian media reports have case doubt on deadlines for Russia’s prize project, the development of the Shotkman oil and gas condensate field, saying it may be facing delays, Moscow experts are saying.

Published on July 28, 2009 by Alexey Pavlov, translated by Charles Digges 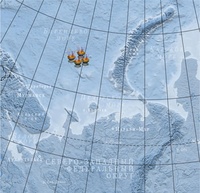 The announcements are a surprise given Moscow’s high priority on beginning work on the 32 trillion cubic metre oil and gas condensate field – perhaps one of the largest in the world – despite economic crisis, environmental concern and a clamouring line costumers.

But the delays, or at least reports of them are a relief for Russia’s environmental community, who are concerned for the delicate environment in the oceans of the Arctic area where drilling will be taking place.

Various Russian media are reporting that the beginning of work on the Shtokman field, under the Barents Sea North of the Murmansk Region, could be delayed by up to a year. In these circumstances, Gazprom, Russia’s state gas giant which is one of three stakeholders (including Norway’s StatoilHydro and France’s Total) in the Shtokman Development company, stands to lose some $2 billion a year investments.

Such investment is economically handy as the demand for gas in Europe, Gazprom’s primary customer, is dropping. Gas demand in Europe began to drop at the end of last year and it is unclear when the drop will stabilise. Gazprom has already thrown out a year delay on another of its major projects, the Bovansky project in Yamal, because of dropping gas demands.

Experts are also casting dim prognoses on the Nord Stream gas pipeline, planned for construction to pump Shtokman gas to Europe. The drop in demand is causing a chain reaction, say analysts: If the European economic situation does not stabilise quickly enough, the demand for gas will not be restored and there will be no reason to build the Nord Stream pipeline.

Another reason cited is that the contractors for the project are possibly not prepared.

Analysts also cite a memorandum by Gazprom to Eurobonds in which the company notes that the planned work schedule on Shtokman is subject to review “in accord with market conditions for natural gas.”  A June 26 stockholders meeting was told by Gazprom vice chairman of the board, Alexander Medvedev that adjusting the Shtokman launch schedule was possible should any investment questions arise.

Murmansk area environmental groups, the prevailing opinion is that the field cannot be developed  within a specific time frame for a number of reasons. The company, they say, does not have the technological resources or experience to work in the grinding Arctic conditions where the field is located. This raises not only the economic but environmental stakes as well. The ecosystem in the Artic , were it to be subjected to serious technological burdens, is so delicate and vulnerable that even an insignificant disturbance in its structure could lead to irreversible consequences.

“We know well Norwegian experience in developing the Belosnezhka gas field (in the Arctic). The (Shtokman) project has been accompanied by postponements and budget inflations, and questions of environmental safety have not been solved,” said Bellona Murmansk oil and gas projects coordinator, Nina Lesikhina.

“In 2008, (the project’s) CO2 emissions reached 1.2 million tons. Our organisation is therefore categorically against the development of Arctic oil fields,” said Lesikhina.

However, from the point of view of the economic development of the Murmansk region, the delays are causing big losses. The Murmansk Region is slated to be home to a gas condensate plant. An oil pipeline with drill holes will pass through it, and some 200 local contractors are slated to participate in the work, and the port of Murmansk, which does not freeze in the winter, will be a primary shipping point.

But the deadlines get pushed back, along with the hope of new jobs and giant profits. Without these promised boons, development prospects for the entire Murmansk Region are bleak. The only remaining project in the area that could fill state coffers is the Murmansk Transport Junction, which is still very much only in the beginning stages.

But local businesses and power structures have had little reaction to the press reports on the delays. One source in Shtokman Development, the experts are muddying the waters.

“If you attentively try to grasp it, you will notice that the discussions are about what might be, and not what actually is,” said the source, who asked his name not be published. “For instance, development could be pushed back if the demand for gas drops, if the oil pipeline isn’t built, or project documentation is not prepared in time. But the facts indicate otherwise – the documents are prepared, the tenders (for contractors) are drawing to a close, and are being implemented,” he said.

And this is, in fact, the case – in mid July, the first portion of supplies for developing the site arrived.

The Shtokman Development source recalled that the deadline project investment had already been moved in 2009 to the first quarter of  2010. The completion of the technical designs and the technical and ecological validation are expected by the end of this year. And at the end of this year or the beginning of the next, the documents are expected to be submitted for inspection. The investment determinations for the project will allow for an exact cost for developing the Shtokman field to be released, but preliminary figures put the total at $15 billion.

“Last week I met with the management of Gazprom and Shtokman development. Within the framework of personal conversations, it was said that Gazprom definitely needs Shtokman,” Murmansk Regional Governor Dmitry Dmitrienko said in an interview.

And the current preparations will not be stopped in any fashion.

Dmitrienko said that Gazprom’s enormous project will mean with construction of the first gas condensate plant planned to be build on the Kola Peninsula will be the first such plant in Russia.

“Without this plant, Gazprom will not be a full-fledged gas company, as the transport of gas condensate is a ‘floating pipeline’ as our partners from Norway and France call it,” he said.

The construction of such a plant – in the Murmansk Region village of Teriberka –  would mean the possibility of delivering by sea gas from the Shtokman field to any country in the world. Europe also would be free of market instability, to which Moscow analysts are tying it.