The European Parliament rejected a total ban on oil and gas drilling in the Arctic, but endorsed a push back against exploration in the region’s “icy “ waters.

The European Parliament rejected a total ban on oil and gas drilling in the Arctic, but endorsed a pushback against exploration in the region’s “icy “ waters.

Lawmakers voted 414-180 to reject the non-binding motion calling for the European Commission and member states to work with international forums towards “a future total ban on the extraction of Arctic oil and gas”.

But the vote also embraced an article in the resolution that Bellona says is sure to provoke debate, and weights the argument on the side of what should be seen as a ban. 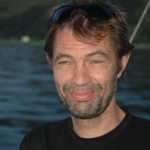 The outcome, which is seen as a trial balloon on future EU regulation of the Arctic, was greeted with applause from the oil lobby.

But Bellona’s Sigurd Enge, challenged that, saying the language of the resolution and it’s emphasis on steering drilling away from areas vulnerable to ice buildup in the winter buttresses the cause for an all out oil ban.

“The wording is clear: the European Parliament wants a ban on oil drilling in the Arctic,” he said. “Bellona is pleased that EU politicians involved in the vulnerable Arctic and send strong signals to the Arctic states.”

How precisely that signal will be interpreted seems poised for argument.

Earlier in the week, Norway – which strenuously opposed the ban ­– announced a record number of blocks to lease for oil and gas exploration in the Barents Sea. Norway says it only allows drilling in the Arctic that is far from areas that gather sea ice in the winter months.

But Enge, who is Bellona’s Arctic advisor, said the parliament’s support of a ban on drilling in “icy Arctic water” will kick a hornet’s nest of debate about where, in fact, the ice is.

The debate could impact Norway’s allocation of drilling leases, many of which lie in marginal ice zones.

Enge says the leases on offer present a clear contradiction to what the European Commission vote says.

“This is a vague definition that will force a discussion of where the border of the Arctic lies. Either it must be beyond any doubt that all areas north of – and 50 kilometers south of – ice edge falls within the concept of ‘icy Arctic waters,’” he said.

The ice edge, as defined by the Norwegian Polar Institute and the Institute of Marine Research, has long formed the barrier for how far north the oil industry has been permitted to explore in Norway. That will potentially impact Norway’s allocation of drilling leases. Those proposed this lie in marginal ice zones.

But in 2015, the government hedged on that delineation. Because of that, said Enge, the EU will eventually have to confront providing a definition of “the icy Arctic” when it starts banging the decision into future regulatory framework.

Enge said he believes the EU decision suggests Norwegian have no choice now but to revert to the definitions of ice cover spelled out by the institutes. Without that, he cautioned that future investors in oil projects might see their gamble dry up.

“Norway must use these definitions to avoid investments that could become worthless under a future European Arctic policy,” he said. 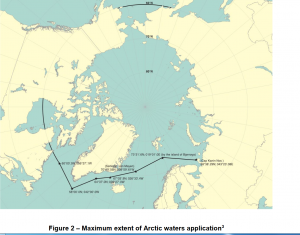 Enge likewise pointed out that the UN’s International Maritime Organization offers the Polar Code, which provides a definition of what constitutes arctic Waters. According to that definition, the Arctic’s border runs from the Svalbard Archipelago’s Bear Island to Russia’s Cape Kanin.

That map, says Enge, mean that Norway’s recently announced oil blocks “are in violation of this definition.”

He said the Polar Code justifies limited access to assistance in challenging conditions for oil spill cleanup in the fragile Arctic environment.

“There is no reason why anything should be any different for oil installations than for ships,” said Enge. “Both the UN and the European Parliament have spoken. Now it’s time for to Norway listen.”