Vis menyen
Bellona.org > Latest News > Climate change > Big oil and gas pledge $1 billion for climate action over next decade: Here’s why this is just not enough

Big oil and gas pledge $1 billion for climate action over next decade: Here’s why this is just not enough

Last Friday, 4 November 2016, the Oil and Gas Climate Initiative (OGCI) announced an investment of $1 billion in low carbon technologies over the next ten years. While to some this may seem like a meaningful contribution towards solving the world’s climate challenges, Bellona sees this pledge as significantly lacking ambition and as incompatible with a 1.5°C world.

Published on November 8, 2016 by Bellona Europa 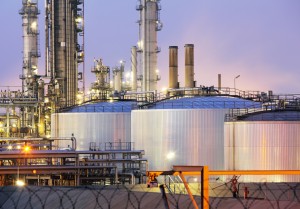 Last week, the Oil and Gas Climate Initiative (OGCI), a forum comprised of the heads of 10 oil and gas companies, announced plans to invest $1 billion (or $10 million from each company per year) in low-emissions technologies over the next ten years.

“If any of these companies think that $1 billion over ten years will make them compatible with a low carbon world then they don’t have a clue” comments Keith Whiriskey, Climate Technologies Manager at Bellona Europa.

The OGCI claims this investment will be additional and act to complement the companies’ existing low-emissions technology programs. Two of the identified focus areas include accelerating the deployment of Carbon Capture, Use and Storage (CCUS) technologies, and reducing methane emissions from the global oil and gas industry.

While, Bellona welcomes the proposed focus on accelerating CCS deployment, we need to see this backed by concrete actions and clarifications on how the investments will be allocated. For instance, the announcement does not make clear whether the funds would be counted towards ongoing projects, such as Statoil’s CO2 storage project in the North Sea and Shell’s Quest project in Canada.

CCS is an absolute pre-condition if oil and gas are to remain as any fraction of the energy system. Failure to ensure rapid deployment would result in continued conflict between national priorities and climate targets. In recognition of this reality, the Norwegian government last September announced concrete plans to move forward with three CCS projects.

Furthermore, the OGCI notes that its investments will support improving energy and operational efficiencies in energy-intensive industries. Mere efficiency improvements however will not be enough.

Energy-intensive industries account for one fifth of Europe’s total CO2 emissions, making them key in reaching the EU climate targets. Because these heavy industries including steel, cement and chemicals, are reaching theoretical efficiency limits, the application of CCS offers the sole means to substantially reduce their emissions – and attain deep decarbonisation of these important industries. Bellona’s recently launched report ‘Manufacturing our Future: Industries, European Regions and Climate Action’ elaborates on this.

Out of touch with reality

The OGCI states that it will seek to identify ways to cut the energy intensity of both transport and industry. Once again, energy intensity improvements will not do: as we have evidenced over the past decade: existing EU legislation governing vehicle fuel economy has had a limited impact on cutting energy intensity and has failed to incentivise the urgently-needed switch to zero-emission alternative fuels.

If we are to meet the EU target of reducing CO2 emissions from transport by 60% and completely eliminating the use of fossil fuels in cars by 2050, mere fuel efficiency improvements won’t suffice. Instead, significant and immediate measures will be needed to accelerate the switch to zero-emission electric vehicles. For Bellona’s recommendations to achieve this see here.

In fact, by the time OGCI’s last payment is scheduled to be made in 2026, Norway will already have prohibited the sale of all fossil cars. Similar bans are being currently considered in the Netherlands and Germany.