Environmentalists file suit against the Norwegian government over Arctic Drilling

In a groundbreaking legal action, two Norwegian environmental organizations, Nature and Youth and Greenpeace, have filed suit against the Norwegian government demanding an end to oil exploration and drilling in the Arctic. 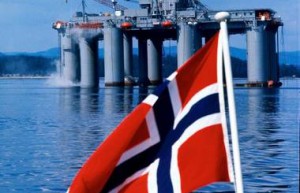 In a groundbreaking legal action, two Norwegian environmental organizations, Nature and Youth and Greenpeace, have filed suit against the Norwegian government demanding an end to oil exploration and drilling in the Arctic.

The two environmental groups on Tuesday launched the legal action under Norway’s constitution, arguing that awarding of new exploration licenses in the Barents Sea breaches the right to a healthy environment.

“We have filed suit because the government of Norway must fulfill its climate requirements and observe the environmental rights of present and future generations, said a joint statement (in Russian) by the two organizations.

They will seek to use last year’s Paris agreement on climate change — which will soon enter into force after countries such as Norway ratified it — to back their claim, arguing that Oslo is undermining its commitment to reduce emissions by opening up areas of the Arctic for drilling, the Financial Times reported.

Norway awarded licenses in May in new 13 areas in the Barents Sea to Statoil, Chevron, ConocoPhilips, Aker BP and Lukoil. It marked the first new acreage to come up for exploration in Norway after a long-running border dispute with Russia was resolved.

Norway’s constitution was amended two years ago to give every person “the right to an environment that is conducive to health and to a natural environment whose productivity and diversity are maintained”.

It adds that “Natural resources shall be managed on the basis of comprehensive long-term considerations which will safeguard this right for future generations as well,” the Financial Times quoted Nature and Youth as saying.

“To sign an international agreement while allowing drilling in the arctic is an example of dangerous hypocrisy,” said Truls Gulowsen of Norway’s Greenpeace. “By allowing oil companies to drill in the Arctic, Norway is risking undercutting the attempts of the international community deal with the problem of climate change. If the government doesn’t undertake anything to change the current state of affairs, we will do everything in our power to put an end to this.”

Ingrid Skjoldvær of Nature and Youth added that “We consider that the government, by allowing large-scale drilling in the Arctic, has shirked its responsibility to future generations.”

“If we need a planet suited to life in the future, its necessary for us to seriously deal with questions of climate change,” she added.

This is not the first time that environmental groups have challenged drilling in the Arctic and have stood against oil and gas recovery and exploratory drilling on the borders of the ice cap. They have repeatedly argued that the consequences of an oil spill in the area would be catastrophic for northerly ecosystems.