President Obama is proposing in his 2017 budget an enormous cash infusion into developing new rail corridors, highway projects, pilot projects for self-driving cars and other technologies the White House said would produce a “clean transportation” system.

Published on February 8, 2016 by Charles Digges

President Obama is proposing in his 2017 budget an enormous cash infusion into developing new rail corridors, highway projects, pilot projects for self-driving cars and other technologies the White House said would produce a “clean transportation” system.

To finance the $300 billion that the White House intends to pump into this alternative transport infrastructure, Obama would introduce a $10 “fee,” or tax, for each barrel of oil sold in the United States.

White House officials, who announced the proposal late Thursday as part of the run-up to the annual budget submission this week, said the purpose is to lower the transport sector’s 27 percent contribution to America’s climate changing emissions while building the sector’s resilience to growing climate impacts.

Coming from a lame-duck Democratic president, the proposal is dead on arrival as it goes to a Republican-led Congress that’s timid about upsetting Big Oil money. Senate Energy Committee Chairman Lisa Murkowski of Alaska said nobody should “worry about this becoming law.” 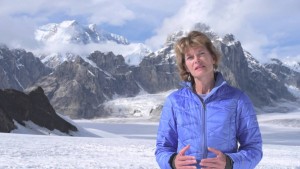 But the proposal seems aimed not so much at immediate changing in transport emissions policy as it does toward what Politico called “jump[start[ing] a conversation about the future of transportation” in this year’s presidential campaign. It also bolsters efforts to find a fresh way to pay for badly needed upgrades to the nation’s transportation system that Republicans and Democrats agree are long overdue.

Sirin Engen, an adviser with Bellona, said “this is exactly what we’ve been calling from since [Obama] proposed his Clean Power Plan” and suggested the budget bill would run up the flag on what to expect next because it “would steer investments in the right direction and send clear signals to consumers about which way the country is moving.”

A good opportunity to change the game

But Keith Whiriskey, Policy Coordinator for Climate Technologies at Bellona Europa said that seizing on an oil tax when barrel prices are about $30 could allow both sides of the aisle in Congress to save face – if they’re interested in breaking with party lines to forward a critical agenda.

“When oil prices are tanking, now is the time to apply environmental taxes and remove subsidies from fossil fuels,” he said by email. “As the price is low, consumers won’t much notice that you have changed the rules of the game.”

Whiriskey also said the tax could substitute for the US lack of any carbon taxing scheme at rates that are even higher than those on the EU Emissions Trading Scheme (ETS). 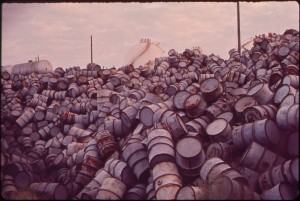 White House economic adviser Jeff Zients scored points on Thursday for acknowledging in USA Today that the proposed per-barrel fee will land in consumers’ laps – though he refused to characterize it as a tax.

“This is a per-barrel fee on oil paid for by oil companies,” Zients told the paper. “So they’re the ones paying the fee. We recognize that oil companies will likely pass on some of these costs.”

A bipartisan agreement on an oil fee – or tax, or whatever it gets called – isn’t unprecedented: Both Democratic and Republican-led states have been raising their gas taxes in recent years to pay for transport upgrades.

Still, congress has shied way from boosting its 20-year-old 18.4 cent-per-gallon tax, even amid plummeting gas prices. Taxing barrels of oil is a shrewder political sell even though consumers would eat the price at the pump. But it’s less a broadside than zeroing in on heavy drivers only.

“For too long, there’s been strong bipartisan agreement that we need much more infrastructure, but that hasn’t been accompanied by the political will to fund it,” Zients told the Atlantic. “People call for more transportation spending, but they never talk about how they’ll pay for it.”

So, it’s a conversation that Obama has started, but won’t be around to finish. That will be left to those who are scrambling to fill his shoes in this year’s election, and candidates’ positions are far from crystal clear.

While a Republican position on the oil tax is more predictable, Helseth suggested it’s harder to forecast whether Democratic presidential hopefuls, particularly Hillary Clinton, would fall in line with Obama’s new proposal.

“Clinton might not thank him for it, as she’s been clear on not raising any taxes that could hit ‘middle-class families’ – that is, any household earning less than a ‘normal’ $250,000 per year,” he said.

But Helseth added that the oil tax budget proposal “again shows Obama wants to leave as his legacy an America in the lead on climate – a complete opposite position of the legacy he inherited – perhaps Clinton might thank him yet, should she win.”