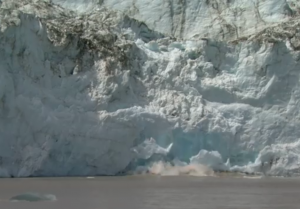 President Barack Obama would travel to Alaska at the end of this month to visit the front lines of US climate change, which he called “one of the greatest challenges we face this century” in a video released by the White House last week.

The visit is part of a high-profile push by the administration this fall to pull out all the stops on climate change and craft America’s as a potent voice in the international discussion.

The April 31 to September 3 will occur less than a month after the release of the Environmental Protection Agency’s carbon dioxide rules for power plants and a few months before the United Nations meets in Paris to hammer out an international pact on climate change. 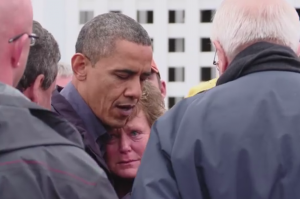 The White House has released few details about the trip, but Obama is likely to travel outside of Anchorage, possibly to a remote village, according to US media reports.

In his video, Obama said the effects of climate change in Alaska are “our wake up call.”

“In Alaska, glaciers are melting. The hunting, fishing, upon which generations have depended for their way of life and for their jobs, are being threatened. Storm surges once held at bay now endanger entire villages,” Obama continued. “As Alaskan permafrost melts, some homes are even sinking into the ground. The state’s God-given natural treasures are at risk.”

During his visit, the White House said Obama will meet with Alaskans experiencing climate change’s impacts, and will seek to bring national and global attention the issue.

The visit will mark the first to Alaska by a sitting president, and a relatively long one at that. The length of the stay has provoked criticism from Republican legislators and environmentalists who are both essentially worried about the same thing, but from different angles.

In Anchorage, one of Alaska’s two Republican senators, Lisa Murkowski, told Alaskan Public Radio that she hopes Obama doesn’t come to her state with a “preset agenda.”

“I think we’re all looking forward to welcoming the President of the United States to Alaska […]” Murkowski said. “It is somewhat disappointing, though, that he apparently intends to use this as nothing more than a backdrop for climate change.”

At an event hosted by Bloomberg Business last week, Murkowski was more blunt about her suspicions:

“The president of the United States doesn’t go to anybody’s state and stay three days and not do something,” Murkowski said last week at an event hosted by Bloomberg Business.

“So this is the talk about town. ‘Oh my gosh, what’s he gonna do? Is he going to lock up ANWR?’” she said, using an acronym for the Arctic National Wildlife Refuge. “’Is he going to put the Bering Sea canyons in as a marine protected sanctuary?’ We don’t have any idea.” 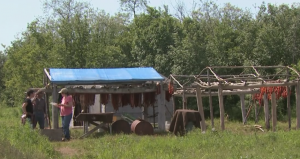 But where Murkowski fears Obama will further restrict oil drilling in ANWR, establish marine sanctuaries or other actions to loosen Big Oil’s hold in the state, environmentalists fear the trip won’t do enough to mitigate fossil fuel recovery in the area, which is half the size of the continental US.

It was the Obama administration that gave Shell Oil its blessing to begin drilling last month in the Chukchi Sea. The company is hoping the Interior Department will approve deeper drilling into oil-bearing rocks.

The White House’s green-light to Shell, says the local branch of the World Wildlife Fund, doesn’t add up in the context of Obama’s fight for world leadership in stemming climate change.

“It’s a pretty evident contradiction,” Margaret Williams with the World Wildlife Fund in Anchorage said. “It is absolutely clear that greenhouse gases are driving change in the Arctic, and to solve the climate problem, we have to be stemming the source of greenhouse gases.”

Greenhouse gas emissions are primarily due to burning fuels like coal, oil and natural gas.

At the same time, and on a brighter note,, Shell announced it was ending its membership in the American Legislative Exchange Council. A Shell spokesman said the energy giant would be leaving the anti-regulatory group because ALEC’s opposition to action on climate change was inconsistent with Shell’s approach to the issue.

In Paris in December it is hoped the world’s nations will reach internationally binding targets to limit their emissions and avoid letting the world’s temperature slip beyond 2 degrees Celsius over pre-industrial averages.

It’s a tall order that has inspired hope and provoked skepticism.