MEPs and environmental groups across Europe are urging the European Commission to take action against the planned construction of two new extension units at a Polish coal fired power plant. While organising COP19 in Warsaw, the Polish government is continuing to push through construction at the Opole coal fired power plant, despite the project being in breach of the EU CCS Directive. Contrary to the Directive’s requirements, an assessment as to the “CCS-readiness” of the planned additions has not been undertaken. The Commission already launched infringement procedures against Poland in 2011 for a delay in transposing the CCS Directive. 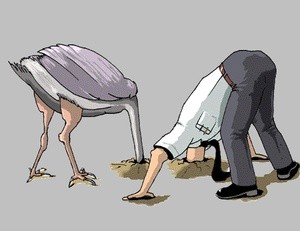 The CCS Directive obliges operators of all new gas and coal power stations with a capacity exceeding 300 MW (the two new extensions at Opole would be at 900 MW each) to conduct an assessment of whether any new installations are ‘CCS-ready’, meaning whether they are built to enable use of crucial CO2 Capture and Storage (CCS) technology in the future. The Directive states that the competent Member State authorities are required to ensure such an analysis has been undertaken by the investor. Contrary to the Directive’s requirement, the local authority did not ensure that the developer, the Polish state controlled energy giant PGE (Polish Energy Group), undertook the necessary assessment of CCS feasibility.

As November’s COP 19 (Conference of the Parties to the United Nations Framework Convention on Climate Change) in Warsaw approaches, one must ask what Polish officials wish to achieve with these counter-intuitive steps. The UN, national governments and the global public will be preparing for the biggest and most important climate change conference in the world. Polish energy and environmental decisions will therefore be subject to ever more scrutiny. The expanded units at the 1.8GW Opole plant would emit some extra 1.5 billion tonnes of CO2 over the next 55 years (the units’ expected lifespan). This would be enough to hinder Poland in meeting its target of 15% energy from renewable sources by 2020. Newer coal plants do have greater energy efficiency, but replacing Opole’s blocks with renewable sources would still produce 60% more energy. And without even considering CCS, these plans are if anything the perfect example of what not to do.

This appears to be the widely held view in the EU. On July 26 six Members of the European Parliament (MEPs) from five different political groups sent a parliamentary question to the European Commission regarding the illegal extension of the Opole power plant and the delay in the CCS Directive transposition into the Polish law. MEPs Jo Leinen, Chris Davies, Bas Eickhout, Gerben-Jan Gerbrandy, Sabine Wils and Sirpa Pietikäinen are asking the Commission what the reactions have been, if any, from Poland regarding the infringement procedures and whether the Commission agrees with Polish courts’ reasoning that a lack of such transposition renders the building of the plants legal under Polish law. 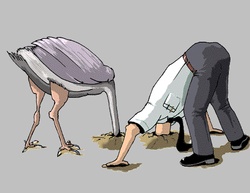 Polish Prime Minister Donald Tusk announced that the €2.7 billion construction would begin this summer. Any construction would lead to an irreversible and tangible breach of EU law. Plans have, however, been delayed till mid-December, which gives the EU a window to act. The European Commission should take action to ensure that the EU law is fully and uniformly applied, which is key to maintaining a level playing field for all investors. Worries are mounting that a Polish “success” in overrunning EU law on this case will lead to further complication with the RES (renewable energy sources) Directive and emissions trading directives, which have also not yet been ratified by Poland. A request is currently with the European Court of Justice to fine Warsaw €133,000 per day until it complies with the RES Directive. But so far little is being said about action regarding the similar status of the CCS Directive.

In Poland, legal proceedings have been ongoing. In September 2011, ClientEarth Poland lodged a challenge against the decision on environmental conditions for the investment. In January 2012 the Regional Administrative Court in Warsaw agreed with ClientEarth, arguing that the competent administrative authorities should have applied a so called “pro-EU interpretation” and were required to ensure that the investor conducted the “CCS readiness” assessment. In March 2012, however, the investors and the competent authorities brought an appeal to the Polish Supreme Administrative Court, which in October 2012 overturned the previous judgment. In February 2013, the Regional Administrative Court in Warsaw issued its second decision agreeing with the Polish Supreme Administrative Court that due to the fact that the CCS Directive has not been transposed into the Polish law, the CCS Directive’s obligations on the competent authorities and investors are void. On this basis ClientEarth Poland filed a complaint in May 2013 before the European Commission regarding Polish infringement of the CCS Directive.

One of many misguided environmental measures

The Opole extension plans are not only an environmental and a political calamity, but the business case is meager. Extension of the existing power plant in Opole was a flagship project of the Polish state-controlled energy giant, PGE. Nevertheless, in April this year, PGE decided not to proceed with planned construction of two new units, on the grounds that the project would be economically unviable, citing especially low electricity prices and weak demand. In spite of this, Prime Minister Donald Tusk has continued to exert pressure on the state-controlled PGE and announced that “the government will find the means” for the investment to be carried out, leading to an immediate 7% plummet in PGE shares.

Prime Minister Tusk’s comments and the reactions prove that building a coal-fire power generation in Poland is a political choice and not an economically sensible option. By politically forcing extension of the Opole power plant and ignoring the requirements of the CCS directive, the Polish government is not only garnering negative attention, but also risking a colossal waste of investments. If funding to finish construction is not secured Poland would have to provide state-aid to finalize construction. This would require an approval by the European Commission. Entrenching the Polish dependence on coal is generally a poor long-term investment decision, and to do so without CCS in mind is toying with the EU’s energy future.

As indicated above, Opole power plant is just one of several cases of Poland flouting its environmental commitments. Construction of a hard coal power plant in Rajkowy in Northern Poland (the “Polnoc” power plant) is set to threaten one of the last large wild rivers in Europe. In August ClientEarth Poland, Greenpeace, Eco-Kociewie, Workshop for All Beings and WWF Polska called for the annulment of the decision on environmental conditions issued for the ‘North’ power plant by the Regional Directorate for Environmental Protection (RDOS), claiming that the environmental conditions for the investment, approved by the RDOS, are inconsistent with Polish law. Powered by coal, the 2 GW ‘North’ power plant is the largest planned investment of its kind in Europe and is set to be built in the centre of valuable agricultural land. According to ClientEarth, the annual CO2 emissions will be 10 million tons per year, which is more that the annual emissions of the entire Lithuanian national economy. Details of the North project’s environmental impact are available at www.stopep.org

More information on the Polish stories at ClientEarth Poland