President Obama on Monday unveiled his fiscal year 2013 budget, which would propose to repeal more than $40 billion in tax breaks to oil, gas and other fossil fuel producers over the next decade– a move that echoes the president’s previous calls in September to stop subsidizing the oil and gas industries and boost spending on developing renewable energy.

Published on February 15, 2012 by Charles Digges 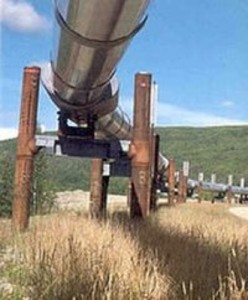 The plan calls for a $4.75 billion cut in tax credits for oil companies in 2013, including a repeal of $3.49 billion in so- called intangible drilling costs, for a savings of $38.6 billion by 2022, Bloomberg reported. This savings would be pumped into developing and installing climate friendly energy production.

The move is “a promising sign that countries are trying scale back (oil and gas) subsidies,” said Svend Søyland

Bellona’s senior advisor on international energy and climate issues, in remarks he plans to deliver at a seminar on tax subsidies for oil and gas in Norway on Thursday, February 16.

“Despite this preferential treatment of fossil energy, renewables are gaining cost parity and are actually becoming cheaper than fossil energy in parts of US, India and China, and interestingly, also in remote parts of Western Africa that have been heavily reliant on diesel and kerosene,” said Søyland.

“Imagine what would happen if the fossil fuel subsidies were totally abolished?” he said.

Obama’s budget proposal dovetails with a worldwide debate on tax rebates for big oil – and one that has special resonance for Norway, whose hoped for subsidy cuts to oil, gas and other fossil fuel companies are equal to the percentages Obama is seeking.

According to Søyland, the Group of Twenty Finance Ministers and Central Bank Governors (G20) and normally conservative institutions like the World Bank have called for a comprehensive reform, and the UN Secretary General will highlight this challenge when rolling out his Sustainable Energy for All plan at the Rio+20 Conference on Sustainable Development in June.

“Subsidies on both production and consumption of fossil fuels are increasingly recognized as a serious obstacle to realizing a less carbon dependent world,” said Søyland in remarks he plans to deliver at tomorrow’s Oslo seminar, entitled  “Subsidies or Incentives? Norway’s support for upstream oil and gas.”

The seminar will also include Peter Wooders, senior economist with the International Institute for Sustainable Development (IISS), Bjørn Harald Martinsen, Manager in Economics for the Norwegian Oil Industry Association, Arild Skedsmo, leader of the Climate and Energy department with the World Wildlife Fund (WWF), and Norway, and Frian Aarsnes, Senior Consultant to Econ Pöyry.

Central to the seminar, which was arranged by the IISD, will be the presentation of a report by Econ Pöyry, entitled “Fossil Fuels – At What Cost: Government support for upstream oil and gas activities in Norway.”

maintained, but to improve transparency regarding subsidies provided to the oil and gas industry in Norway,” says the Econ Pöyry report in its executive summary.

“Whether or not the benefits from such policies are large enough to justify the existence of the subsidies is a question for public debate.”

Obama’s submitted budget for 2013 says: “Especially during a time of fiscal challenges, it makes little sense to provide incentives for fossil fuel producers when the Nation’s priority is to increase the demand for and supply of clean energy.”

Instead, the proposed budget emphasizes Obama’s commitment to creating clean energy jobs and technologies, pipeline safety as well as nuclear energy as part of the US national security strategy.

How the budget fares at the hands of US congress will be a process watched closely by the G20, even though it is linked tightly to US domestic issues.

Winning support in the US Senate “to single out the oil and gas industry will remain difficult,” Whitney Stanco, senior policy analyst at New York-based Guggenheim Securities LLC, said Tuesday in a note to clients. The prospect for repealing tax credits for fossil fuels “will likely increase if Congress makes progress on comprehensive corporate tax reform,” she said, according to Bloomberg.

The US Energy Department’s 2013 budget, for the year starting October 1, provides $27.2 billion in overall spending authority, a 3.2 increase over the current year, according to a summary.

A loss for fossil fuels will boost US aid for renewable energy and conservation programs, reflecting Obama’s commitment to alternative sources of energy amid Republican and oil lobby criticism.

“The president’s 2013 budget plan returns to the well of bad ideas and back tracks on his State of the Union commitment,” said Jack Gerard, chief executive officer of the American Petroleum Institute in Washington on a conference call with reporters, said Bloomberg.

But Scott Slesinger, legislative director of the Natural Resources Defense Council, told the agency that the “forward-thinking” budget proposal would create jobs and protect the environment.