Bellona welcomes the EU carbon removal certification framework proposal, which could become a crucial tool for the coherent deployment of carbon dioxide removal, but stresses that several key policy guardrails are missing from the proposal, namely a clear definition, a clear focus on storage liability, and clear guidelines on how different types of removal certificates can and cannot be used.

Published on November 30, 2022 by Bellona Europa

Today, the European Commission proposed the ‘Carbon Removal Certification Framework’ (CRCF), a much-anticipated piece of legislation which could become an essential component of the EU’s climate policy architecture in the coming years. Find our recent press release here.

Bellona welcomes this proposal, which could become a crucial tool for the coherent deployment of Carbon Dioxide Removal (CDR), but stresses that several key policy guardrails are missing from the proposal, namely a clear definition, a clear focus on storage liability, and clear guidelines on how different types of removal certificates can and cannot be used. Most importantly, the Commission fails to define removals properly. By including reductions in its definition, the Commission has failed to separate removals and reductions, weakening climate benefits and opening space for improper accounting.

Broadly, CRCF aims to provide a carbon accounting tool to reliably quantify how much CO2 is being removed from the atmosphere. This is a vital step towards reaching the EU’s climate neutrality target, where CDR will need to play 3 sequential roles: 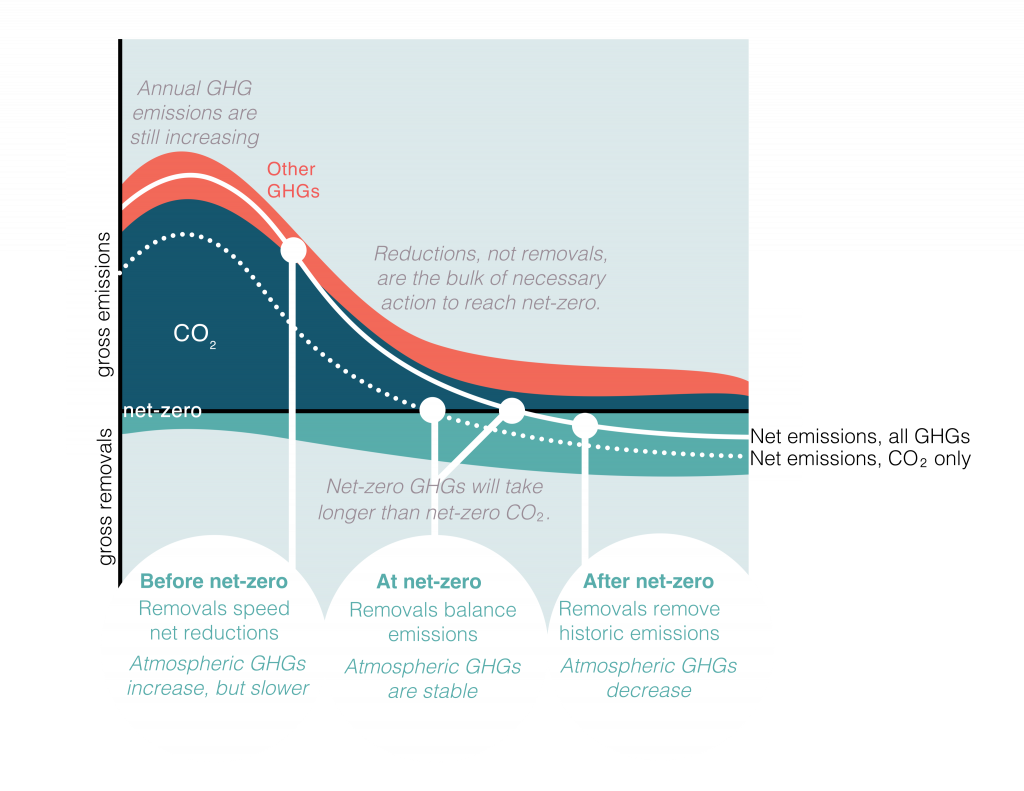 Once in place, the CRCF should enable the EU to quantify how much CO2 is being removed, how many greenhouse gases are being emitted in the process of doing so, and how to make sure that the stored CO2 is kept away from the atmosphere permanently.

However, the current proposal is only the first step towards achieving this aim. At this stage, it only establishes some very basic principles for the certification of carbon removals along with a governance structure to develop methodologies. In doing so, the proposal also establishes an expert group which will support the European Commission.

Despite the significant media attention and hype that has been generated in anticipation of this proposal, it is not likely to produce any usable methodologies for a few years. It is vital that the Commission keeps its course on working through this process robustly rather than quickly. Monitoring and quantifying carbon flows is not an easy task, especially when crossing territorial boundaries1.

Bellona is deeply concerned by the absence of some key elements in the proposal.

First, the definition of Carbon Dioxide Removal must be robust and comprehensive. Bellona recommends including the following four principles in the definition:

Collectively, these four principles define all activities which result in Carbon Dioxide Removal and exclude those that do not. The Commission proposal, however, includes activities that do not constitute removals. The inclusion of reductions via “reduction of carbon release from a biogenic carbon pool to the atmosphere” in the definition of a carbon removal weakens the text.

Second, storing carbon in soils and trees is very different from storing carbon in geological formations or minerals. The various methods of removing and storing carbon should be counted, managed, and certified in different ways, ideally based on the type of sink where the carbon is being stored. This is extremely important to ensure that fossil emissions, which stay in the atmosphere for millennia until removed, are not balanced out by removals stored in the biosphere, where the carbon is more likely to be re-emitted in the future.

Bellona has written a briefing exploring various ways of managing permanence, with the key recommendation of managing the biological and geological carbon cycles separately.

The proposal hints towards this approach, by distinguishing 3 different types of removals: ’permanent removal’, ‘carbon farming’, and ‘carbon storage in products’. However, the proposal does not point to any meaningful use for this separation. The lack of a clear definition of these different removals risks improper and unfair use of certificates. Bellona strongly recommends that these different types of removals be clearly delineated in both methodology development and in the potential uses of certificates arising from those activities.

Third, there is an important responsibility attached to ensuring CO2 remains stored. While the framework takes steps in acknowledging different durations of storage across different removals as well as risk of reversals, it lacks definition of relevant monitoring periods and how it influences potential payment for these emissions. A removal is only as good as its storage. A clarity in storage liability is key to ensuring storage is properly handled on timescales that match the climate benefits that removals provide.

Most importantly, the CRCF proposal should also seek to provide clarity on the future of carbon removal in Europe. As it stands, the CRCF is intended to develop reliable methodologies to produce carbon removal certificates, without providing any indication of how these may be used. This is of critical importance to ensure carbon removal is used in a manner coherent with the EU’s climate goals. If storing carbon in soils can be used in the same way as storing carbon in geological formations, in spite of their significantly different characteristics, polluters may find it more interesting to buy cheap, reversible offsets than to reduce their own emissions. At the same time, suppliers of more expensive and permanent removals will be undercut.

Following the proposal, the European Parliament and European Council will both have their say on how the CRCF should be structured.

In parallel, an Expert Group, will accompany the European Commission in detailing definitions and methodologies over the coming months and years. Bellona has applied to join this expert group.

Bellona will be active in both processes, pushing the following points: