The Plenary vote on the 14th of September 2022 covered the revision of the Renewable Energy Directive (RED III). The vote fails to keep the EU in line to reach its ambitious climate goals and worsens the impacts of the current energy crisis. Promoting renewable fuels of non-biological origin (RFNBOs i.e., hydrogen and its derivatives) without temporal correlation to renewable electricity generation leads only to increased emissions and heftier bills for everyday consumers.

Published on September 15, 2022 by Bellona Europa 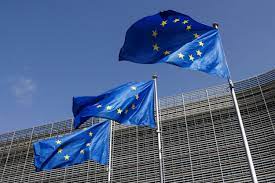 The Plenary vote on the 14th of September 2022 covered the revision of the Renewable Energy Directive (RED III). Several developments are of vital importance to European climate action with significant impact for decades to come. Most importantly, the promotion of renewable fuels of non-biological origin (RFNBOs i.e., hydrogen and its derivatives) and their production with no real temporal connection with renewable electricity generation would jeopardize the EU’s ambitious climate goals. By producing hydrogen with any electricity available, renewable or not, the amendment that made it into the Directive has the potential to not only increase emissions, but also to add to the consumers electricity bills.

While the plenary vote confirmed the push to significantly increase the target for renewable energy penetration, from the initially proposed 30% to 45% by 2030, and with interest in supporting renewable uptake in industry, the potential to deliver a revised Renewable Energy Directive that delivers on EU climate ambitions was missed on several accounts.

Greenwashing hydrogen production until 2030 and beyond

Peak shaving for normal consumers, but an undisturbed power supply for RFNBO producers

Ironically, placing RFNBO producers to be first in line for a steady electricity supply goes against the careful planning of electricity demand on an hourly basis we currently are engaging in to manage the energy crisis. The EU plans to produce 10 million tonnes of green H2, which results in 500 renewable TWhs of new electricity demand in the EU – equivalent to France’s total electricity consumption. Without a strong commitment to additionality and with a very loose temporal correlation of RFNBO production and RES electricity generation, the RFNBO production will lead to even more pressure on electricity prices, worsening the energy crisis for consumers and businesses. It will likely also bring more gas-fired power generation online to meet the additional demand, leading to increased carbon emissions and contributing to the energy dependence on fossil fuel imports from abroad.

Amendment 13, which was accepted in the plenary vote, will be detrimental to the decarbonisation of Europe’s energy system. The lack of temporal correlation for procurement of electricity allows for RFNBO producers to label their product as green without actually using green electricity.

Such text is playing right into the hydrogen hype and if it remains in the Directive, it will not help to create an industry that can contribute to climate action. Only by looking beyond the buzz of hydrogen can the Renewable Energy Directive serve its purpose of delivering sustainable solutions that help the EU advance towards its climate goals.