The EU is currently at a watershed moment, deciding on the role of fossil gas in the green and just transition and notably the EU Sustainable Finance Taxonomy

Published on November 16, 2021 by Bellona Europa 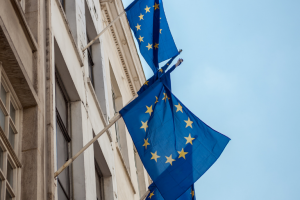 There is little doubt that the goals set out by the European Commission as part of the European Green Deal in 2019 has had international ripple effects, spurring international climate action whilst firmly placing Europe in the driving seat in the fight against climate change. But, as plans develop into concrete action and amidst mounting political pressure from both Member States and the fossils lobby, the goals of the Green Deal are at risk. The EU is currently at a watershed moment, deciding on the role of fossil gas in the green and just transition and notably the EU Sustainable Finance Taxonomy.

As previously noted by Bellona Europa, the importance of the EU Sustainable Finance Taxonomy as a classification tool is not to be overlooked. In fact, it has already had important international ripple effects, encouraging similar efforts on sustainable finance from other jurisdictions outside the European Union such as Russia, UK, US, South Korea and China.

While China’s equivalent to the EU Taxonomy excludes gas, Russia has proposed to keep in line with the advice of the EU Technical Expert Group (TEG) to the European Commission – only considering fossil gas as sustainable for electricity production if below the emissions threshold of 100g CO2/kWh.

Notably, the most recent information coming from Brussels suggests that EU legislators may not follow their own expert group’s advice. This is not only disheartening; it sets a dangerous precedent and threatens both the international climate ambition level as well as Europe’s role in the driving seat in the fight against climate change.

Over the last few weeks there has been several signals and remarks by European Commission leadership that the time has come to consider both the role of unabated fossil gas and nuclear in the EU Sustainable Finance Taxonomy. In response, 129 environmental organizations – Including Bellona Europa and Bellona Deutschland – from all over Europe came together in an appeal to the expected next German Chancellor Olaf Scholz to veto the project on behalf of Germany.

An EU Sustainable Finance Taxonomy that becomes a tool used to greenwash fossils, is worse than no Taxonomy at all. Keeping in mind the financial market participants’ need for predictability, transparency and foremost: credibility, to reduce perceived risk and shift the capital necessary for the transition at hand – there is good reason to be concerned should the 100g threshold not be upheld.

It is important to recognise that despite misconceptions to the contrary, the topic of fossil gas’ role in the EU Sustainable Finance Taxonomy is not a topic of whether or not investments into fossil gas should be possible or allowed in general, it is the question if such investment should be eligible for sustainability markings. Seeing as fossil gas overtook lignite as Europe’s largest source of power emissions already in April of this year, the EU might in fact be about to mark Europe’s fastest growing source of carbon emissions green – discrediting the project of the Sustainable Finance Taxonomy as a whole.

To learn more about international ripple effects of the EU Sustainable Finance Taxonomy, check out Bellona Europa event on the topic at COP26 in Glasgow here.