For Europe to become the global leader on tackling climate change the Climate Law should highlight the importance of transparency when it comes to estimates on Negative Emissions Technologies and Practices (NETPs).

Published on February 20, 2020 by Bellona Europa 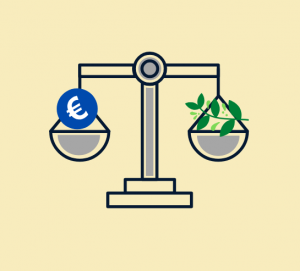 Since the presentation of the European Green Deal in December there’s been much ado about the promised “Climate Law”. Expected by the 4th of March, it promises to “write into law the goal set out in the European Green Deal – for Europe’s economy and society to become climate-neutral by 2050”. It offers an unprecedented opportunity for Europe to become the global leader on tackling climate change. For this to become a reality, however, the “Climate Law” needs to be done right.

With no lack of initiatives and efforts to tackle climate change set to come out of Brussels this spring and coming years, it is all the more important to ensure that quality accompanies quantity. Bellona Europa wholeheartedly welcomed the principles and intent underlying the Roadmap for the climate law in our feedback from the 6th of February. We also highlighted the importance of transparency when it comes to estimates’ over-reliance on currently hypothetical Negative Emissions Technologies and Practices (NETPs).

While NETPs will have a role to play in the plan to achieve climate neutrality by 2050, it cannot be seen as a silver bullet. And, as outlined in the European Academies’ Science Advisory Council (EASAC) policy report 35 from 2018[1]: “Climate scenarios that keep global warming within Paris Agreement limits rely on large-scale application of technologies that can remove CO2 from the air on a huge scale”. The report goes on to assert that “…these technologies offer only limited realistic potential to remove carbon from the atmosphere and not at the scale envisaged in some climate scenarios”.

In fact, the two scenarios aimed at carbon neutrality by 2050 included in the EU’s 2050 Long-Term Strategy both assume that “Carbon removal technologies” will be available at a large scale in the near-future, as illustrated in figures 1 and 2.

With the upcoming impact-assessed plan to increase the EU’s GHG reductions target for 2030, Bellona Europa urges the Commission to set intermediate targets based on absolute emissions reductions – and to disclose, in detail, to what extent they rely on NETPs. While it is of vital importance that we ensure enabling conditions for the development of such technologies, we cannot allow ourselves to assume that NETPs will be available at a large-scale within a short timeframe. To prevent a potentially false sense of security, benchmark targets not relying on NETPs should also be included in the Commission’s impact assessments.

There is a real danger that relying on faulty assumptions and over-reliance on NETPs will lead to inadequate or postponed emissions reductions in the overall economy. The Commission must ensure that the EU is not faced with a rude awakening in 2030, in the likely event that large-scale application of NETPs fail to deliver at the necessary scale to reach climate neutrality by 2050. Bellona Europa recommends that NETPs be applied as ‘supplementary measures’, as they are referred to in Sweden’s Carbon Removal Strategy, to reduce their interference with emissions reductions in absolute terms.

Of particular importance is the creation and inclusion of a clear and science-based definition of what constitutes GHG removal – only including efforts permanently removing GHGs from the atmosphere. With no current standard definition, this is an opportunity for the EU to set an international standard – in-line with its clear ambition of becoming a global leader on tackling climate change.

Bellona Europa urges the European Commission to set forth a strong legal framework ensuring actual emissions reduction in absolute terms. It is the European Commission’s responsibility to ensure that the intermediate targets enshrined into law through the proposed “Climate Law” do not over-rely on uncertain estimates of the future availability of NETPs. If such an overreliance were to occur, we would fail to reach the set target of climate-neutrality by 2050. Postponing action is not an option, and this is why Bellona Europa sets forth the following concrete recommendations for the European “Climate Law”:

1. Create and include a robust and evidence-based definition and international standard of what constitutes GHG removal in the “Climate Law”, only including permanent removal from the atmosphere.

3. Include a detailed outline of the current EU intermediate emission reduction target’s reliance on NETPs in the forthcoming and future impact assessments

4. Include an EU intermediate “benchmark” emission reduction target not reliant on NETPs in the forthcoming and future impact assessments

5. Include both targets from recommendation 3 and 4 in the proposed “Climate Law”